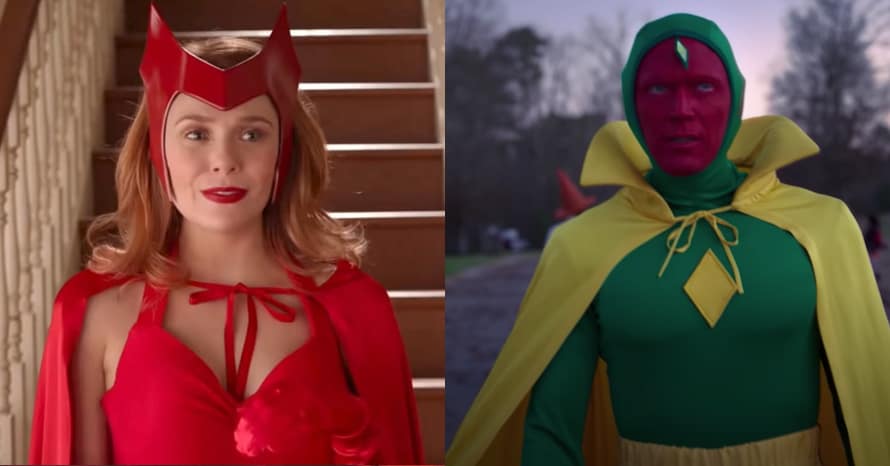 A new trailer and poster for WandaVision tease what’s ahead for Wanda Maximoff and Vision in the rest of the Disney Plus series.

Now that the fourth episode of WandaVision has lifted the curtain on Westview and answered a few more questions about the current state of the Marvel Cinematic Universe, a new trailer for the Disney Plus series teases what’s ahead for the two domesticated Avengers. Not only did the recent episode reveal what happened to a major Captain Marvel character, but it also seemingly confirmed that Wanda Maximoff has created the entire Westview reality itself – rather than being its prisoner.

The new mid-season WandaVision trailer shows off snippets of footage from episode four of S.W.O.R.D. monitoring Wanda and Vision, as well as a look at what’s ahead. Vision clearly starts to become disillusioned with his new life and tries to venture outside of Westview’s limits, while Monica Rambeau, Darcy Lewis and Jimmy Woo up their efforts in breaking inside the small town. A slick new poster also arrived, which surprisingly puts Kathryn Hahn’s Agnes in the center of the design next to Wanda, take a look below.

Life could be perfect when it’s made just for you. Marvel Studios’ #WandaVision is now streaming on @DisneyPlus. pic.twitter.com/SRfBglYfQo

What did you think to the WandaVision trailer? Where do you think the series will head now that S.W.O.R.D. is monitoring Wanda and Vision? Sound-off in the comments below!

WandaVision premieres on Disney Plus every Friday. Keep following along to stay up to date on all of the latest news surrounding WandaVision, Avengers: Endgame and the Marvel Cinematic Universe, and subscribe to our YouTube channel for more content!