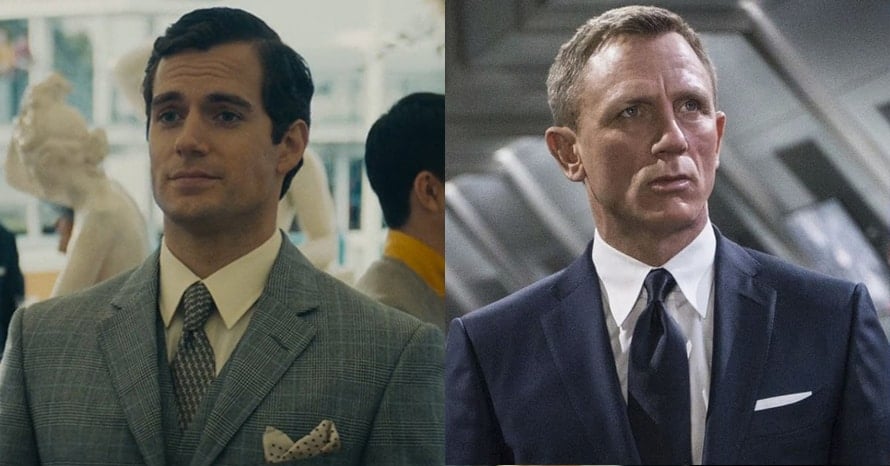 A new image sees Superman actor Henry Cavill become the new James Bond after Daniel Craig leaves the role behind with No Time To Die.

Henry Cavill is no stranger to playing formidable agents in espionage thrillers after his appearances in films like The Man From U.N.C.L.E. and Mission: Impossible – Fallout, but a new image shows him make the move into playing one of the most famous cinematic spies in history: James Bond. The Superman actor has previously revealed that he’d love to take over the mantle from Daniel Craig after he leaves the franchise behind with No Time To Die. And if that bathroom fight scene from Fallout is anything to go by, Cavill’s Bond would be a force to be reckoned with.

The new image from BossLogic pictures what the poster for Henry Cavill’s James Bond film could look like if the actor joined the series from Metro-Goldwyn-Mayer and Eon Productions. The black and white art shows off a slick look for the Superman actor, while also giving him a silenced pistol. The art uses a still from Guy Ritchie’s The Man From U.N.C.L.E. reboot in 2015 where he played CIA agent, Napoleon Solo. Although there’s still some question over whether Cavill will return to his role as Superman, it would be great to see what he could do with the James Bond character after Daniel Craig. Take a look at the poster below.

Would you like to see Henry Cavill as James Bond? What are your thoughts on Daniel Craig’s version of the legendary spy? Are you excited to see his final film in the role? Do you want to see Cavill return as Superman? Sound-off in the comments below!

No Time To Die is now scheduled to hit U.S. theaters on April 2, 2021. Stay tuned to Heroic Hollywood for all the latest news surrounding Daniel Craig, James Bond, Henry Cavill and Superman, and make sure to subscribe to our YouTube channel for more content!