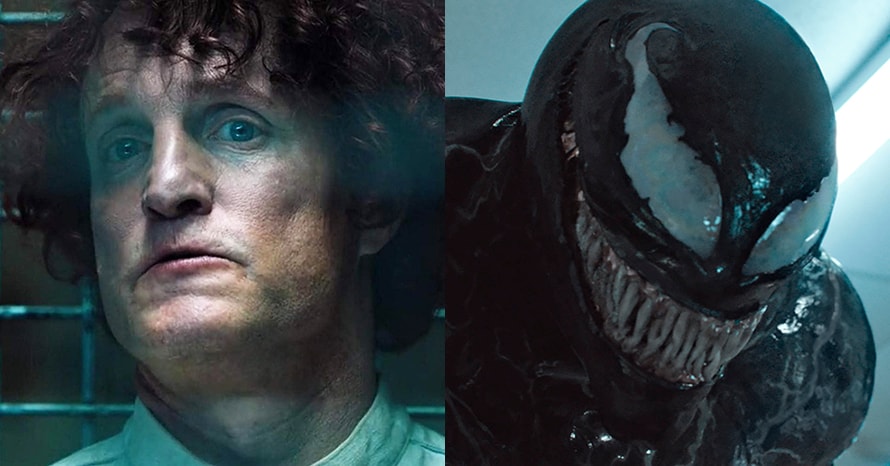 Although Venom: Let There Be Carnage was delayed (like most big blockbusters in the past year) to June 5, 2021 a new image has arrived online of Woody Harrelson inside the Carnage symbiote for the Tom Hardy sequel. Harrelson of course appeared at the end of the first film when Eddie Brock went to interview him in prison, but after seeing the recent set photos of the star, many fans are glad that the actor has ditched the curly red wig to play the villain.

The new image from ‘ediyulika’ on Instagram pictures what Woody Harrelson’s terrifying symbiote could look like in live-action and leans into the gross, body-horror nature of the character. The black streaks stretching across Cletus Kasady pay homage to the fact that Carnage was birthed from the Venom symbiote, something that should hopefully be adapted in some way during the sequel. Hopefully the Tom Hardy film leans into the real horrific threat posed by Woody Harrelson’s serial killer. Take a look below.

Are you glad Woody Harrelson isn’t wearing the wig for the sequel? What do you make of the Carnage design? Are you excited to see Woody Harrelson as the classic villain for the Venom sequel? Sound-off in the comments below!

Venom is now available on Digital HD, 4K Ultra HD, Blu-ray, and DVD. Meanwhile, Let There Be Carnage is currently scheduled to open in theaters on June 25, 2021. Stay tuned for all the latest news regarding Woody Harrelson, Venom: Let There Be Carnage and be sure to subscribe to Heroic Hollywood’s YouTube channel for more content!