SYNOPSIS: Who is Selina Kyle? That’s the question that Father Valley has taken to the streets to find out. From her humble beginnings as an Alleytown kid to her greatest heists as Catwoman, all will be revealed. Because when Father Valley asks a question, it’s best to answer…but when he’s already quoting verses, pray that it’s not already too late for you. Proverbs, 25:2. 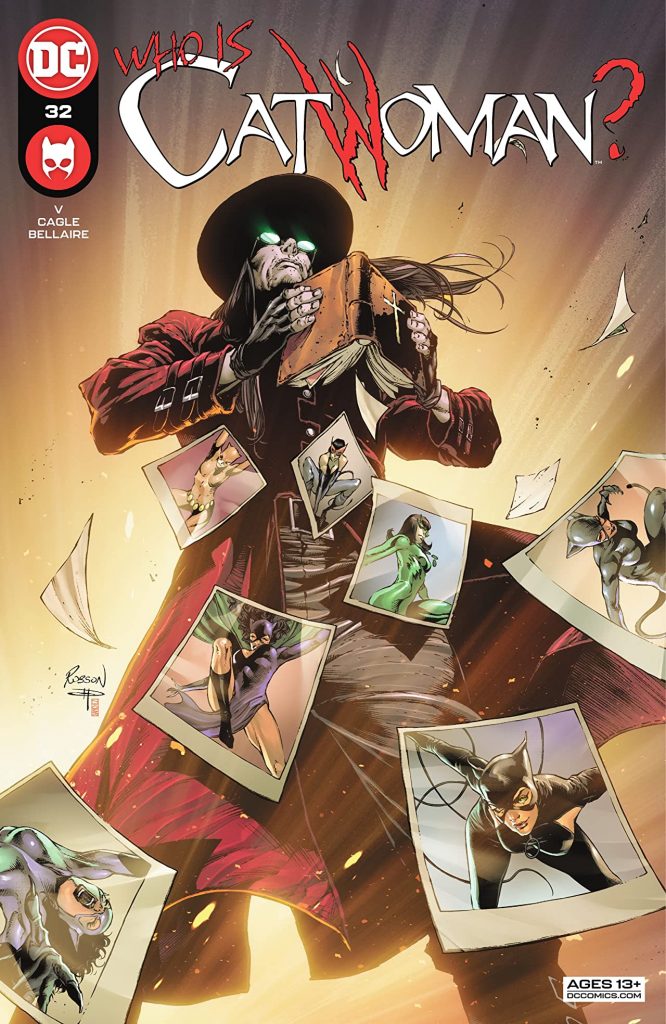 Have you ever gotten caught up in a great TV show or a movie when seemingly out of the blue, a pesky commercial pops up and frustrates the heck out of you?  It’s like, dude, I was watching that!

Welcome to Catwoman #32, the issue probably not designed to feel like the aforementioned commercial, but the issue that is likely to make you feel just as interrupted.

I’ll be honest, I’m not entirely sure what the purpose of this issue is.  The cover poses the question, “Who is Catwoman?” and the story is divided up into the perspective of three people who know Selina who are ready to answer that question based on experiences they’ve had with her.  And… that’s kind of it.

Ram V had been setting up a solid, engaging storyline, and this issue just really feels like it came out of nowhere (and not in a good way).  If you need to know anything before issue #33 comes out, give the last two pages a read, and you’ll probably be just fine.  The other 20 pages are largely purposeless.

But hey, despite the narrative negativity, I really must tip my hat to the artist on duty this month, Evan Cagle.  This book looks tremendous, and it’s quite an uptick compared to the usual work by Fernando Blanco.  You’ll notice immediately that the characters are a bit better rendered and the compositions are more effective – the overall image is just stronger.  And with the superior colors by Jordie Bellaire, your eyes are in for a treat.

Overall, this feels like a misstep in the excellent story arc that Ram’s been crafting.  But it isn’t all bad.  Tune in for the artwork – you won’t be disappointed there. – John Funderburg

SYNOPSIS: Dick Grayson trades out his escrima sticks for a magnifying glass and a sleuth hat to investigate Blüdhaven’s new mayor, Melinda Zucco, and find out how the daughter of the man who murdered Dick’s parents came to power in Nightwing’s city. But his investigative adventure is cut short when he comes face to face with the most horrendous villain in the history of Blüdhaven-HEARTLESS. 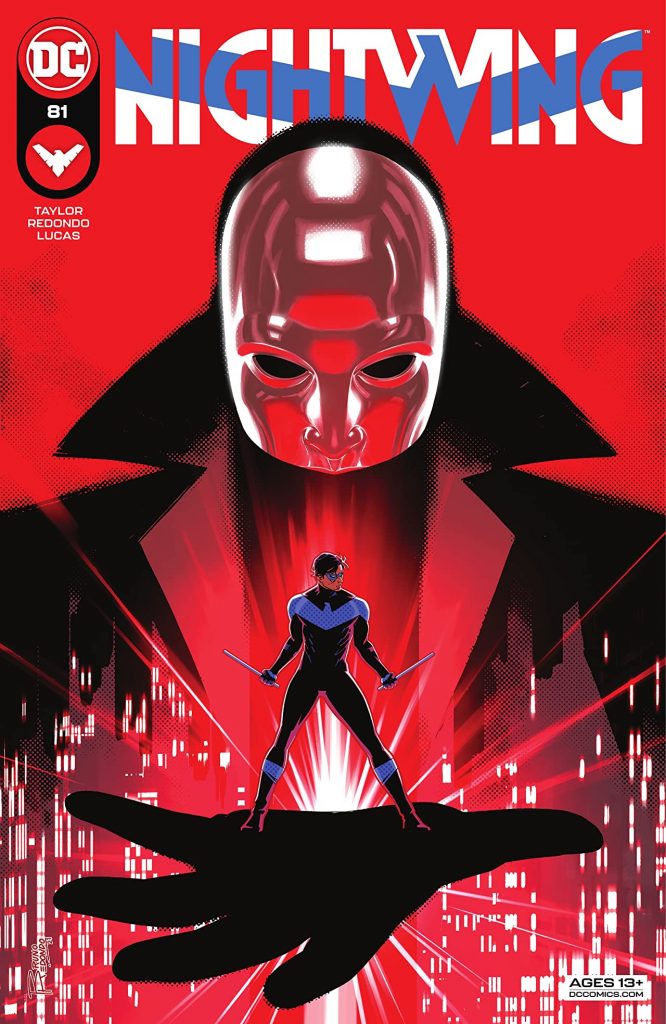 This issue had me until the final page.

Not wanting to spoil anything (this is BOF after all!) I’ll just say that the ending of NIGHTWING #81 went with one of my least favorite story choices. The kind that makes you cynical about modern-day comics, movies, TV, etc.

Right up until that plot point this was an enjoyable issue. We begin with Melinda Zucco, daughter of the gangster who had Dick Grayson’s parents killed, sworn in as the new mayor of Bludhaven. As the mob celebrates retaining high office, down below Nightwing engages the new bad guy: Heartless.

We learn that Heartless has a few new tricks up his sleeve, one being that his clothing is infrared which interferes with Barbara Gordon’s attempt to remotely help Nightwing. It’s a nice touch.

Heartless’ design stands out more than before. In some panels his mask appears to have an upper lip and a few teeth, adding an extra level of creepy to an already eerie figure. The mask is starting to give me PHANTOM OF THE OPERA vibes as well, which I’m all for.

Oh, Heartless also doesn’t care much for Nightwing’s trademark humor, asking “Do you always narrate your fights?” as Nightwing gives Babs a play-by-play of their brawl.

Artist Bruno Redondo truly can do no wrong here.

NIGHTWING #81 is a captivating story with beautiful art and dialogue to match that falls apart with the big reveal. – James Armstrong

GRADE: B- (would have been lower if not for the art)