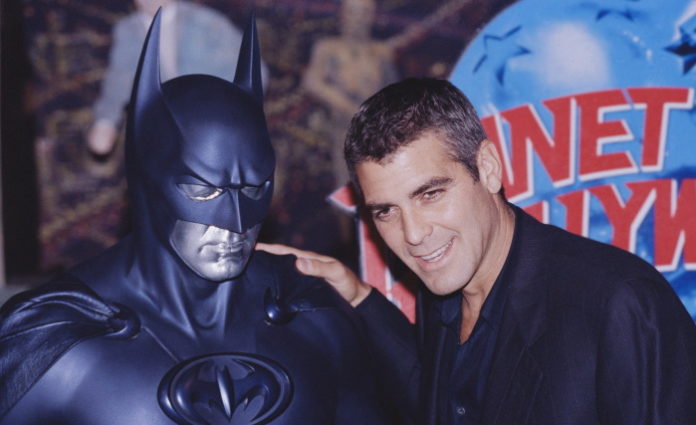 If you listen/watch “The Batman on Film Social Hour” — the official vlog of BOF — you here me open each show with a hearty “How Now!”  In case you didn’t know, that’s my nod to THE HOWARD STERN SHOW, and his “Hey Now!” is his nod to THE LARRY SANDERS SHOW.  ANYWAY…

Speaking of THSS, George Clooney was a guest this week and host Howard Stern chatted GC up about his turn as Batman in 1997’s BATMAN & ROBIN.  Here’s what he had to say followed by a video clip of his appearance… 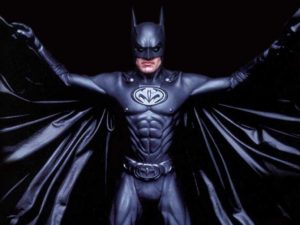 “Will you ever revisit that movie?” Howard asked.  “No,” George said. “It’s so bad that it actually hurts to watch, physically. You’ll be flipping channels and it’ll just pop up and I’m like, ‘Oh, no, no, no.”

Howard wondered if he would’ve approached the part from a different angle if he got another shot at playing Batman.  “I couldn’t have done that one differently,” GC said. “It’s a big machine, that thing. At that point, I was an actor getting an acting job.”

“The truth of the matter is: I was bad in it,” he added, explaining the script, performances, and direction were all bad despite there being such a talented cast and crew. “We all whiffed on that one,” he concluded.

While BATMAN & ROBIN was, well, not good, I’ve always thought George Clooney would’ve made a really good Batman if given the proper script/project.  In fact, I think he would make a heck of an aged/older Bruce Wayne in something like THE DARK KNIGHT RETURNS or even a riff on BATMAN BEYOND (which we’ll be getting, apparently, with Michael Keaton).

For the full interview, click on any of the links provided. Hey Now! – Bill “Jett” Ramey