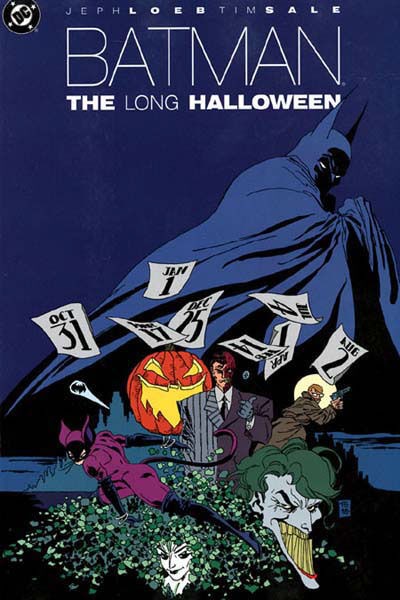 The longer a story is discussed, the better the legacy of that story will be.

In the case of BATMAN: THE LONG HALLOWEEN, the legacy is growing stronger even 25 years after its initial release.  With the release of the first issue in December 1996 all the way to the final one in December 1997, Jeph Loeb and Tim Sale crafted the definitive Batman detective story of the time and perhaps of all time.

So why does the story endure, even to this day?

Well, there are many well-known stories that have tested Batman physically and psychologically (KNIGHTFALL and BATMAN: EGO, just to name two) but no story has tested The Dark Knight’s detective skills like THE LONG HALLOWEEN.

To achieve this, Loeb and Sale used a surprisingly simple formula: take Batman and put him in a whodunit mystery and weave his legendary rogues’ gallery in and out of the story.

Of course, the whodunit in TLH is anything but simple as Batman spends a year (both in the story and in our real world, another brilliant strategy by Loeb and Sale) trying to track down the serial killer nicknamed Holiday and even when the story comes to the end, there is still enough doubt sowed in the reader’s mind as to who (or whom) the killer(s) actually is/are. (That is as much into spoiler territory as I will go if you haven’t read the story yet).

Another brilliant part of the story is how it sets up a Gotham triumvirate in the alliance of Batman, Captain James Gordon, and District Attorney Harvey Dent. We are not only witnessing the events of the story from their eyes but we also get invested in each character’s arc.

We see a still-raw Batman come to realize just how deep the corruption in Gotham goes as well as the rise of the “freak” villains such as The Joker, Mad Hatter, and Poison Ivy just to name a few.

Gordon meanwhile sees his sense of duty in ridding Gotham of that corruption start to take a toll on his marriage and relationship with his family. 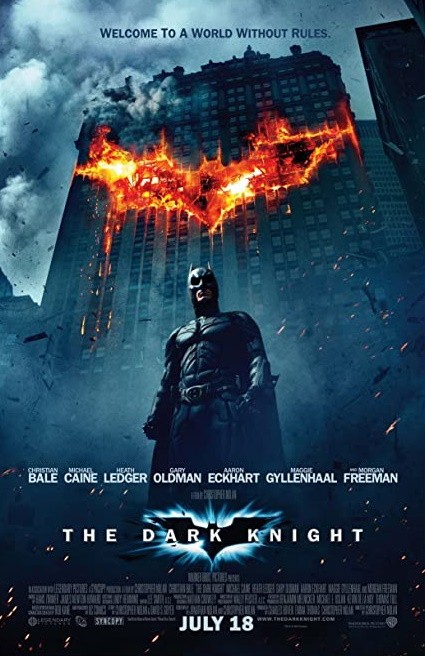 Yet no character endures as much trauma in TLH as Dent. We are introduced to him as an ambitious district attorney who is hellbent on cleaning Gotham up but as the story progresses we see a flawed hero who is consumed by inner demons when his face is scarred during the prosecution of the biggest case of his career.

Those three arcs were major inspirations for Christopher Nolan when he was developing THE DARK KNIGHT and the film’s writer David S. Goyer said in 2006 that by the time the film came out, it would be clear TLH was the major influence over both THE DARK KNIGHT as well as its predecessor, BATMAN BEGINS.

Further proof of how TLH continues to influence Batman lore will be coming to theaters in March when we are finally treated to Batman’s first solo outing since Nolan’s trilogy wrapped up in 2012.  Matt Reeves has made it clear that in his film THE BATMAN, we will see Batman in detective mode more than we have in any film before. In fact, the rumored story of Batman tracking down a serial killer sounds like it was ripped straight from the pages of TLH.

Batman’s deductive skills continue to be one of the most underexplored and underappreciated parts of the character. In fact, outside of seeing Batman take fingerprints off a shattered bullet in THE DARK KNIGHT, we really haven’t seen Batman do a lot of detective work on the big screen.

Until March 2022, that is (#TheBatmanIsComing).

To conclude, TLH deserves to be on the top shelf of Batman stories and personally, it is my own favorite of them all. It’s nice to see Warner Bros. agree as well with the animated adaptation of the story being released this summer (BATMAN: THE LONG HALLOWEEN, PART TWO comes out in just under a month). In fact, PART ONE has been hailed by many as one of the best animated Batman movies to date and some have placed it up there with MASK OF THE PHANTASM and UNDER THE RED HOOD.

Many younger fans are now being introduced to the print copy of TLH and that means the story’s legacy will only continue to grow.

In other words, long live THE LONG HALLOWEEN. – Kris Burke

Kris Burke was born and raised on two things: Batman and Green Bay Packers football. He was an extra in THE DARK KNIGHT and has a bachelor’s degree in radio/tv/film production. He’s also a staff writer over at Acme Packing Company covering the Green Bay Packers.  Follow him on Twitter @KRISBURKE.