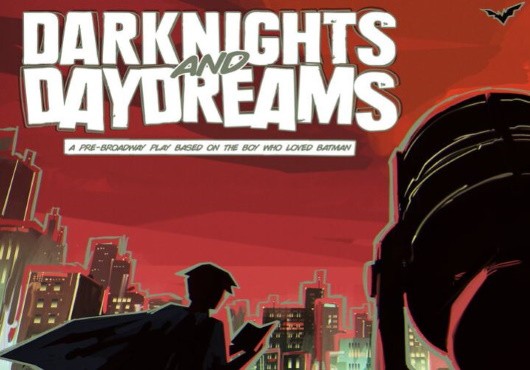 HEY NOW!  Jett here.  In case you didn’t know, Michael Uslan’s THE BOY WHO LOVED BATMAN memoir is in the early stages of being adapted as a Broadway play (CLICK HERE for details).  Check out the first Q&A with Legion M — the folks behind the project — and Michael Uslan himself as they discuss the book and this upcoming project.

If you’re a longtime reader of BOF, you know that Mr. Uslan is one of my personal Batman heroes.  Over the years, I (and BOF) have been lucky enough to interview and meet Mr. U several times, but the coolest thing is that I’ve been able to call him a friend — what an honor!

Now, on to the first DARKNIGHTS AND DAYDREAMS Q&A! – Bill “Jett” Ramey

Legion M — the world’s first FAN-OWNED entertainment company –talks with Michael Uslan, the executive producer of the BATMAN movie franchise. In this live-stream replay, we answer all your questions about DARKNIGHTS AND DAYDREAMS, our play in development based on Michael’s memoir!

Legion M works with top Hollywood creators to bring boldly original movies, TV and VR to market. Legion M is also the first company in history built from the ground up to be owned by fans. Check ’em out at www.legionm.com to learn more!  Follow us on social media at…