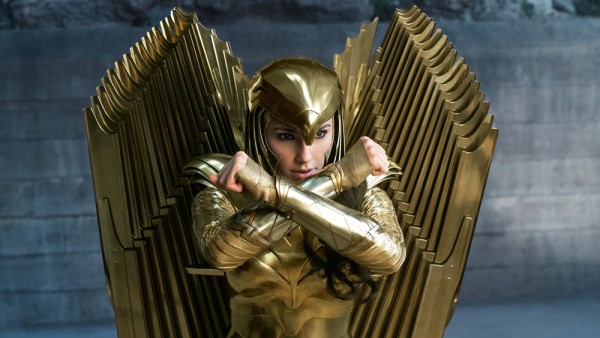 Warner Bros. has moved WONDER WOMAN 1984‘s release date (again) from October 2nd to Christmas 2020, literally, as it will now hit theaters on December 25th.  Here’s what director Patty Jenkins had to say…

First and foremost let me say how much Gal and I love all our devoted Wonder Woman fans around the world, and your excitement for ‘WW84’ couldn’t make us happier or more eager for you to see the movie. Because I know how important it is to bring this movie to you on a big screen when all of us can share the experience together, I’m hopeful you won’t mind waiting just a little bit longer. With the new date on Christmas Day, we can’t wait to spend the holidays with you!

Patty is an exceptional filmmaker and with WONDER WOMAN 1984 she has delivered an incredibly dynamic film that moviegoers of all ages around the world will absolutely love.  We’re very proud of the film and look forward to bringing it to audiences for the holidays.

Look, I know I’m doing a bit of a “bit” here, but I really have no problem with WW84 moving back essentially two and a half months if it’s better for the film’s success…same as I’d have no issue with WB/Matt Reeves moving THE BATMAN to June 3, 2022.

(Yeah, that would cause THE FLASH/FLASHPOINT to be moved back, but since it isn’t close to going in production, that would probably be a good thing.)

For more info on ALL of this, head on over to VARIETY. – Bill “Jett” Ramey