Avengers: Endgame shook up the Marvel Cinematic Universe in ways we never imagined, but Marvel Studios’ plans for Phase 4, while significantly different, are shaping up to be very exciting indeed.

Looking back over the first three Phases, though, there are a lot of characters who could factor into what comes next, particularly when it comes to the villains! Sure, Marvel now has access to more baddies than ever before (after regaining the X-Men and Fantastic Four rights) but that doesn’t mean this lot should be forgotten about.

What we’re taking a look at here are the bad guys we want to see make a comeback during Phase 4, some of whom you may have forgotten about, and others you’ll surely be desperate to see again.

So, to take a look through our suggestions, all you guys have to do is hit the “Next” button below! 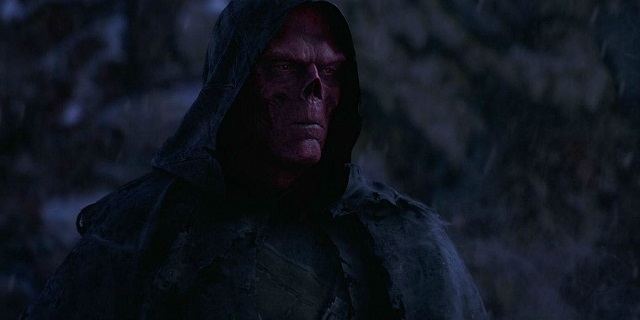 The Red Skull made his return in Avengers: Infinity War, but his future in the MCU was very much left up in the air, even after he showed up in Avengers: Endgame last year to fulfil a similar role.

The question is, has he been freed from Vormir in order to finally return to Earth and get his vengeance on Captain America (well, the new one) or does he remain trapped, a shadow of his former self? It’s impossible to say, but Ross Marquand did a fantastic job, so him reprising the role and possibly putting some of those supernatural powers to good use would be no bad thing.

Perhaps a surprise return in The Falcon and The Winter Soldier is possible? If not, we’re still hoping for that Captain America movie following Steve Rogers as he travelled back through time. 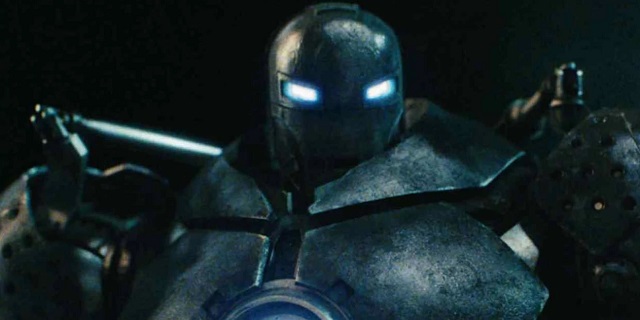 Iron Monger is, well, dead, but we’re not suggesting that Obidiah Stane make a miraculous return from the grave. Instead, it would be much better to see his son Ezekiel Stane make his presence felt in Phase 4 not to battle Tony Stark (he’s dead now too), but to square off with Ironheart.

Wearing a suit of armour he’s spent years perfecting since his father’s demise, Zeke could pose a problem for any number of heroes, but having Riri Williams deal with Iron Man’s legacy by facing the son of his first foe does make sense, and has a lot of strong storytelling potential in the MCU.

Perhaps this could even lead to a loose adaptation of the classic “Armor Wars” storyline? 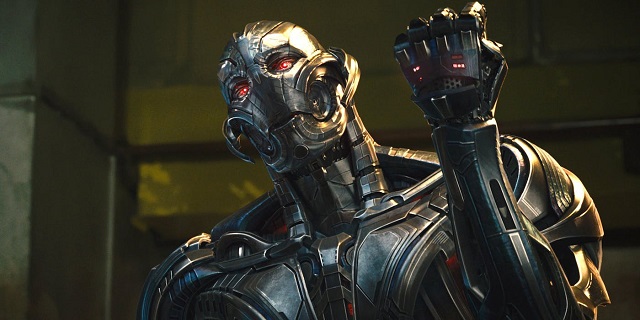 Joss Whedon did a great job with Ultron in Avengers: Age of Ultron (even if he did let off a few too many wisecracks), and while it appeared as if The Vision destroyed him at the end of that sequel, the door has to be open to the android once again taking aim at Earth’s Mightiest Heroes in the MCU.

There are many ways Ultron could make a comeback; it could be as an outer space villain in a Guardians of the Galaxy movie or even back on Earth when he assembles the Masters of Evil.

Whatever the case may be, Ultron should not be a one and done villain, and we’d love to see what another filmmaker would do with him. One thing that’s certain, though, is that James Spader should return to voice him because it’s hard to imagine anyone else doing a better job than he did in 2015. It still appears as if another Hulk movie isn’t going to happen due to those complicated legal issues with Universal Pictures, but that doesn’t mean Marvel Studios can’t continue utilising characters from the Jade Giant’s world, and it looks like they’re going to do exactly that in Disney+’s She-Hulk.

The Abomination has presumably been in S.H.I.E.L.D. custody ever since the events of The Incredible Hulk, and Marvel wouldn’t even need to bring Tim Roth back (assuming he doesn’t wish to return) considering the fact the villain is a CGI creation. This guy is a heavy hitter and would be a fantastic addition to any villainous group that steps up to challenge The Avengers.

Fans want to see this happen too, and we’re sure Kevin Feige and company are well aware of that. 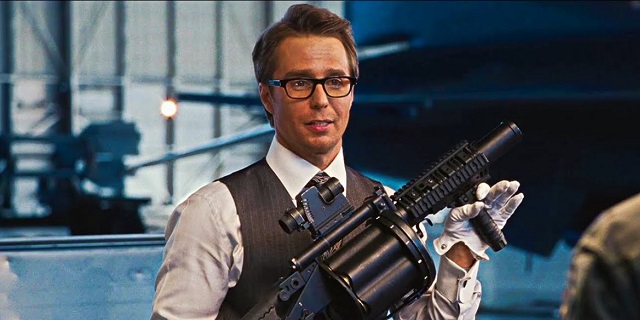 Iron Man 2 was a mess, but an undeniable highlight was Sam Rockwell’s Justin Hammer. The actor made a brief and unexpected return in the “All Hail the King” One-Shot, but hasn’t been seen since. However, he could have easily escaped alongside Sir Ben Kingsley’s Trevor.

Another villain who could set his sights on Riri Williams/Ironheart or even design some armours for a group like the Masters of Evil or Norman Osborn’s Dark Avengers, there’s still so much more that could be done with Hammer on the big or small screen. Even if he’s just a supporting player, Hammer can make an impact in the MCU with ease.

Maybe we’ll see him helping out the real Mandarin in Shang-Chi and the Legend of the Ten Rings? 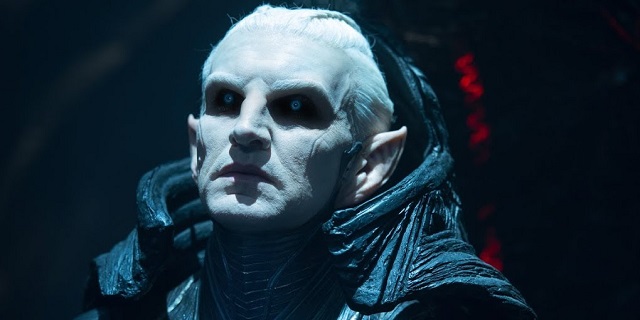 Christopher Eccleston didn’t enjoy his time as Malekith in Thor: The Dark World and, if we’re being honest, we’re not exactly desperate to see him return to the Marvel Cinematic Universe.

However, the character is one with a lot of potential, and it would be a shame not to see him match wits with the Mighty Thor in Taika Waitit’s Thor: Love and Thunder. Honestly, we’re not entirely sure how his return could be explained, but Marvel Studios can do doubt find a way to figure it out.

We definitely want to see a different actor playing the villain, though, and Christian Bale – who is reportedly part of the movie – wouldn’t be a bad choice if Waititi heads in that direction. We’ll see! 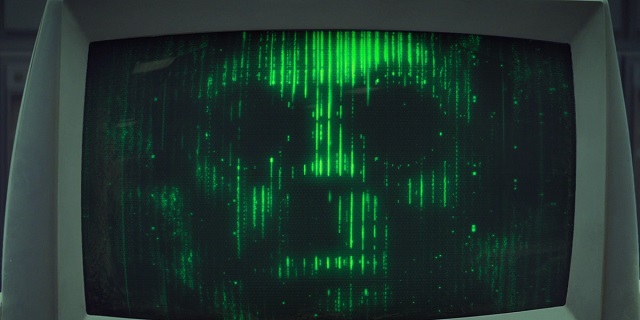 Arnim Zola made an awesome surprise return in Captain America: The Winter Soldier, but was seemingly destroyed when that old S.H.I.E.L.D. base was blown up. However, this is a world of superheroes and supervillains, so who’s to say he couldn’t have transferred his mind elsewhere before building himself a robot body?

Sure, he’s on the goofier side of the spectrum when it comes to bad guys but that doesn’t mean this wouldn’t work, and as we’re not getting another Captain America movie for now, we can’t help but think that he would be a great fit for The Falcon and The Winter Soldier TV series which is hopefully coming to Disney+ this year.

Regardless of whether he appears there or somewhere else, though, he needs to have that robotic body! 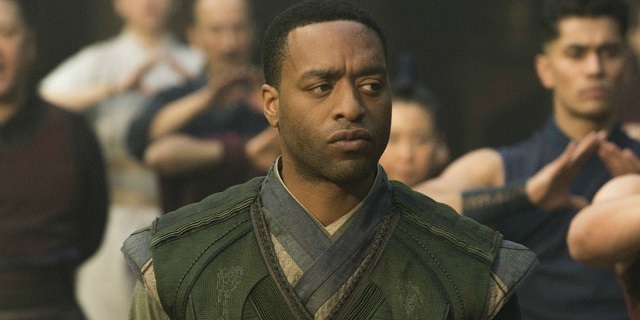 Doctor Strange ended with Karl Mordo making his new villainous nature known, and it’s been semi-confirmed that we’ll see him return in Doctor Strange in the Multiverse of Madness. Whether he’s the lead villain or a secondary bad guy, there’s an awful lot that can be done with Mordo now that he’s on a mission to take magic away from those he doesn’t believe deserve it.

That’s bound to lead to him crossing paths with Strange again, and the battle between these two could be downright epic, especially if Nightmare – the one-time rumoured top choice of villain for the sequel – ends up also making an appearance.

Ultimately, our biggest concern would be whether Sam Raimi’s movie can do him justice and, if that’s not the case, it’s probably going to be better leaving him on the shelf until further down the line. That way, the character can receive the screentime and story arc he deserves in the MCU. 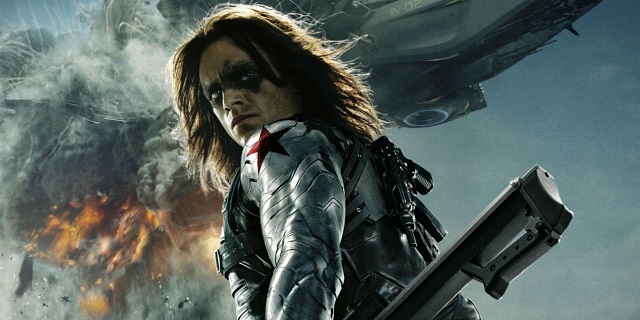 No, we’re not suggesting that Bucky return to his villainous ways, but it is absolutely essential that the Winter Soldier makes his return in the Black Widow movie coming out this November.

We know that Natasha has history with the Hydra assassin, so even if this ends up being little more than a cameo, it would be fascinating to learn more about that and great fun seeing the Winter Soldier when he was doing the whole assassin thing we caught a glimpse of in the Captain America: The First Avenger sequel.

It’s also possible that we’ll get some flashbacks to this era of Bucky’s life in The Falcon and The Winter Soldier, but it’s more likely that series will focus primarily on the future of these heroes. While it’s true that his origin story was a tad uninspired and rushed compared to his comic book counterpart, it would still be amazing to see Gargan suit up as the Scorpion. However, Marvel Studios will need to flesh him out if he does return, regardless of whether he’s a lead villain of playing a supporting role to rumoured big bad Kraven the Hunter.