Being put under lockdown sucks, but it’s something many of us are now having to do in order to try and halt the spread of COVID-19 and protect our respective health systems being overwhelmed.

While many people are able to work from home, others are stuck with nothing to do, but it’s fair to say that we could all use an escape. Luckily, the Disney+ streaming service is packed full of great content, and while it’s possible the likes of The Falcon and The Winter Soldier and WandaVision will be hit by delays, there’s plenty to keep us going in the meantime.

With that in mind, we’re now taking a look at ten must-see movies and TV shows you need to watch!

Sure, this list could consist solely of animated Disney classics, Marvel movies, and Star Wars adventures, but we’ve hopefully compiled some titles you may not have otherwise considered.

To check out our suggestions, all you guys need to do is click on the “Next” button down below.

10. Empire Of Dreams: The Story Of The Star Wars Trilogy 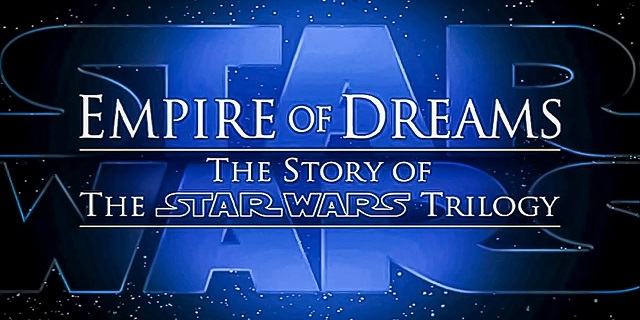 Filmed in 2004, Empire of Dreams is a documentary helmed by filmmaker Kevin Burns and narrated by Robert Clotworthy. Delving into the making of Star Wars, The Empire Strikes Back, and Return of the Jedi, the two-and-a-half hour long film is packed full of fascinating behind the scenes details.

Divided into five parts, it starts with an in-depth examination of George Lucas’s career as a director before exploring the complicated production of A New Hope, the impact that film had, the making of the sequels.

A lot of big names – including Walter Cronkite, Steven Spielberg, Ralph McQuarrie, and all the main cast members – share their thoughts on the Star Wars franchise, and while the documentary is old, it’s a must-see for any fan. You’ll learn a lot, and hearing from the cast is extremely rewarding. The Imagineering Story is a six-part documentary which offers a behind-the-scenes look into the sixty-seven year history of Walt Disney Imagineering – the creative engine that designs and builds all Disney theme parks, resorts, attractions, and cruise ships worldwide.

Directed by Leslie Iwerks, an Oscar and Emmy nominated filmmaker who has a storied history in the world of Disney as the daughter of Disney Legend Don Iwerks and granddaughter of Ub Iwerks, the animator and co-creator of Mickey Mouse, the series touches on everything from the opening of the parks to the launch of areas like Pandora and Galaxy’s Edge.

It makes for fascinating viewing, and if you’re a fan of Disney World and Disneyland, you’ll love this series. We actually caught up with Iwerks last year, so click HERE to check that out. 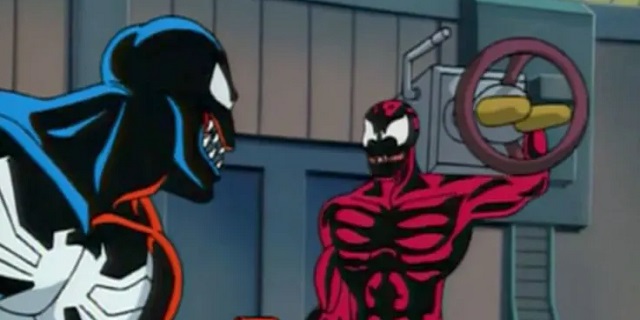 Spider-Man: The Animated Series aired in the 90s during what proved to be a truly great time for Marvel properties in that realm. There’s something particularly special about this one, though, and plenty for fans of the source material to appreciate (including some spectacular takes on characters like the Green Goblin, Venom, and Hobgoblin).

There’s a lot of ambitious storytelling on display here, including multi-part episodes and crossovers with some of the aforementioned animated TV shows we mentioned above.

If you grew up watching this series, you’ll get a guaranteed (and satisfying) nostalgia trip, while newcomers to the series are bound to find plenty to enjoy, especially if you’re a Spider-Man fan. 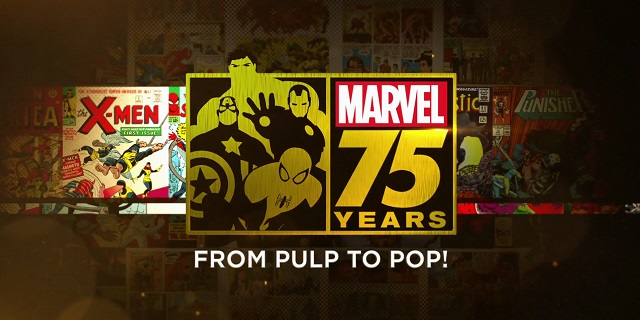 Released in 2014, this 40 minute documentary probably won’t satisfy a lot of hardcore fans (it’s very much a surface look at the evolution of the Marvel Cinematic Universe), but with input from Stan Lee, Clark Gregg, Todd McFarlane, Louis D’Esposito, and more, it makes for enjoyable viewing.

At this point, it goes without saying it’s a little dated, but it’s fun to look back at the early days of this shared world…even if it’s just to see how much has changed over the past five years or so.

If you’re after something a little more contemporary, then Assembling A Universe is a good shout, especially as it includes concept art from The Falcon and The Winter Soldier and even footage from What If? Disney+ really could do with an in-depth Marvel Studios documentary, though! 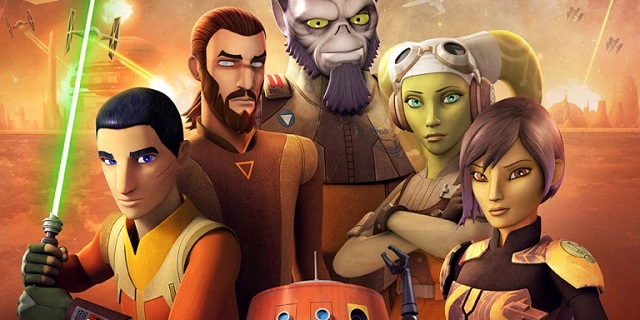 Following the news that Rosario Dawson will take on the role of Ashoka Tano in The Mandalorian season two, now is definitely the right time to delve into this series and find out both what became of that character (this was the last place we saw her) and the Darksaber now wielded by Moff Gideon.

That aside, the first Disney produced animated Star Wars TV show also introduced a lot of great characters to the franchise’s mythos and filled in some big gaps between Episode III and IV.

Throw in appearances from characters like Darth Vader, Darth Maul, and The Emperor, and even the most casual of fans will find something to appreciate. Of course, you’ll probably get the most enjoyment out of the series if you’ve watched the one that came before it… If you’re looking for something to binge, then The Clone Wars will keep you entertained for a long time. There are over 100 episodes to delve into, including new instalments added on a weekly basis.

Those are filling in some big gaps, and while the series got off to something of a rocky start, as soon as it begins to create some continuity, you’ll find yourself lost in this Galaxy Far, Far Away. Darth Maul’s story is expanded on in a particularly satisfying manner, and this is also where it all began for the young Ashoka Tano.

Honestly, The Clone Wars might be the best thing George Lucas did after the hit and miss prequels, and it’s a legitimate shame that those live-action movies weren’t anywhere near as good as this show. 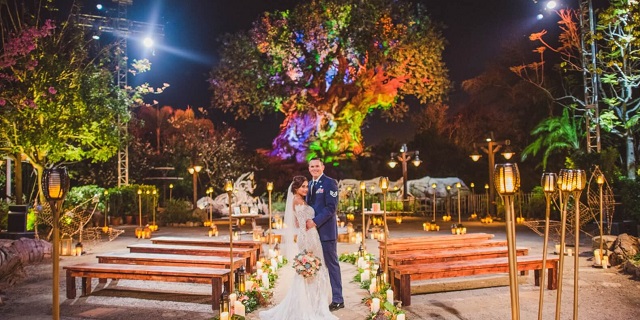 We’re guessing you probably didn’t expect to see a title like this here, but bear with us! Like The Imagineering Story, you’ll get the most out of this one if you’re a Disney Parks fan, as the series takes us inside those to show dream weddings which have taken place in Disney World.

It’s all a bit artificial (like any reality TV series), but it’s hard not to feel good after seeing a couple get their “Disney Fairy Tale Wedding” in front of the Tree of Life or in the middle of Magic Kingdom!

If you’re looking for something to watch with your other half or just need a pick me up, you can definitely do worse than this, and it makes for easy viewing at a time when you might want to just switch off. There are a lot of Marvel Studios movies on Disney+ (all of them, in fact, in the UK), but we have to single out Avengers: Endgame here. The finale to over a decade’s worth of stories, the Russo Brothers delivered an absolute masterpiece here, and there are too many amazing moments to count.

Perhaps the main highlight is Captain America finally saying “Avengers Assemble!” as he wields Mjolnir and leads hundreds of heroes into battle, while Iron Man’s sacrifice is a real tear-jerker.

It’s just a damn good superhero movie with something for everyone, and with a runtime of three hours, it will certainly help you pass the time. Throw in the fact that Disney+ is loaded with deleted scenes which weren’t on the Blu-ray, and you can have a lot of fun with Avengers: Endgame here. 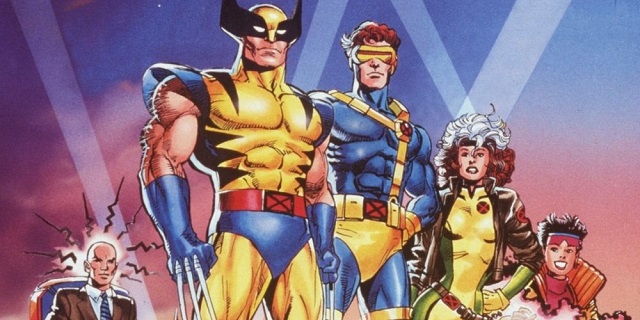 X-Men: The Animated Series is another classic, and while the animation is undeniably rough, it’s impossible not to get something out of this show if you’re a fan of Marvel’s mutant superheroes.

Several classic storylines are adapted over the course of the series, while you can look forward to seeing everyone from Magneto to the Sentinels, Mister Sinister, and the powerful Apocalypse.

Fantastic Four is fine, and The Incredible Hulk is only okay, but X-Men: The Animated Series is an absolute gem. If you can get past some if its flaws, then you’re definitely in for a fun ride here. 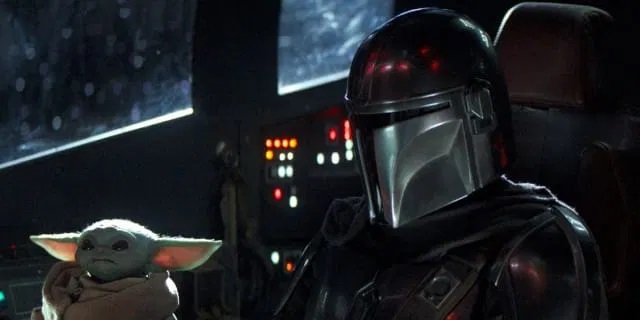 Surely you’ve already watched this by now, right? If not, then now is the best possible time to check out the entire first season of The Mandalorian (possibly even in a single sitting given the surprisingly short runtime of each chapter).

By far the best thing Disney has done with the Star Wars franchise since they purchased Lucasfilm, you don’t even need to be a fan to enjoy the series which revolves around a badass bounty hunter and an adorable child…better known as Baby Yoda online! It’s an undeniably enjoyable adventure from start to finish, and it often makes for real edge of your seat viewing.

For fans, The Mandalorian should absolutely not be missed, especially as it’s the first live-action project from Disney to start filling in the gaps between Return of the Jedi and The Force Awakens.