The Arrowverse is often considered one of the crown achievements of the CW as well as when it comes to DC television programs in general. Starting with Arrow, the universe rapidly expanded over the years to include the likes of The Flash, Supergirl, Legends of Tomorrow, Constantine, Black Lightning, Batwoman, and the upcoming Superman and Lois and Green Arrow & the Canaries.

We recently spoke with one of the creators of the Arrowverse, who has been imprinting his creative fingerprint on the comic book television industry — Marc Guggenheim himself. When chatting with the executive producer/director/screenwriter in support of Tales of Arcadia: Wizards, we couldn’t help ourselves from asking questions about Crisis on Infinite Earths, Legends of Tomorrow, and Arrow.

Marc dishes on the death of Oliver Queen and whose decision it was, the tone of the series and Oliver’s journey, and bringing the show to an end. As always, if you’re interested in hearing the audio component of this interview, which happens to be my birthday special, click play on the podcast player below. We chat about Arrow around 16:00. Otherwise, scroll down to read the written transposition!

Literary Joe: Was Oliver’s fate your decision? I know Arrow is significant to you as it started it all. So, is that something that came from you, or is it something you had to learn to deal with?

Marc Guggenheim: I, from the jump, was always advocating for Oliver to die. And the reason for that is that if you look at who Oliver Queen is a person when you meet him in the pilot, he’s this spoiled jerk before he gets marooned on Lian Yu. 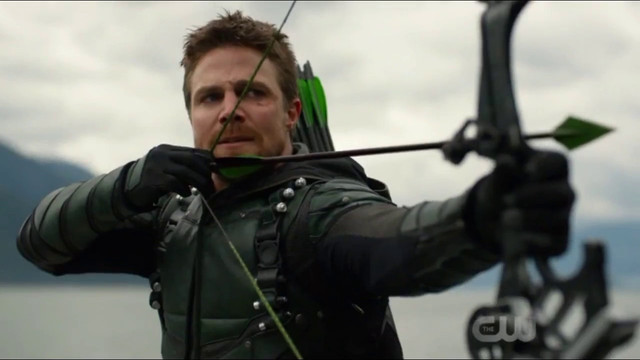 But even when he comes back from those five years in hell, he’s the equivalent of a serial killer, especially in the first season.

And I’ve always felt that the amount of blood he has on his hands has to be repaid with his blood ultimately. And it never really occurred to me that his story should end any other way.

Now, the original plan was that I always assumed he would die in the last episode of the show. But once we knew that Crisis on Infinite Earths was lining up with Arrow’s final season, we changed some things. 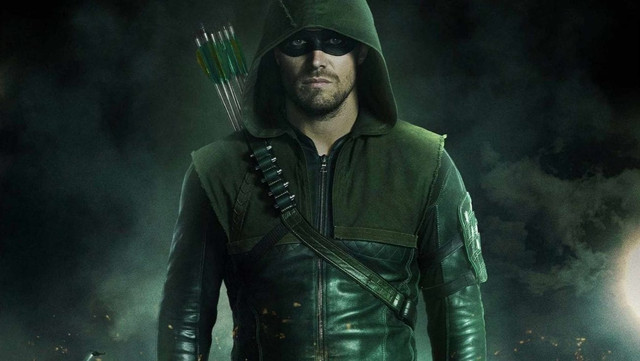 Literary Joe: Right, it kind of worked out perfectly.

Marc Guggenheim: I think so. I know that there’s a lot of fans who feel like Oliver deserved a happy ending. And I would say, for my money, that we gave him the Arrow version of one.

Arrow has always been a dark show, and I think the show has sort of thrived in its darkness. And that’s one of the reasons why the idea that he would get a traditional happy ending, where he gets to run off into the sunset with his wife, and his daughter felt in congruence with the tone of the show.

Literary Joe: Definitely, and I think that from a character standpoint and from Oliver’s point of view, I definitely think that the ending that he got is the ending that he’s always expected he was going to line up based on all the choices in his life and based on everything that’s led to this point.

What do you think of Guggenheim’s comments regarding Crisis on Infinite Earths? Did you enjoy the mega-crossover event?

Check out the trailers for Crisis on Infinite Earths as well as his upcoming project with Guillermo del Toro (Pan’s Labyrinth), Tales of Arcadia: Wizards. And be sure to share your thoughts in the usual spot!

Join our favorite supernatural heroes on a time-bending adventure to medieval Camelot. The magic continues the final chapter of the Tales of Arcadia saga, Wizards.