Following a blockbuster run at the worldwide box office, Sony Pictures Home Entertainment has officially announced that Bad Boys For Life will arrive on Digital HD on March 31 and on 4K Ultra HD, Blu-ray and DVD on April 21.

The long-awaited sequel, which was directed by up-and-comers Adil El Arbi and Bilall Fallah and brought back stars Will Smith and Martin Lawrence, was received well both critically and commercially, resulting in quite a bit of box office fortune in what’s traditionaly one of the quietest parts of the theatrical release calendar.

At the time of this posting, Bad Boys For Life is the highest grossing film of the year, having grossed over $421.2 million worldwide ($204.4M domestic; $216.8M foreign) on an estimated $90 million production budget and has remained a Top 10 film domestically since its release. Also, with theaters currently shut down across the globe due to the coronavirus pandemic, it seems increasingly likely it will remain atop the list for the foreseeable future.

The upcoming home video combo pack will contain over 50 minutes of never-before-seen bonus features, including an exclusive alternate ending, extended and deleted scenes, a hilarious blooper reel, an Easter Eggs featurette and a whole lot more.

WITH OVER 50 MINUTES OF BONUS FEATURES INCLUDING AN ALTERNATE ENDING,
EXTENDED AND ADDITIONAL SCENES, BLOOPERS, EASTER EGGS AND MORE

CULVER CITY, CALIF. (March 23, 2020) – Will Smith and Martin Lawrence are back on the case in the roles that launched the dynamic duo to global superstardom in BAD BOYS FOR LIFE. The action-packed comedy that has earned over $400 million dollars at the worldwide box office and a Certified Fresh rating by Rotten Tomatoes, explodes onto Digital March 31 and 4K Ultra HD™, Blu-ray™ and DVD April 21 from Sony Pictures Home Entertainment. BAD BOYS FOR LIFE was produced by Jerry Bruckheimer, Will Smith and Doug Belgrad, executive produced by Chad Oman, Barry Waldman, Mike Stenson and James Lassiter and directed by Adil & Bilall.

BAD BOYS FOR LIFE brings even more laughs and thrilling action to 4K Ultra HD, Blu-ray and Digital, with over 50 minutes of special features, including an alternate ending from the film’s high-octane final showdown, all-new and extended scenes, outtakes and bloopers, Easter eggs, an exclusive peek at the making of the film and a look back at the first three installments of the hit franchise. The DVD includes extended and alternate scenes, bloopers and more.

The original Bad Boys, Mike Lowry (Will Smith) and Marcus Burnett (Martin Lawrence), are back. After a string of assassinations and an attempt on Mike’s life, he convinces a hesitant Marcus to hold off retirement and partner one last time. Together, they team up with AMMO, the new hotshot division of the Miami PD, to take down the merciless head of the Aretas Cartel. Rounding out the cast are Vanessa Hudgens (Spring Breakers), Alexander Ludwig (TV’s “Vikings”), Charles Melton (TV’s “Riverdale”), Paola Nuñez (TV’s “The Purge”), Kate del Castillo (The Book of Life), award-winning recording artist Nicky Jam and Bad Boys franchise veteran Joe Pantoliano.

BAD BOYS FOR LIFE has a runtime of approximately 124 minutes and is rated R for strong bloody violence, language throughout, sexual references and brief drug use. 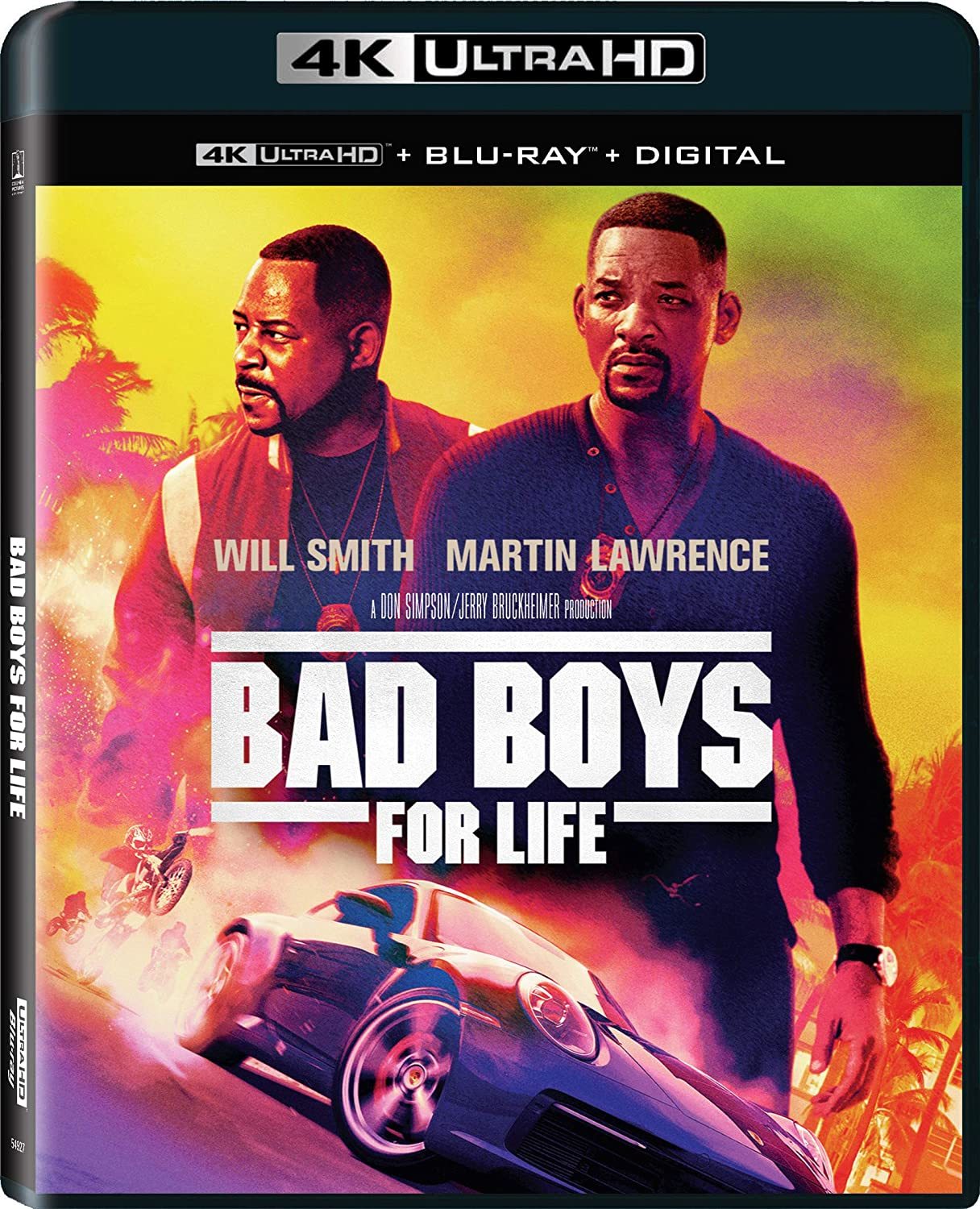 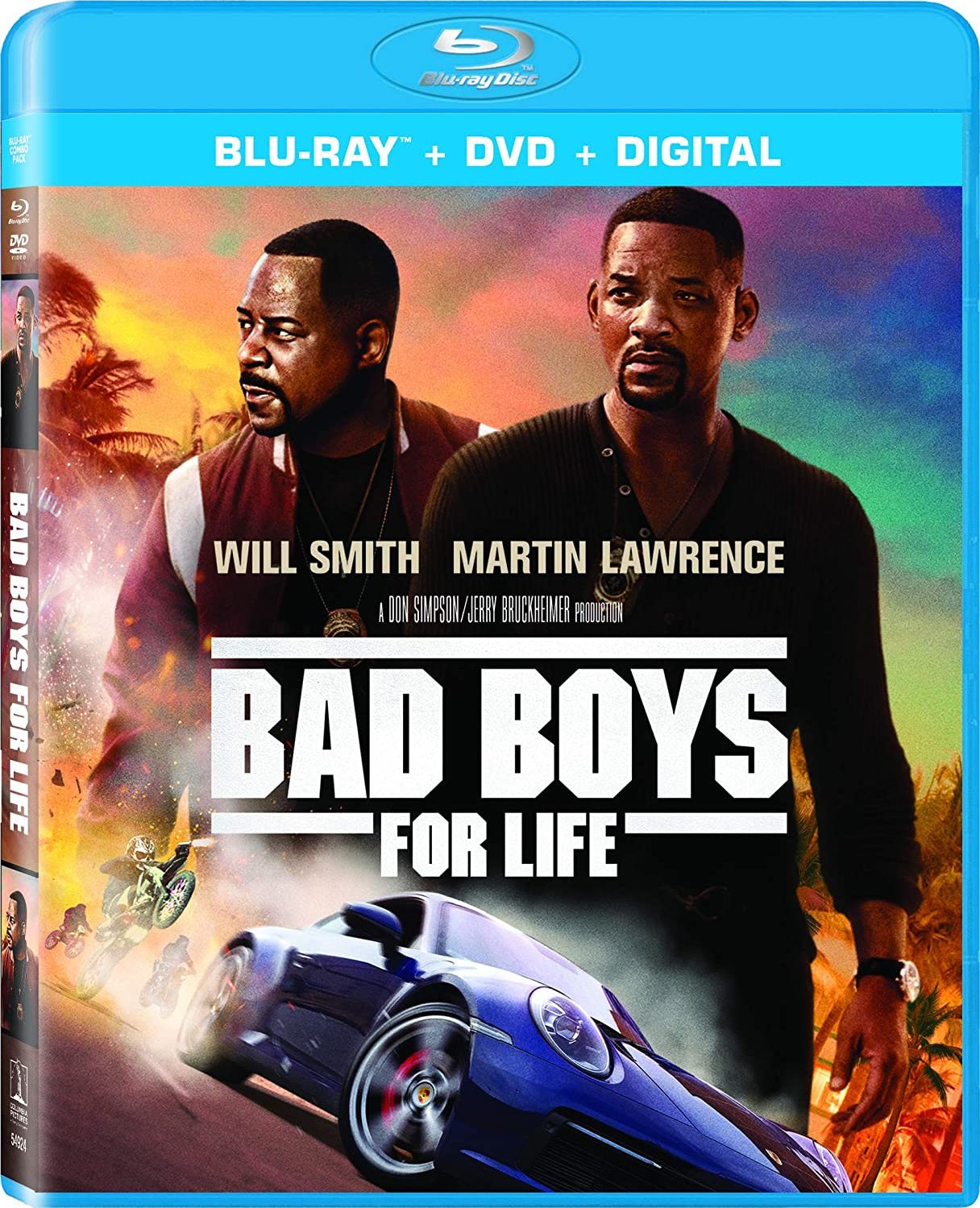 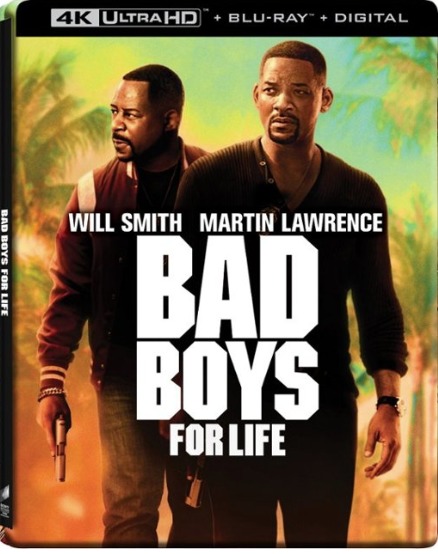 The Bad Boys Mike Lowrey (Will Smith) and Marcus Burnett (Martin Lawrence) are back together for one last ride in the highly anticipated Bad Boys for Life.

Bad Boys For Life arrives on Digital HD on March 31
and on 4K Ultra HD, Blu-ray and DVD on April 21