Birds of Prey (And the Fantabulous Emancipation of one Harley Quinn) concept artist Greg Hopwood has shared an early design for Huntress, and the character looks a lot more like her comic-book counterpart! After sharing some unused designs for Harley Quinn and Black Canary last month, Birds of Prey (And the Fantabulous Emancipation of one Harley Quinn) concept artist Greg Hophood has now given fans a look at an early design for Huntress, who was played by Mary Elizabeth Winstead.

Helena Bertinelli’s “costume” for the majority of the movie was simply a modified motorcycle suit, and although she did don a mask and an outfit more closely resembling Huntress’ original duds right at the end of the film, it still wasn’t quite comic-accurate enough for many fans of the character.

However, if this artwork is any indication, there were plans in place for Huntress to sport a very different look. The actual costume isn’t a million miles away from the one we saw when the Birds of Prey team was formed, but that mask is definitely more recognizable as Huntress’ signature headgear. 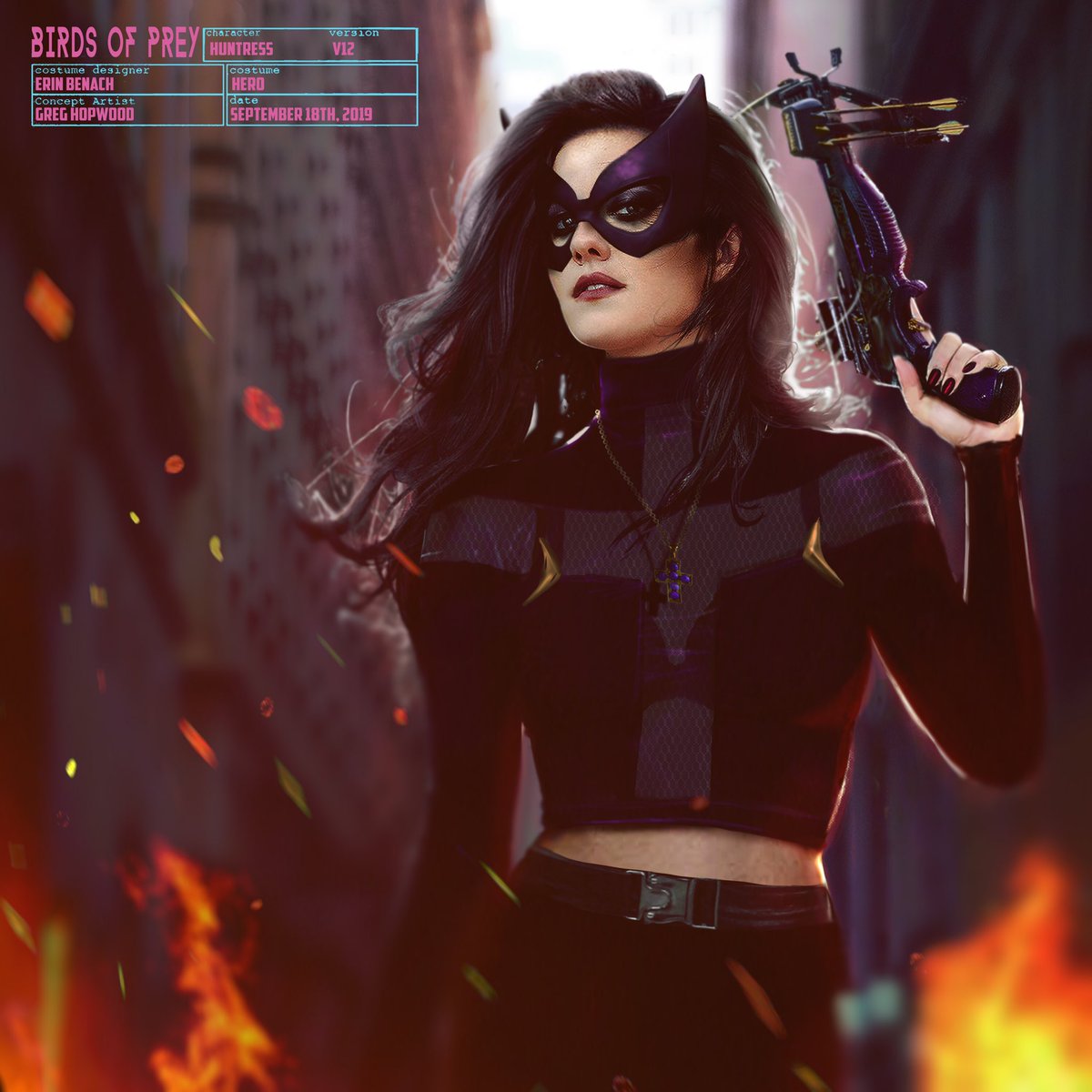 In case you missed them, we also have some alternate designs for Harley and Canary – although these are actually quite close to what ended up on-screen.

In my quarantine dreams … ♥️🖤 pic.twitter.com/oWYv112WMu

I was fortune enough to work directly with @CathyYan and the Hair & Makeup department on some hair studies for @jurneesmollett character #blackcanary. Which one is your favorite? pic.twitter.com/2CnEVrYZU5

Nothing says, “Happy Valentine’s Day” like a sh!t-canned #HarleyQuinn drowning her sorrows and dealing with her broken heart in the healthiest way possible! #happyvalentinesday go see @birdsofpreywb in theaters now! pic.twitter.com/OMQ20GnHaL

Birds of Prey is now available on Blu-ray and Digital platforms.