Skip to content
Welcome to another roundup of Marvel news! There’s a lot out there to cover, but rather than writing up every single piece of fresh intel in separate articles, we’ve collected it for you in one place.

Today, we’re kicking off with even more great concept art from Avengers: Endgame before moving on to some very interesting new comments from The New Mutants director Josh Boone about which universe that ties into. Oh, and unfortunately, another Marvel video game has also been delayed!

Most interesting, though, is a possible synopsis for Doctor Strange in the Multiverse of Madness which may shed some light on what Marvel Studios has planned for the Sorcerer Supreme.

There’s lots of great content here for fans of the Marvel Cinematic Universe (and beyond), so all you have to do to check it out is click on the “View List” button down below… 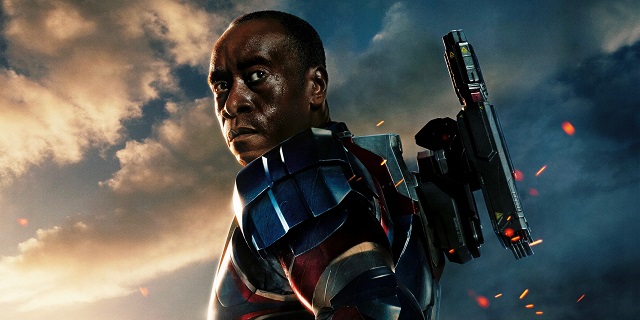 Don Cheadle had his biggest MCU role to date in Avengers: Endgame and during last week’s Television Critics Association press tour, the actor touched briefly on where he’d like to see War Machine go next now that Iron Man is dead and gone.

“If there were to be one,” he said regarding a future appearance as Rhodey, “I’d really want to dig into him and maybe even find something that felt closer to the first Iron Man for who he was. I think they can go anywhere with him now.”

The New Mutants Is An X-Men Movie (Whatever That Means) 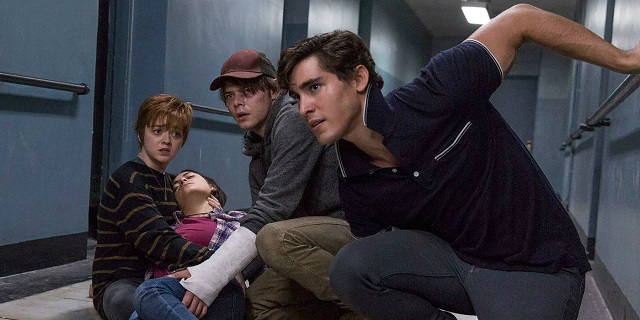 Kevin Feige has plans to reboot the X-Men franchise for the MCU but Disney is still giving The New Mutants a theatrical release. Now, director Josh Boone has told Digital Spy that his movie will indeed include references to the X-Men Universe which ended with Dark Phoenix last year.

After stating that The New Mutants is “absolutely an X-Men movie,” he added, “There’s references and things that happen that are part of the greater whole, but we very much wanted it to tonally and aesthetically stand on its own.” The filmmaker wouldn’t address whether anything we see in it carries over to the MCU but did share his hopes that it could happen down the line.

“I’m sure in some world in the future, these things will all connect, but these movies will stand on their own,” he said. “If you put all the X-Men kids from a PG-13 X-Men movie into Deadpool, it’d be a weird match. This is sort of the same way. I’d be interested to see how they were able to do that because the tone of ours is so different.”

Korg And Miek Go To War In Avengers: Endgame

In this amazing piece of concept art shared by Jackson Sze, we see Korg and Miek heading into battle during Avengers: Endgame‘s final fight. They could be spotted in the melee alongside dozens of other heroes but it would have been great to see a sequence like this putting the spotlight on the duo!

A Possible Synopsis For Doctor Strange In The Multiverse Of Madness Last week, a synopsis started doing the rounds for Doctor Strange in the Multiverse of Madness which claimed to shed some light on what fans can expect from the currently director-less sequel.

Well, a new listing from Production Weekly shares the same synopsis which adds some legitimacy to it.

“After the events of Avengers: Endgame,” it reads, “Dr. Stephen Strange continues his research on the Time Stone. But an old friend turned enemy seeks to destroy every sorcerer on Earth, messing with Strange’s plan and also causing him to unleash an unspeakable evil.” That’s like a reference to both Mordo’s return and the emergence of Nightmare, the movie’s rumoured villain. 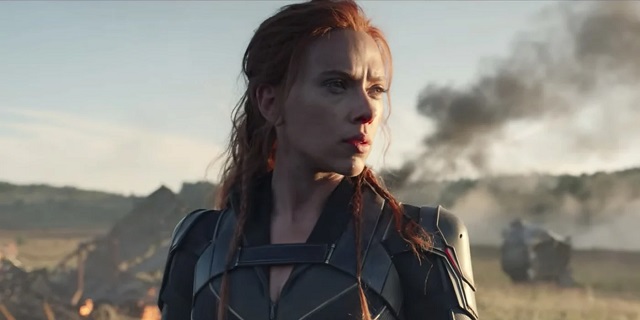 The credit block at the end of the Black Widow “Special Look” delivered its fair share of reveals but there was no cinematographer listed. That’s a little strange, especially as it was reported back in 2018 that Ex Machina‘s Rob Hardy had signed on to work on the Marvel Studios movie.

Well, it’s now being reported that Hardy may have parted ways with the project and Gabriel Beristain has instead been enlisted to take charge of Black Widow‘s visuals. He’s worked on everything from Iron Man to Guardians of the Galaxy and Suicide Squad, so the film is in very safe hands.

Avengers Poster Gets A Remake 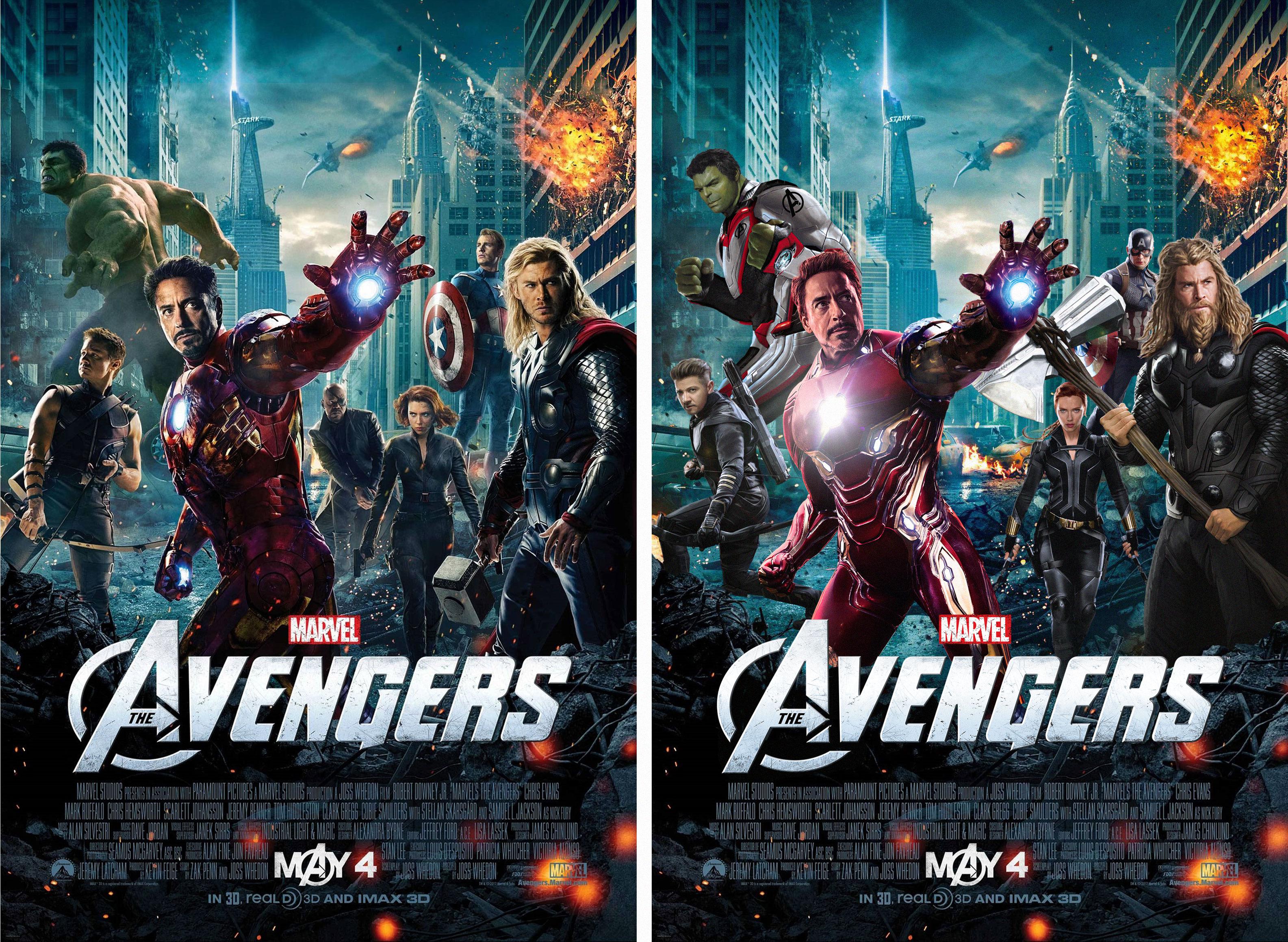 Redditor Imperio Avis has shared an updated take on the poster for 2012’s The Avengers by using the current versions of the original six members of Earth’s Mightiest Heroes. Nick Fury has been overlooked but, in fairness, he hasn’t really changed over the past seven years or so!


It’s is pretty astonishing to see how everyone else has transformed over the years, though…

The Falcon And The Winter Soldier May Feature A Surprise Villain Here’s an interesting one for you.

According to the @AtlantaFilming Twitter account, the paparazzi photographer spotted a surprise character/villain on the set of what many fans believe to be The Falcon and The Winter Soldier.

Now, he doesn’t reveal who that was but he was the first one to see both Crossbones and Ghost on set and claims that he had to Google this character to find out who they are. Intriguing, right?

When The Hulk used the Infinity Gauntlet at the end of Avengers: Endgame, his arm was left badly burned and damaged to show the toll that took on him. Well, Marvel Studios Head of Visual Development Ryan Meinerding has now shared some alternate takes on the Jade Giant’s condition.

“I did a sequence of images to help figure out how ravaged his arm would be after doing the snap,” he says on his Instagram account. “This was close to the final I turned in. The head on this Hulk concept model was a collaboration between myself and the amazing @ianjoynerart.”

Russell Bobbitt has been designing the props we see in Marvel Studios’ movies since the start. However, as you can see above, it looks like he may now be working specifically on Loki!

Very little is known about the Disney+ TV series but the fact he decided to share this shot of the scepter has led to many fans wondering whether that weapon could return here.

In order to deliver on our vision and meet the high expectations of our amazing community, we’ve made the difficult decision to move Marvel’s Iron Man VR to a May 15, 2020 release. We truly appreciate your patience and understanding. You’ll be hearing from us again soon!

It was only last week that Marvel’s Avengers was delayed from May to September and the likes of Cyberpunk 2077 and the Final Fantasy VII remakes have also recently been pushed back.

Well, it’s now been confirmed that Camouflaj, the developer of the upcoming Iron Man VR PlayStation 4 game, have pushed the title back to May 15th. It was supposed to arrive on February 28th.