COVID has squashed the chances of most films launching in theaters in 2020, but some movies have been slipping through the cracks. Followed, a found footage horror film which claimed number one at the box office for two weeks despite the challenges of releasing during a pandemic, is one example.

Last week, we shared our exclusive chat with the director of the film, Antoine Le, and as we wanted to spread the coverage out a bit, we are now releasing out conversations with the cast of the film. First up is actress Sam Valentine (Incantation).

We learned a lot about Sam’s experience playing Danni in the movie as well as some behind the scenes tidbits and her thoughts on horror films in general. We have also embedded our chats with director Antoine Le and actors Tim Drier and Matthew Solomon below.

To hear the conversation, click the podcast player below, or scroll down for the transcript!

Literary Joe: I’m curious if there was anything in particular that kind of set you up for the paranormal aspect of Followed?

Sam Valentine: Yeah, I mean, I have been really lucky to have done a bunch of horror movies before Followed. I just wrapped another one called Incantation. So I’ve lived in that genre for quite a while.

So when the script for Followed landed in front of me, I was just really excited to see something where the characters were so real, and everyone was just based in, you know, a lot of truth, right? Like, no one’s super ridiculous or no one’s, you know, the girls aren’t dumb. Like everyone makes really strong voices. They’re just getting by. So that was what really drew me to this one in particular. 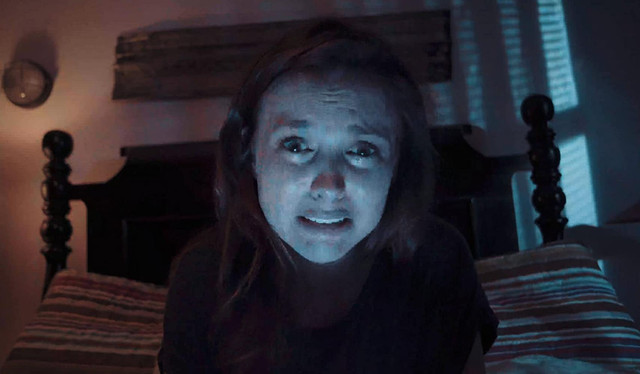 Literary Joe: Have you always been a fan of the horror franchise then?

Sam Valentine: It’s so funny. I haven’t until I started to act in them. And then I kind of realized once I saw how they were made, I appreciated them a lot more.

And I also realized how much fun it is to be on a set for a horror movie because behind the scenes; you’re just flying into such a crazy world that you have the most fun. If you could get a group of people who will buy into that ridiculousness together, you are probably gonna get a really good take.

Literary Joe: Yeah, definitely. I’m curious if you were into any of the found footage movies before you got involved with this?

Sam Valentine: I thought those were so fun and so different. I was never a Blair Witch Project girl. I was young enough to where it scared the crap out of me, so I couldn’t watch it. And too shaky of a camera has always made me a little sick feeling.

I love, love, love the way that Paranormal Activity does their shots and the way they put stories together in like small minute ways. And I was always super impressed with the movies they came out with. 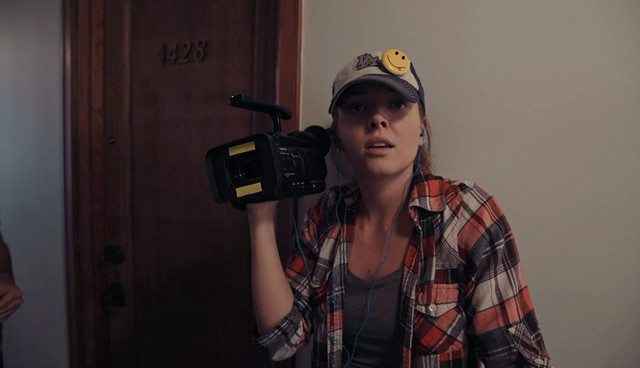 Literary Joe: Did you learn some logistical things about the behind the scenes making of films when working on this with Antoine?

Sam Valentine: Yeah. They were really open to letting us see a playback of a shot, seeing the technical aspects of the camera move and that kind of stuff. If we had a question, we could instantly ask.

I also sat down and chatted with Sam May, who did our sound because Danny was originally on sound specifically. So I had him teach me some more aspects of getting sound from the equipment, the props that we were handed, and how that was like rightly being handled.

So I could get to learn a little bit. And it was really nice to be in behind the scenes type of clothes. I was very comfortable the whole time.

Literary Joe: This love story with you and Christopher… I know you said that there was initially more intended to be a part of that. Was there more filmed, or was it just a part of the script?

Sam Valentine: Yeah, there was more in the script, and we actually shot it. But when they were editing, I’m glad they kept it where they did because I think the storyline is very centered. It’s very focused. And I think that makes our twist at the end more interesting.

But yeah, we shot scenes where they kind of touched on what was mentioned at the beginning of the film where they talk about how they hadn’t talked in a while where Drop the Mic kind of tricks Danni into coming back to set, to get Christopher, we kind of flush that out a little bit more, but they were cut for time purposes, I believe.

When aspiring social media influencer “DropTheMike” is offered a lucrative sponsorship to grow his channel, he’s joined by his video crew on a visit to one of the most haunted hotels in America, where he’ll give his audience a horrific night of thrill-seeking the likes of which they have never seen before. What begins as a fun investigative challenge including the infamous Elevator Ritual quickly descends into a personal hell of true evil, begging the timely question: how far would you go to pursue internet fame?

FOLLOWED is inspired by real events at the Hotel Cecil in downtown Los Angeles, and is part of a growing list of “Screen-Life” films – films whose stories are told by way of a computer screen recording. The award-winning feature is the first horror film to do so entirely through a series of YouTube-like vlogs.

Followed is out now, and you can check the film out here.