Justice League: Mortal would have set the stage for a brand new superhero franchise and the movie – directed by Mad Max’s George Miller – would have made use of some revolutionary motion-capture technology. Armie Hammer was cast as Batman and now some more concept art revealing a possible Batsuit for the actor has been revealed.

As you can see, this version is different from anything we’ve seen before now and in a previous interview, Hammer has said that “they built a whole functioning suit that had hydraulics and worked and had microphones all through the suit so I could hear everything happening around me.”

It would have been amazing seeing this movie become a reality and it’s a shame the pieces never fell into place because it sounds like a fun ride based on what we’ve heard in the past.

The DC Comics adaptation was definitely going to take some liberties with the source material but Hammer has also said that a battle between Batman, Superman, and Wonder Woman would have led to the destruction of cities, something that might not have gone down particularly well with comic book fans (especially after that Man of Steel backlash).

Check out the artwork below:

The Original Version Of Justice League Wasn’t Even Shot 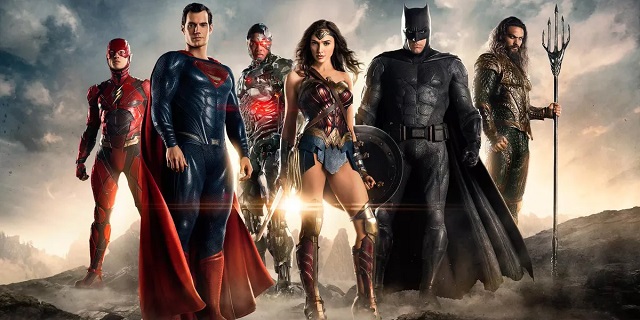 For a good year and a half now, fans have been demanding that Warner Bros. “#ReleaseTheSnyderCut.” Well, it doesn’t sound as if that even exists because Snyder has revealed that the original version of the screenplay was never shot due to the response to Batman v Superman and Warner Bros.’ concerns about moviegoers not embracing this darker take on the DCEU.

“The original Justice League that Chris [Terrio] and I wrote, we didn’t even shoot,” he confirmed. “The actual idea, the hard, hard idea, the scary idea, we never filmed because the studio was like ‘That’s crazy.'”

“When this movie came out, understand that Chris Terrio and I had finished the script to Justice League before Batman v Superman came out. Some people didn’t like the movie. A vocal minority. So they said ‘There’s a lot of stuff we don’t want you to do,’ so we did a rewrite from that script.” Snyder did, however, shed some light on what that would have entailed…

“Knightmare” Was Going To Be Explained 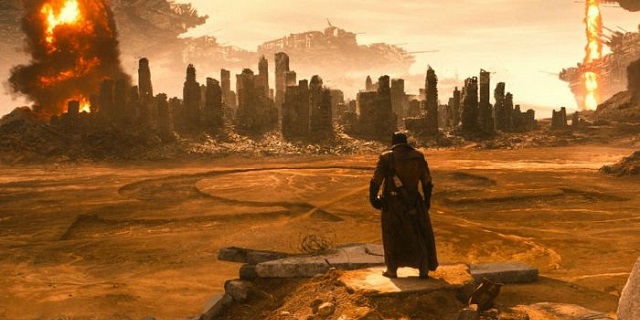 The “Knightmare” sequence in Batman v Superman was awesome, but it was also kind of baffling. It felt like a random addition and was never elaborated on, either in this movie or Justice League. “It’s a long story,” Snyder explains. “The truth is that, the Knightmare sequence in this movie was always my idea that all of that would eventually be explained.”

Apparently, we would have then ended up in the “distant future, where Darkseid has taken over Earth…[and] a few members of the Justice League that had survived in that world…were fighting.”

So, as most of expected, a future Justice League movie would indeed have taken place in the distant future with the heroes attempting to travel back in time and set things right. That sounds pretty similar to those rumours about Avengers: Endgame, though, right?

Superman Has Succumbed To The Anti-Life Equation 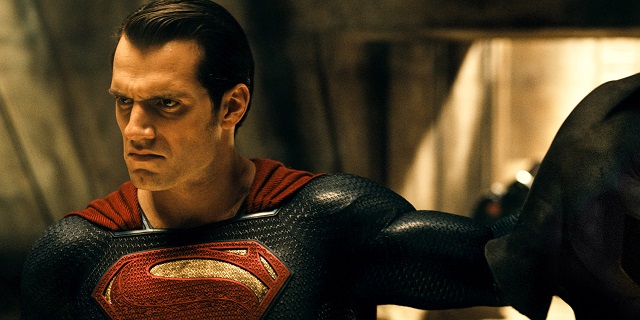 What led to “Knightmare” becoming a reality? Well, Darkseid had taken over the Earth and Superman had succumbed to the Anti-Life Equation, thereby explaining why he had turned evil in the flashforward sequence from Batman v Superman.

The Man of Steel’s fall from grace would have led to Batman, the Flash, and a “broken” Cyborg attempting to send the Fastest Man Alive back in time to warn Bruce about what was to come, and that explains what the Caped Crusader saw in the Batcave when Barry Allen told him that “Lois is the key.”

Snyder didn’t elaborate on how all this would have worked beyond confirming that he and Terrio figured out a complicated time-travel formula, and while Warner Bros. was initially on board, “the details of how and why” the Justice League broke up made them nervous and had to be changed. 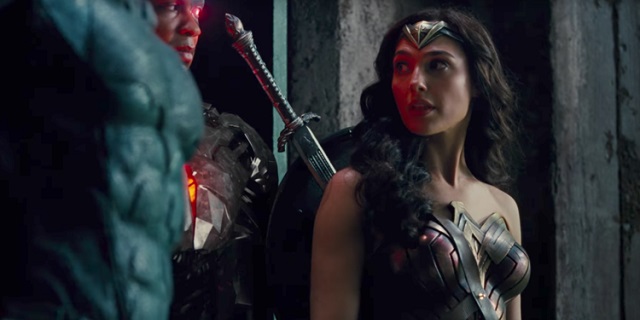 Snyder still hasn’t seen Joss Whedon’s version of Justice League, but he did comment on a scrapped post-credits scene which would have referenced the events of Batman v Superman and set the stage for what was going to come next.

“The Justice League teaser that wasn’t in the movie, apparently, I guess, where Wonder Woman says, it’s this line where Bruce says ‘I was right here when Barry Allen came to me and he said Lois Lane is the key,’ and she says ‘She is, to Superman. Every heart has one.’ And he goes, ‘I think it’s something more, something darker.'”

The director went on to say that the League had to prevent Lois’ death because that would lead to Superman succumbing to the Anti-Life Equation. That explains why the Man of Steel blamed Bruce for her death, because it was going to be down to Batman to protect her and he would have taken her to the Batcave to do so.

The Death Of Lois Lane 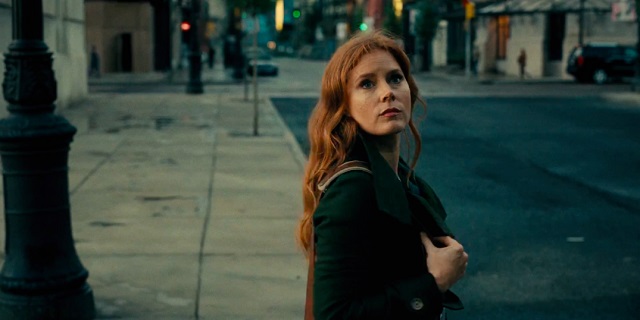 Snyder didn’t fully elaborate on how things would have played out (and it all sounds a little jumbled) but he confirmed that Darkseid was going to travel into the Batcave via Boom Tube, and he would have killed the intrepid Daily Planet reporter in order to break Superman and bring him to his side.

This is where time-travel once again comes into play, and things get even more confusing…

Time-Travel And A Battle In The Batcave 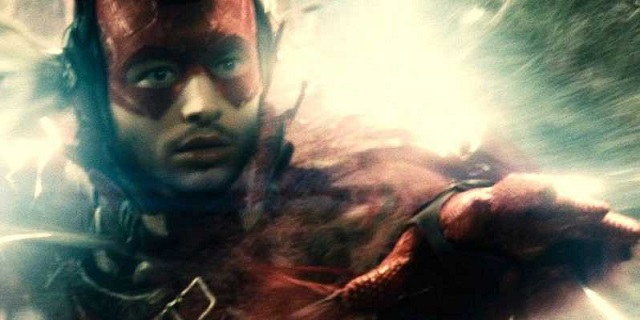 Finally, it’s said that using the cosmic treadmill, the Flash would have been able to transport himself back in time to the same spot in space; this would mean the remaining League members would have had to choose carefully otherwise Barry Allen could have landed in the wrong location or even just the void of space.

Because Bruce remembered that visit from Barry, he allowed the half of Cyborg that remained to choose the window the Fastest Man Alive would be sent back to, which would help him to avoid arriving “too soon.” The new window in time would have seen him show up in the Batcave moments before Darkseid so he could stop Lois’ murder and help avoid Superman’s turn to the dark side.

This all sounds tremendously convoluted, but also pretty damn awesome for the most part.

Steppenwolf Was Never Set To Appear In Justice League 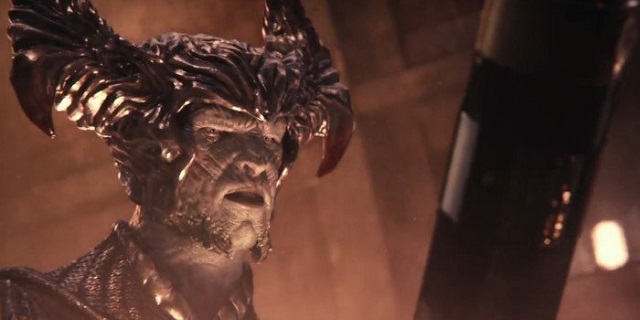 As you may recall, there have been rumours that Steppenwolf was supposed to appear in Suicide Squad with Darkseid then taking on the lead role in Justice League as big bad. Snyder says he doesn’t know anything about that, but confirmed that he worked with director David Ayer to add Batman and the Flash to that movie despite wanting to keep the two franchises as separate as possible.

What About The “Snyder Cut”? 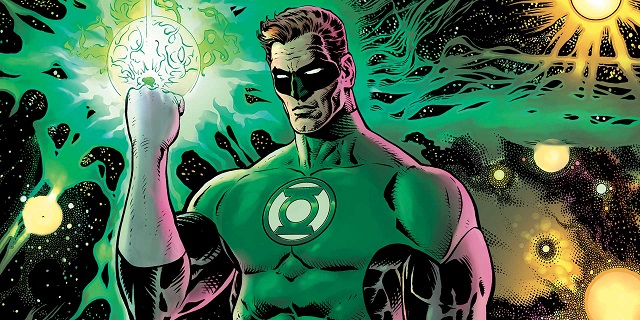 Snyder clearly had some awesome and crazy ideas for Justice League (remember that Warner Bros. initially announced Justice League: Part One and Justice League: Part Two) and while a lot of scenes ended up on the cutting room floor due to those reshoots, it doesn’t appear as if anything resembling what the filmmaker has described here was ever shot.

As a result, the only way we’re going to see the “Snyder Cut” become a reality is if the director chooses to release the original screenplay, or if he puts it into graphic novel form for DC Comics.

While it’s tricky to put much of what he’s said into context, it’s clear that he had some cool ideas and it’s easy enough to see where he was going to take things, even if he didn’t elaborate on how the story was going to wrap up. What do you guys think? As always, share your thoughts in the usual place.


Continue reading below for some previously
released “Snyder Cut” reveals from Kevin Smith!

According to Smith, crew members saw Jim Lee storyboards for all three movies. While the first instalment we ended up seeing (with Joss Whedon’s reshoots) mostly played out how Snyder planned, the biggest change was that the ending would have featured an appearance from Darkseid as he stared down the team through the Boom Tube Steppenwolf escaped in.

In the sequel, however, things would have taken a cosmic turn for the iconic heroes…

Apparently, the League would have taken the fight to Apokolips in a movie which may have also featured New Genesis. It was in this movie that the Green Lantern Corps would have got involved and Smith claims that the scene with Alfred in the Justice League trailer where he says “Let’s hope you’re not too late…” was originally going to be with Green Lantern, not Superman.

Crew members even had green lights which they shined on Jeremy Irons but plans clearly changed and the Corps remained relegated to those flashback scenes.

Justice League 2 would have featured a dark ending along the lines of The Empire Strikes Back or Avengers: Infinity War as the team would have been defeated in space before Darkseid arrived on Earth and, in Smith’s words, “levels it.”

Needless to say, that would have made things difficult for the solo movies Warner Bros. had planned but it would have nicely led to that “Knightmare” vision Batman had becoming a reality and the Flash having to travel back in time.

As you might expect, Justice League 3 would have pitted the heroes against Darkseid for one final stand against the villain as they attempted to set things right. The director stops there but this adventure presumably would have featured time-travel and possibly even the evil Superman we saw kill Batman in Batman v Superman: Dawn of Justice. It’s hard to say.

Either way, Smith says, “I really feel like hearing what we heard, we might have missed something.” It’s hard to disagree with that…