Skip to content
Sony Pictures decided to pull the plug on Silver & Black but later revealed plans to go back to the drawing board and give both Silver Sable and Black Cat their own solo movies (alongside Jackpot).

Well, things may have changed again because following the news that the studio is developing a number of TV shows revolving around characters from Spider-Man’s world, a new rumour claims that Silver & Black is being reimagined as a TV series instead. There’s no word on whether director Gina Prince-Bythewood or any of the movie’s writers will be involved in any way.

Casting decisions also haven’t been made so it’s clearly still early days for this one.

Black Cat is a character who can definitely hold her own in a series like this (or a movie for that matter) and her origin story isn’t directly tied to Spider-Man. However, it’s a shame to think we might not ever get to see Felicia Hardy interact with Tom Holland’s web-slinger…then again, for all we know, Sony will get the actor to make a cameo appearance in these planned TV shows.

We’ll keep you updated but definitely file this one in the “rumor” category for now.


Which Sony characters would we love to see in
the MCU? Hit that “View List” button to find out! 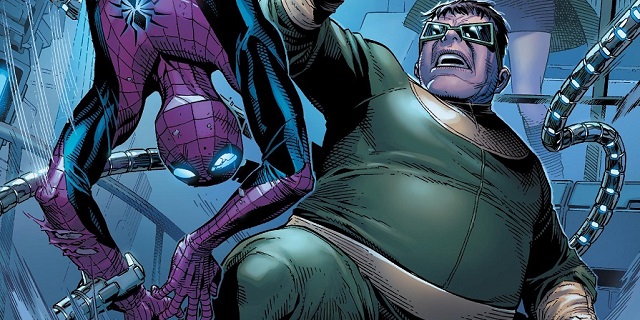 Otto Octavius is a villain who definitely deserves to be brought back to the big screen and, given what a mastermind he is, he just so happens to also be someone who could easily terrorise the Marvel Cinematic Universe as a whole.

Whether that’s as the leader of the Sinister Six or inside Peter Parker’s body after he steals his mind, he’s a character who the MCU would greatly benefit from. A fun way to tie him into the wider MCU would be making his additional arms Wakandan in nature! 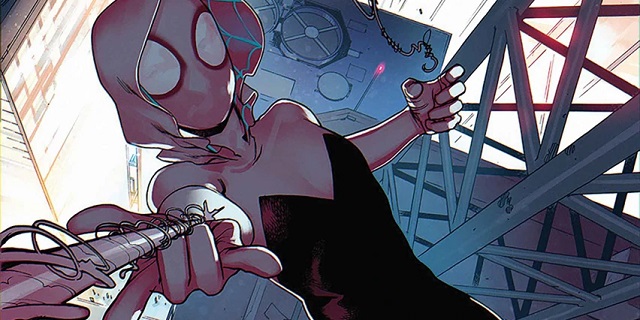 Spider-Gwen (or Spider-Woman as she’s known in her own universe) is a character who will continue to make an impact in the Spider-Verse franchise but imagine how great a Disney+ series or live-action movie would be.

If anyone could successfully bring her into the same world as Tom Holland’s web-slinger, it would be Kevin Feige as he’s more than capable of spearheading an entire stable of Spidey spinoffs. Sony, on the other hand, really aren’t. 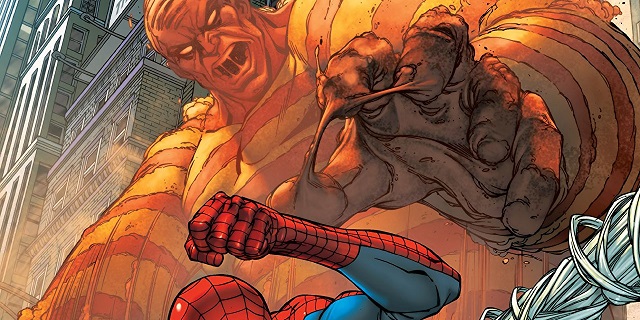 Sandman has already been done (extremely well too apart from that Uncle Ben nonsense) but he’s a villain we’d actually only want to see briefly clash with Spider-Man before moving on to other things.

Whether it’s as a member of the Frightful Four squaring off with the Fantastic Four or even as a remormed hero in The Avengers, there’s potential for Flint Marko well beyond the wall-crawler’s solo franchise. 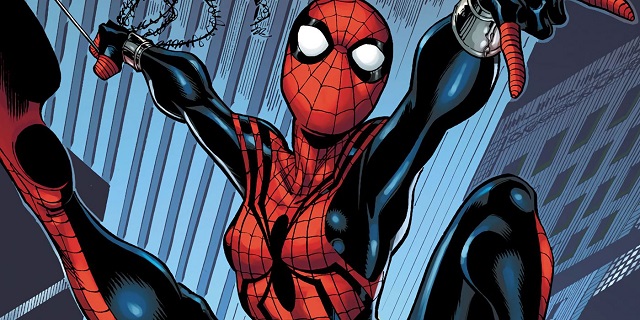 Marvel Studios clearly intends to explore the wider Multiverse moving into Phase 4 and beyond and that opens the door to alternate timelines and different realities.

As a result, we could wind up meeting Peter Parker’s future daughter, Mayday Parker/Spider-Girl. Sony could nail the essence of this hero but we wouldn’t get to see future versions of The Avengers or what could one day become of the MCU! 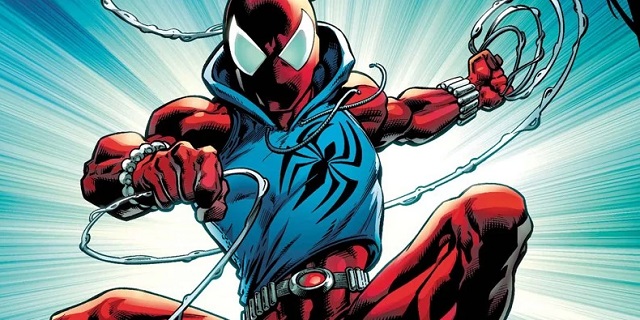 “The Clone Saga” is quite frankly not something Sony should ever consider tackling without Sony’s help. The heavy-handed, nonsensical way they tried to set up the Sinister Six in The Amazing Spider-Man 2 proves that!

Bringing Ben Reilly into the MCU would be a fascinating way to expand Spidey’s legacy and while Miles Morales is a great character, it would be far more interesting finding out what becomes of Peter Parker when you take everything from him. 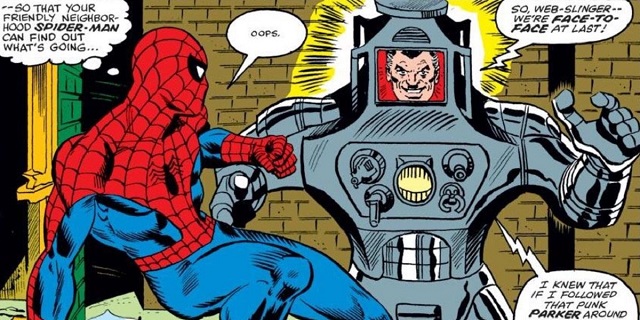 Tony Stark’s demise has left a huge void in the MCU…after all, who will now be the great pioneer of technology? Reed Richard is one obvious candidate, of course, but in terms of robotics, Spencer Smythe could easily attempt to step in!

Seeing the Spider-Slayers in action would be, well, amazing but Smythe could have an even bigger impact on the world than that, creating many other robotic or enhanced villains and possibly even bringing back Ultron if some handy retcons were made. 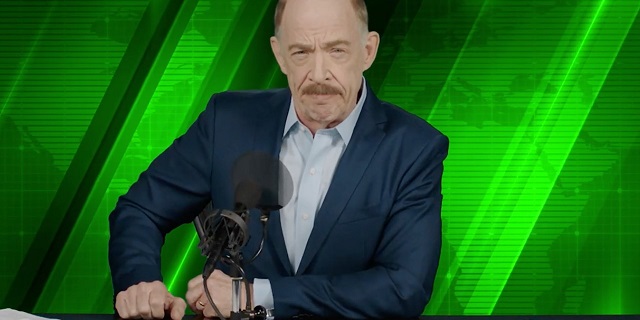 J. Jonah Jameson can appear in the MCU but if recent rumours are to be believed, he’ll mostly be used in the SUMC to bridge the gap between the two worlds.

You don’t need us to tell you why that’s a disappointing prospect because who wouldn’t want to see Jonah butting heads with The Avengers or X-Men rather than the likes or Morbius or Venom? 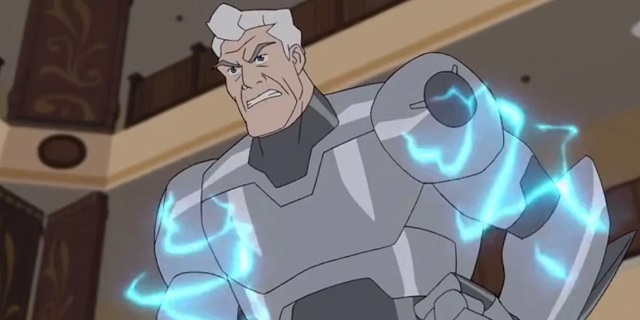 Silvio Manfredi has frequently clashed with Spider-Man but he doesn’t necessarily need to be a Spider-Man villain. A fierce crime lord with a robotic body, who wouldn’t want to see him clash with heroes like Moon Knight or Daredevil instead?

Marvel Studios is embracing the supernatural heading into Phase 5 but we’re also getting a lot of street level superheroes, so there are a lot of places he could make an impact in the MCU. 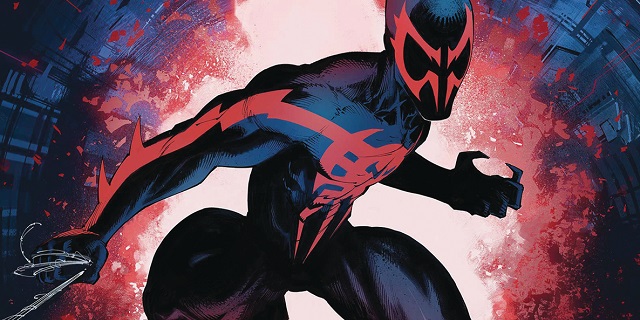 Why has this movie not happened already? One of the most popular alternate versions of Spider-Man, Miguel O’Hara will likely get to take centre stage in an animated setting a few years from now but he deserves better.

With time-travel and the like finally finding its way into the MCU, the door is wide open for Spider-Man 2099 to join Tom Holland’s Peter Parker in his adventures. 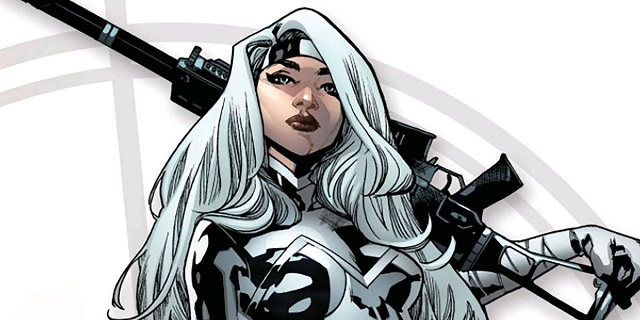 Silver Sable was going to be put into a movie alongside Black Cat but Silver & Black was scrapped and Sony is reportedly developing a solo outing that no one really needs or wants.

Sable makes for a much better supporting player and seeing her fight alongside Black Widow in that character’s upcoming movie, for example, would be infinitely more gratifying that whatever else is currently planned for her. 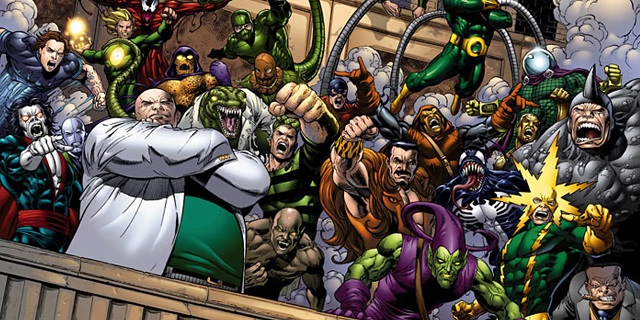 We’re not talking about any specific iteration of the team here but rather the concept of the Sinister Six itself. Sony tried and failed to make this team happen but theories persist that they’ll one day come to the MCU.

However, while it would be great to see Spidey battle his six greatest foes, it would be so much better for that happen with heroes from Marvel’s shared world able to get involved as Peter might just need to lead his own team of Avengers to stop this faction. 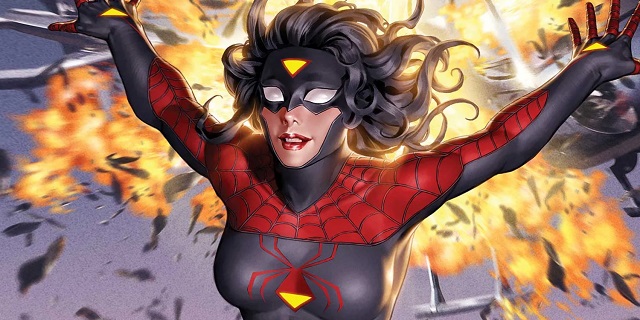 Jessica Drew has been overlooked for far too long and its about damn time that she enters a live-action setting. Of course, the important thing to remember here is that, well, she doesn’t need Spider-Man.

Their origin stories and powers aren’t linked and while they’re close allies, Jessica would be best served introduced in a completely different franchise so she can become a hero in her own right, something unlikely to work anywhere near as well in the SUMC. 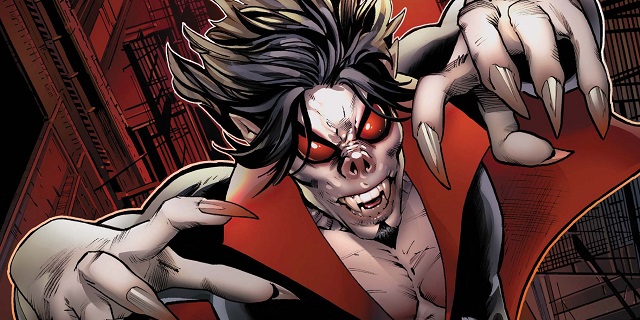 By the time you read this, the Morbius trailer will have either just arrived or be mere minutes away and, well, we’re still willing to bet that the Living Vampire would have been better off in the MCU.

For starters, with Blade set to be introduced in the not too distant future, this character could have very easily tied into his return to the big screen and that alone is an exciting prospect, especially if it means we see Mahershala Ali vs. Jared Leto! 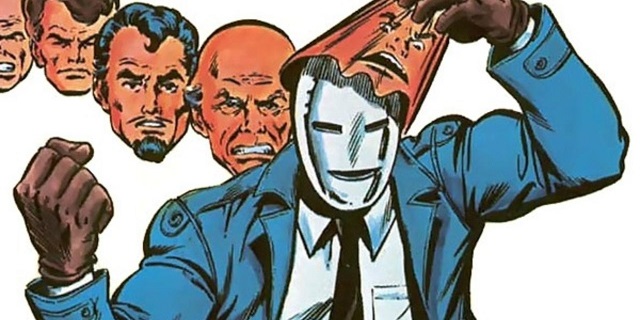 Another villain who doesn’t necessarily need to be directly tied to Spider-Man, Chameleon is someone who could prove to be a frequent nuisance to everyone from Ant-Man to Black Panther and She-Hulk.

His ability to change his appearance was basically teased in Captain America: The Winter Soldier and it’s such a waste that he’s gathering dust on a shelf rather than being able to make his presence felt across multiple franchises. 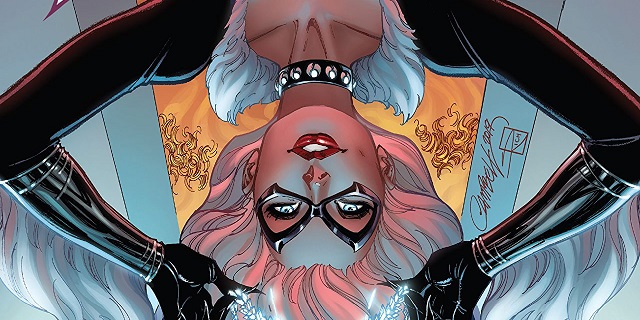 Like Silver Sable, Black Cat is now expected to get her own movie but the fact she’s going to exist in a world where Spider-Man is only vaguely referenced is a crying shame given the history between the two characters.

Exploring their romance in the MCU is a must, while a redemption arc for Felicia Hardy could have even led to her joining the ranks of A-Force if and when that Avengers spinoff happens. 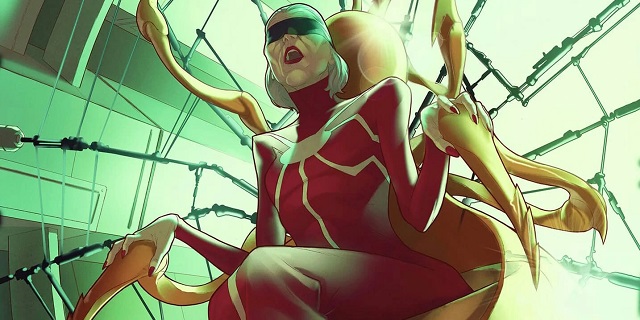 Now that Marvel Studios has introduced the concept of the Multiverse, Madame Web is definitely a character who would fit right in in a world that’s clearly never going to be the same again.

Honestly, though, one of our biggest reasons for wanting to see Madame Web in the MCU is to just stop that silly sounding solo movie from happening over at Sony Pictures! 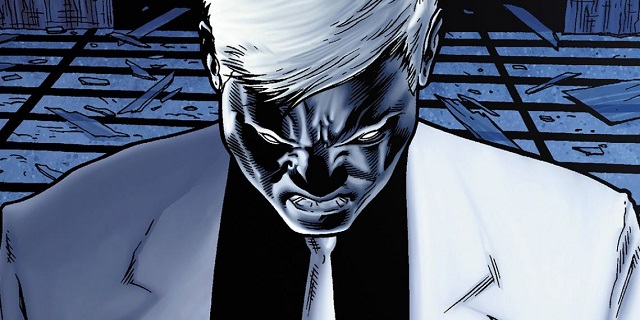 The Spider-Man video game mostly proved that Mister Negative isn’t really a character you build an entire story around (things didn’t really get great until Doc Ock showed up) but he’s still someone who could do an awful lot in a movie.

Like Silverman, Negative doesn’t have to be tied to Spider-Man in any way and could instead make for a far more effective villain in any number of other properties (a future Shang-Chi movie, for example). 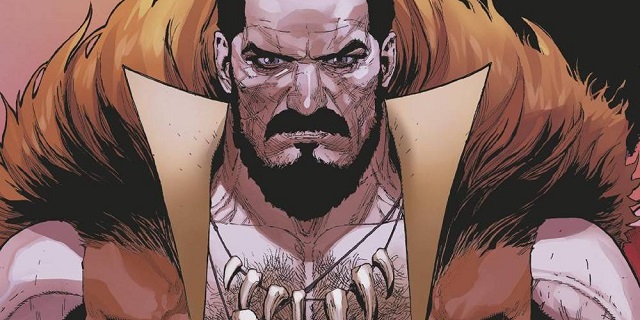 It’s widely believed that Kraven the Hunter will be the lead villain in the Spider-Man: Far From Home sequel and, honestly, we hope that happens because it would a) be spectacular and b) mean that the rumoured solo movie doesn’t get made.

That aside, though, and it’s a real shame that Kraven doesn’t call the MCU home, especially after Ryan Coogler revealed that he once wanted the classic Spidey villain to square off with Black Panther! 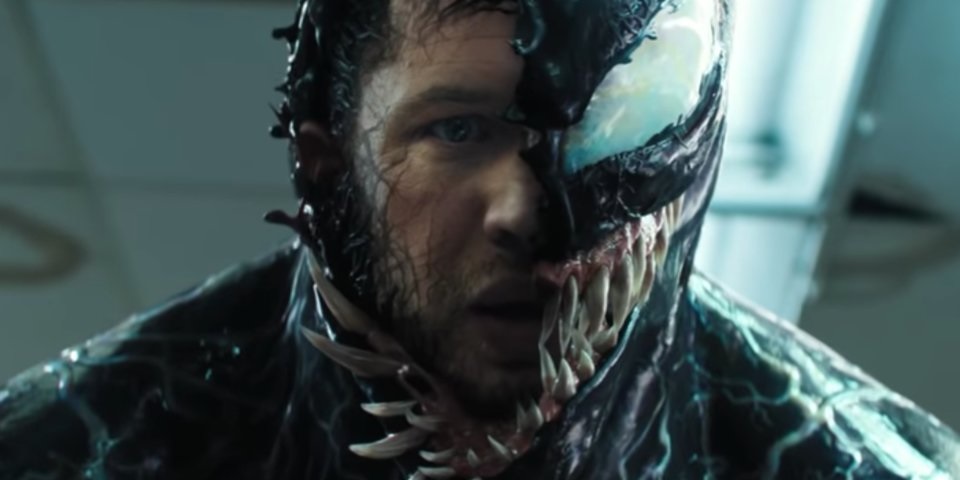 There’s a very strong chance that at some point over the next few years, we will see Spider-Man cross paths with Venom. On the one hand, that’s easy to get excited about but on the other…well, it will be Sony in charge!

They’ve still not done enough to prove that they can be trusted with any of these characters and just picture how cool it would have been for Spidey to find the symbiote during the events of Avengers: Infinity War… 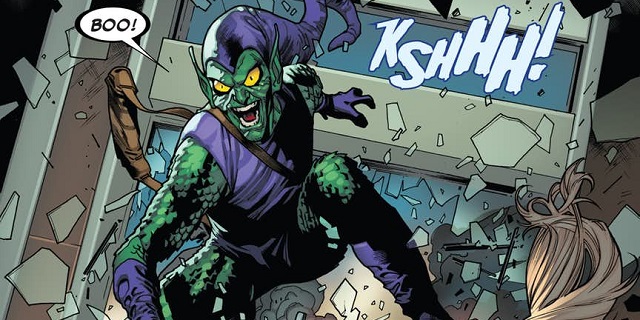 The priority for Marvel Studios appears to be focusing on villains who haven’t been seen on the big screen before now but rumours persist that Norman Osborn is the mysterious “Benefactor” first referenced in Ant-Man and The Wasp.

If he is indeed pulling the strings from behind the scenes, then he needs to be both a Spider-Man villain and someone who grabs the attention of the rest of Earth’s Mightiest Heroes as Norman is at his best when he’s a true big bad.

Do you agree that these characters would be better served in the MCU rather than the SUMC? Are there others you would add to the list? Let us know down in the comments section.