In a new interview, Robert Pattinson has reiterated previous comments that the Dark Knight isn’t a superhero and explains why he hopes starring in The Batman won’t be too similar to Twilight… Earlier this year, The Batman star Robert Pattinson shared his thoughts on why he believes the iconic DC Comics hero isn’t actually, well, a superhero! Now, the actor has doubled down on those remarks and it’s clear he has his own very unique take on the type of character Bruce Wayne actually is.
“It doesn’t count,” he told Today when asked what it’s like to play a big screen superhero. “You need to have like magical powers to be a superhero.” When it was pointed out that Batman does, in fact, wear a cape, the actor conceded that it was a good point. “The cape. I will give you that one.”

Pattinson also addressed the huge amount of fame he found starring in the Twilight franchise and admitted that he hopes starring in The Batman won’t lead to a similar level of attention.

“There’s a part of me that just thinks it’s impossible to be what happened with Twilight because it was so sudden,” he explained. “And now I’m hoping it won’t be people hanging out outside my place. I just think I’m kind of boring and old now.” Unfortunately, whether Pattinson likes it or not, he’s going to receive a huge amount of attention playing Batman and all eyes will ultimately be on him.

The question is, is Batman actually a superhero or not? That’s something it appears this movie will end up exploring but be sure to let us know your thoughts in the comments section below.


Hit the “View List” button below to see the vehicles and
gadgets we’d like to see used by the Caped Crusader in this movie! 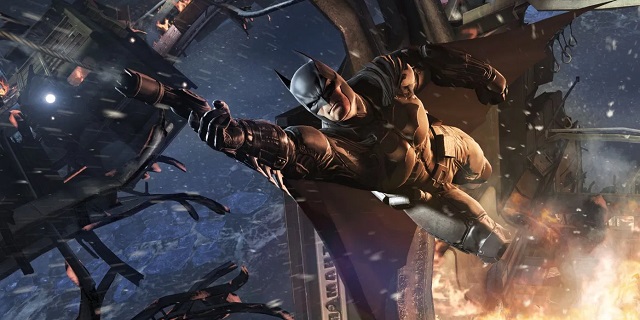 One of a few devices we’ll be talking about here that are often seen in Rocksteady’s series of Arkham video games, the bat-grapple is an iconic gadget which has also been used on many a comic book cover to show Batman swinging high above the streets of Gotham City.

Used to scale buildings, propel him into a glide and trap and hang the villains he battles during his adventures, the grappling gun has been used to great effect by the Caped Crusader over the years. With a story seemingly spanning the whole of Gotham City, a device like this would come in incredibly handy. Also, there’s just no getting around the fact that it would look incredibly cool in a movie!

Rather than using it as a weapon as Ben Affleck’s Batman did in the heat of battle, he should be swinging through the city similar to what was briefly shown at the start of Justice League. 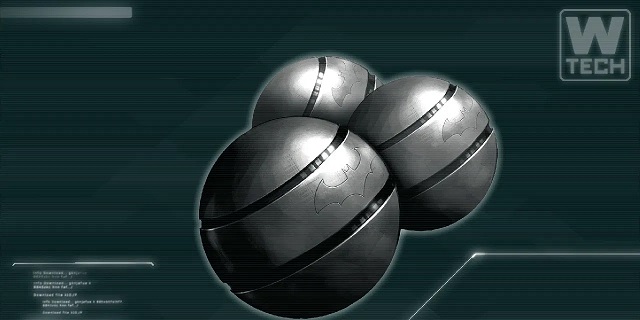 Used to stun enemies or simply escape from them, Batman’s smoke pellets have played a large role in both the Rocksteady series of video games and the comic books over the years. When surrounded by a group of gun wielding thugs, the Caped Crusader has often used these to disguise his escape, only to appear behind them seconds later and take them down with relative ease.

They’re also utilized by Batman to generally just disappear because, let’s face it, even a man who is known to vanish without a sound (just ask Jim Gordon) sometimes needs a little cover to silently vacate certain situations. Assuming he really does confront some of his most deadly rogues, then Batman might just need a quick method to make his escape…or freak them out! 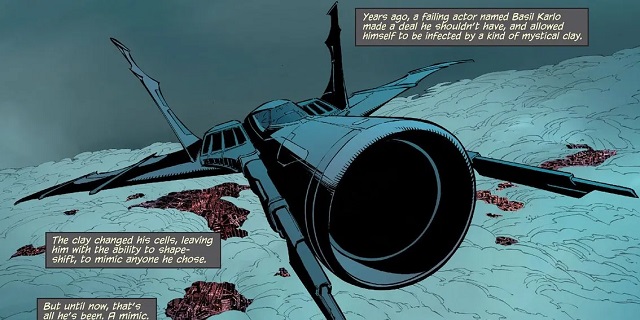 “The Bat” helped to make Batman airborne in The Dark Knight Rises, while the Caped Crusader used the “Batwing” to great affect in Batman v Superman: Dawn of Justice.

There’s room for another Batplane in a movie, though, and the one taken from Scott Snyder and Greg Capullo’s superb Batman run would make for an incredibly cool visual on the big screen come 2016. The Batplane has served Batman extremely well over the years, allowing him to travel between locations extremely quickly and take the fight to the skies against his enemies.

The action will probably remain in Gotham City, but it’s a big place and this could come in handy. 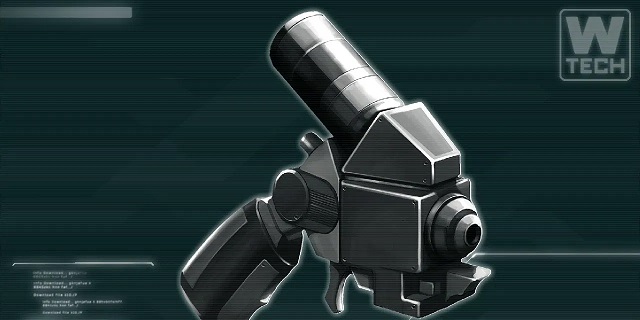 Used in the Arkham series of video games, Batman uses the explosive gel (deployed from a small gun and sprayed in the shape of a bat) to break down walls and even take out thugs from afar when they’re in close proximity to it. It was in that series we saw the Dark Knight use it to also take down enemies as tough as the Titan-infected Joker and Solomon Grundy.

With rumours pointing to a number of rogues making an appearance, you have to believe that at least some of them will be able to overpower Bruce Wayne and a gadget like this could come in extremely handy. Whether he should spray it in the shape of a bat, though, is debatable. That could be a little too cheesy for what sounds like a mostly very grounded film.

6. The Power Of Deduction 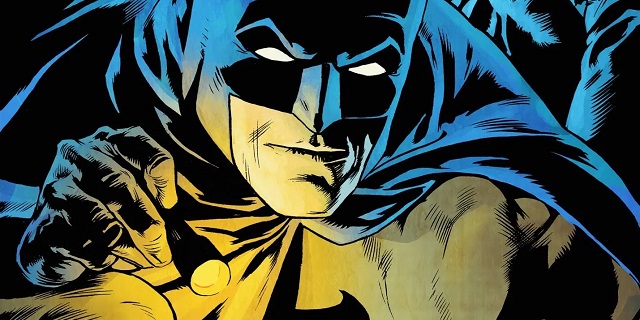 Okay, so the power of deduction isn’t a gadget as such (although Batman certainly incorporates a number of them at crime scenes), but this element of The Dark Knight’s personality has been sorely lacking from pretty much every big screen iteration of the iconic DC Comics character.

Batman v Superman and Justice League failed to give the Caped Crusader the chance to investigate crimes alongside Jim Gordon, but we know for a fact that will change when Matt Reeves take charge of the franchise. He’s made it clear that it’s a priority to delve into that side of the hero’s background and it sounds like we’ll finally find out why he’s known as the “World’s Greatest Detective.”

5. A New And Improved Utility Belt

Batman has always been equipped with his utility belt in the movies, but have we truly ever seen it used as effectively as it could have been? The iconic DC superhero has so many gadgets in his arsenal that it would be impossible to list them all here, but the majority of them are actually contained within his utility belt anyway.

For example, his Bat-Grapple attaches to it and his Batarangs fold into it, while the vintage piece of comic book art above offers up an idea of the sorts of handy weapons and tools Batman keeps on him at all times. The smoke capsules in particular are something we’d like to see (as we’ve mentioned above), but this simple belt should serve our new Batman well. 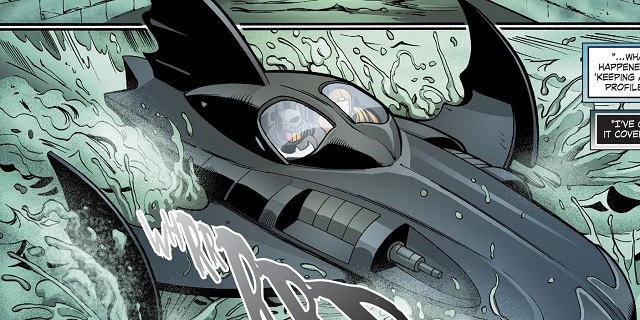 If not handled correctly, the Batboat could end up looking laughable on the big screen. Over the years, Batman has used it to travel both on and under water, and there have been a few examples of it being used in an awesome way in the source material over the years. If we’re getting a proper Batcave, this could actually be one of the hidden ways Bruce leaves it.

Putting Batman in the water would be something we’ve not seen much of on screen before, and it could even lead to a really cool and unique battle sequence, especially if he heads to The Penguin’s floating Iceberg Lounge. That’s a visual fans will definitely be used to seeing and one that has the potential to be something truly special in a live-action setting.

3. A Number Of New Batmobiles 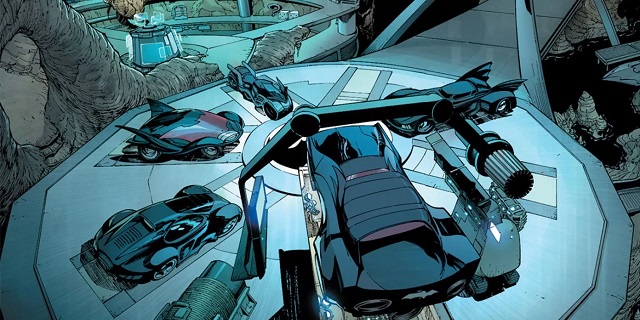 A new Batmobile is obviously a must for The Batman and the image above should give you an idea of the various designs employed in the comic books over the years. Christopher Nolan successfully created a vehicle which fitted in perfectly with the realistic tone he created for The Dark Knight Trilogy, while Zack Snyder definitely embraced the comic books a little more.

Whatever comes next, it still needs to look believable – a Batmobile like the one in Tim Burton’s movies wouldn’t exactly work – but it would be good to see Reeves lean a little harder into the source material and come up with something that’s grounded while still quite fantastical in some ways. 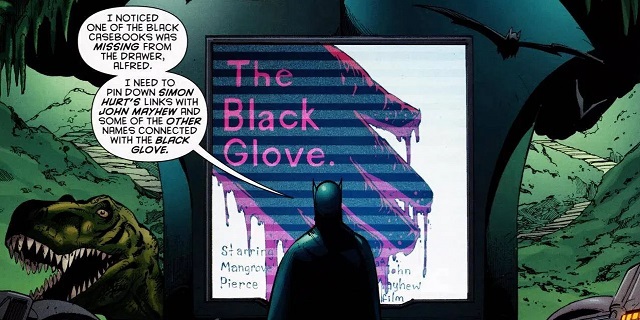 It’s not that easy to find a picture of the Batcomputer online, but fans of the comics will know that there’s nothing more iconic than an unmasked Bruce Wayne sitting in front of his bank of monitors as Alfred stands over his shoulder. Nolan delivered on this in The Dark Knight Rises in some respects, but it would a real treat for fans to get to see a much larger version in The Batman.

It’s all very well and good keeping things realistic (something even Zack Snyder did in Batman v Superman and Justice League), but an over-sized version like the one above would be a fantastic visual and something different to what we’ve seen in the character’s previous big screen adventures.

This probably would have been better in Batman v Superman, but as Easter Eggs go, it would be awesome. Geoff Johns once established that Batman has a plan in place to take down every single member of the Justice League if necessary, so there’s really no reason why this version of the character couldn’t have a similar arsenal.

Ultimately, it may depend on whether this version of the Dark Knight lives in his own world or one where there are other heroes we simply don’t get to see or hear about! Either way, showing this ring tucked away somewhere in the Batcave would be appreciated by fans and would indicate that the hero has been formulating all sorts of plans for a while now.