Skip to content
Following that big Batsuit reveal last night, The Wrap has shared some more details on what we should expect from The Batman. Plot details have been kept a closely guarded secret up until now, and while we know that the movie is set relatively early on in the hero’s career, we finally have some specifics.

According to the trade, we can expect Matt Reeves’ movie to revolve around Bruce Wayne’s second year as the World’s Greatest Detective (making this a “Year Two” story).

There’s already been speculation that the costume test that debuted online last night was paying homage to Batman: Year One‘s cover, but it seems like the plan is for Reeves to go beyond that to show us a Dark Knight who has some crime fighting experience but is still relatively new to being a hero.

That’s not something we’ve really seen from Batman before now because while there have been plenty of origin stories, they often jump straight from Bruce’s decision to suit up to him being an expert crime-fighter.

Heading down that route should give Reeves a lot of ground to explore in his planned trilogy of movies, and the filmmaker has previously said that he wants to delve into what makes Batman the “World’s Greatest Detective.” In this first movie, it’s thought that he’ll be facing The Penguin and The Riddler.

Are you guys excited for a “Year Two” take on The Batman?

Hit the “Next” button to find out about 10 truly terrible
sounding DC and Marvel movies we’re glad were never made! 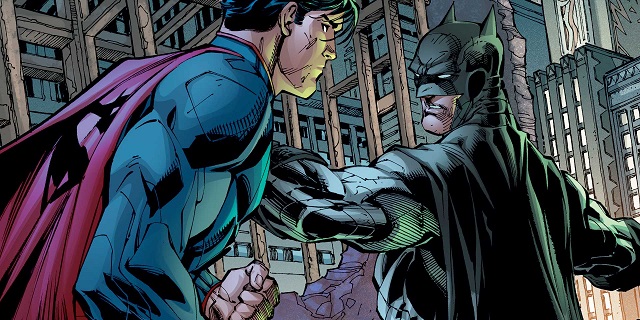 No, not Batman v Superman, Batman vs. Superman! Long before Zack Snyder set his sights on bringing these two heroes together, Akiva Goldsman penned a version that was actually way more bleak than Dawn of Justice, but not in the least bit appealing to comic book fans or regular moviegoers.

Batman vs. Superman (which Wolfgang Peterson was set to direct) featured a retired Bruce Wayne who was alone after the deaths of Alfred Pennyworth, Jim Gordon and Nightwing. He was set to be joined by a recently divorced Clark Kent, who would later see his ex-wife murdered by The Joker.

This was all connected to Lex Luthor, and after being tricked into fighting each other, they teamed up to go after him. Much of that, admittedly, doesn’t sound too different to what we got in Snyder’s version, but the sheer grimness that would have come from all those great supporting characters being killed off is just too much. 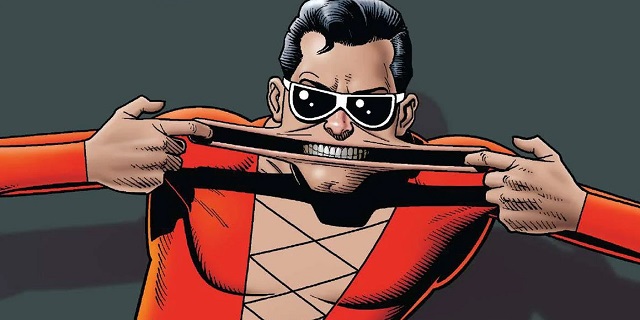 It’s hard to believe that when there was still a shortage of comic book characters on the big screen a few years back, Warner Bros. was seriously considering prioritising one based on D-List character, Plastic Man. Though it could potentially have made for a good comedy, Andy and Lana Wachowski’s involvement indicated that it would be a far more serious affair.

This was evident from the fact that the plan was to turn Patrick O’Brian, a former crook turned good, into Daniel O’Brien, an environmentalist who soon finds himself the target of an evil industrialist who wanted to steal Plastic Man’s powers to become handsome again. That sounds…exciting?

It was back in 2008 that this comic book movie gained some steam and The Matrix‘s Keanu Reeves was attached to star. Ultimately, it just never came together, which is probably for the best, and Plastic Man has remained on the shelf. 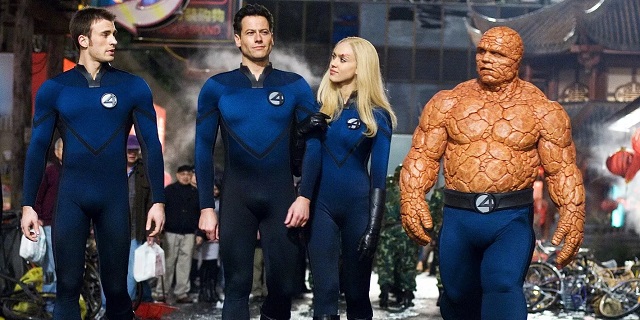 Despite the fact that the first two movies were terrible, there were indeed plans for a third Fantastic Four movie at Fox before Josh Trank’s abysmal reboot. The tepid response to 2007’s Fantastic Four: Rise of the Silver meant that this one never got much further than the discussions phase, but a lot of information about the comic book adaptation has found its way online over the years.

Apparently, the plan was to add Djimon Hounsou as the Black Panther (whether he was another of those characters both Marvel and Fox held the rights to isn’t clear), while both Doctor Doom and Silver Surfer would have returned in prominent roles.

There aren’t really any solid details about what the story would have involved, but it’s fair to say this never coming to fruition is for the best, especially as we would have probably never got to see Chris Evans suit up as Captain America. Still, it probably would have topped the reboot! 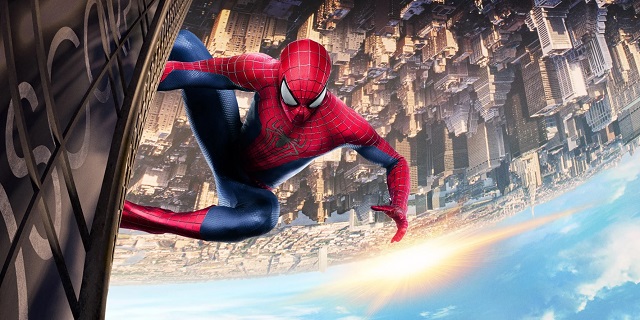 Before The Amazing Spider-Man 2 ended up falling short of Sony’s expectations, they had big plans for the franchise. That included some awful sounding spinoffs (the Sinister Six movie, for example, would have featured a skyscraper sized Sandman because, hey, that worked so well in Spider-Man 3).

However, The Amazing Spider-Man 3 stands out as potentially being even worse. Not too much is known about it, but interviews with those involved with the movie have revealed some very troubling details.

For example, Peter Parker would have gotten his hands on a formula capable of bringing the dead back to life, and that more than likely would have had something to do with how Norman Osborn – who had his head removed after dying – would have been resurrected. Needless to say, this sounds like a complete and utter clusterf**k, so thank goodness Sony teamed with Marvel! 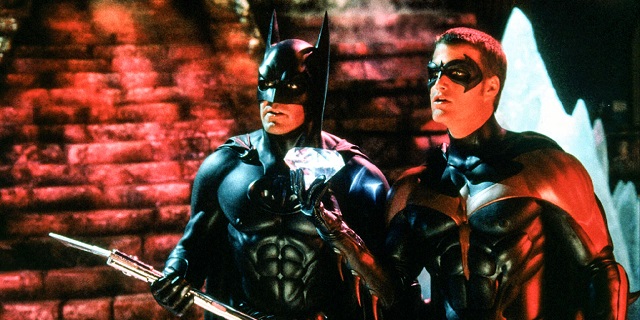 In a strange way, it’s hard not to wish this sequel to Batman and Robin had happened just so we could have seen how awful it would have ended up being. Surprisingly, though, the premise doesn’t actually sound too terrible on paper. The plan – before Batman and Robin bombed and a sequel were scrapped – was for George Clooney’s Caped Crusader to face off against the Scarecrow.

The fear gas that creates hallucinations would have led to Jack Nicholson returning as The Joker, something which you have to imagine would have had a huge presence in the sequel’s marketing after the success of his first appearance in Tim Burton’s 1989 movie.

Of course, while the potential for something very interesting and exciting was undoubtedly there, Batman and Robin is proof enough that they would have messed it up, so this ultimately doesn’t feel like that huge a loss. 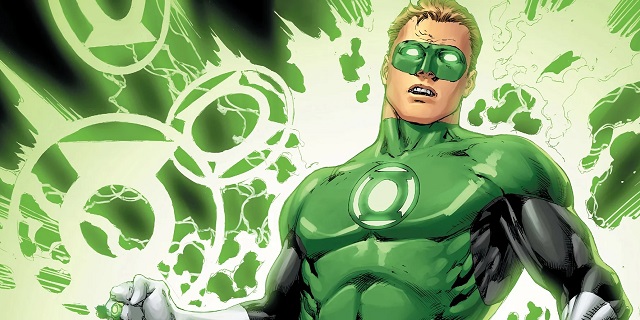 The 2011 Green Lantern we got was bad enough, but thank your lucky stars it wasn’t as terrible as the version that would have starred Jack Black in what sounds like a movie destined to be among the actor’s worst projects (and there are some pretty bad ones out there).

Written by Robert Smigel, this comic book adaptation took its cues from The Mask and would have been a straight up comedy which transformed fearless test pilot Hal Jordan into a furniture store employee and all round loser called Jud Plato.

It was a wacky and downright stupid sounding movie, which would have seen Black’s Green Lantern use his ring to create an elf for his friend to have sex with and a condom to trap criminals in. It’s hard to believe that Warner Bros. thought it would be a good idea to take this DC Comics property and transform it into a crude comedy, but for a while, they really did think about doing just that. 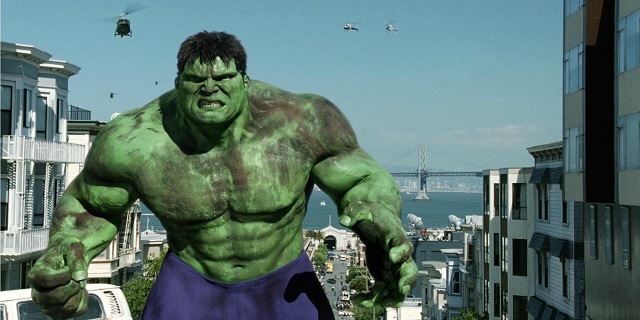 Poor old Hulk hasn’t had an easy time of it on the big screen. Between Ang Lee’s underwhelming 2003 effort and a disappointing reboot in 2008, the Green Goliath didn’t really find success until a starring role in The Avengers. Before any of those projects became a reality, however, there were plans for a movie starring the iconic character back in the 90s and Universal went through a number of drafts.

One of those featured Bruce Banner experimenting with gamma-irradiated insect DNA on convicts (turning them into, er, insect men), and another which would have starred someone like Jim Carrey or Adam Sandler in what would have been a full blown comedy.

These rewrites continued until Ang Lee came on board and we ended up with his take – which ended up being pretty weird anyway – but there are still obviously countless other Hulk movies we could have had before that one which would have been much worse. 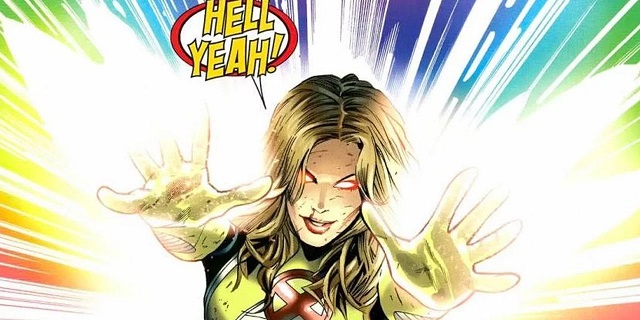 Iron Man was Marvel Studios’ first independently produced superhero movie, but that’s not the first time the comic book publisher tried to enter the superhero movie game. Back in the 1970s, they started developing a movie based on X-Men character Dazzler.

She had only just debuted at the time, and the disco diva who has the ability to turn sound into light actually seemed like an ideal candidate for her own movie back in the decade she was created in. The project got pretty far along, and Bo Derek was attached to star in what was a pretty perfect bit of casting.

Unfortunately, it was her insistence that her husband direct Dazzler which saw the project ultimately come to nothing. The character made a blink and you’ll miss it appearance in Dark Phoenix, but a solo movie is something we’re unlikely to ever see happen now anyway. 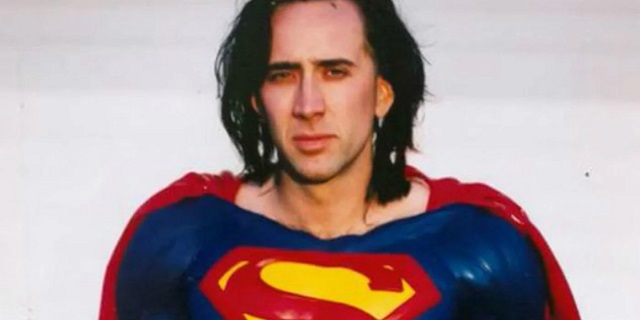 That’s right, someone really did think that Nicolas Cage as Superman was a good idea. After helming two very successful Batman movies, Warner Bros. hoped that Tim Burton could do the same for this comic book icon as he had for the Caped Crusader.

Costume designs for this take on Superman have found their way online over the years and all look horrible, especially as producer Jon Peters had banned the use of the classic red and blue suit because it looked, and we quote, “too faggy.” He also demanded that Superman not fly in the movie, and the studio turned Superman Lives into what was essentially a toy commercial.

Don’t believe us? Well, the movie would have included a “gay R2-D2 with attitude” to serve as a sidekick to Brainiac and a space dog as a pet for Lex Luthor. $30 million was wasted on this comic book movie before everyone involved just gave up. Could Burton’s direction have saved it? It honestly seems unlikely. 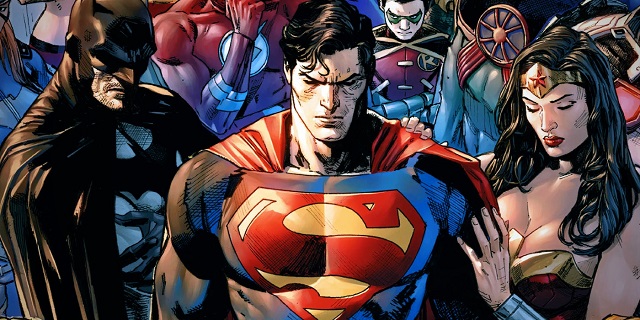 This is a comic book movie that may have actually been pretty good had it been made, but the potential for Justice League Mortal to be a disaster was definitely there. The George Miller helmed project would have been created with motion capture versions of the heroes (think Beowulf and The Polar Express) and a cast was quickly assembled.

That included names like Armie Hammer as Batman, D.J. Cotrona as Superman, Megan Gale as Wonder Woman, Common as Green Lantern, Adam Brody as the Flash, Santiago Cabrera as Aquaman, and Hugh Keays-Byrne as the Martian Manhunter.

As cool as it sounded, a ridiculously high budget and the writers strike put an end to this movie before it got very far, and it’s probably for the best. After all, who really wants a motion capture Justice League in preference of a live-action one? Had this succeeded, DC Films may have ended up all being animated!


Which of these comic book movies are you most relieved not to have seen become a reality? Have we missed any other surefire flops? As always, let us know your thoughts below.