Reports are coming in that WWE Superstar Sasha Banks has filmed scenes for the second season of Disney+’s The Mandalorian. The news first circulated as a rumor, but Pro Wrestling Sheet reckons they’ve now confirmed it.

We don’t have any details on Banks’ character or the size of her role, but the first season featured several cameo appearances from the likes of Ming Na-Wen, Bill Burr and Natalia Tena, so there’s a decent chance she’ll appear in a similar capacity.

Sasha has been off WWE television since the January 3rd episode of SmackDown, and is said to be dealing with an ankle injury.

Let us know what you think of this news in the comments, and check out some concept art from the Season 1 finale of The Mandalorian below.

This first piece is from Brian Matyas and Doug Chiang, and features Jarren commandeering that mega-powerful gattling gun to cut down as many Imperial troops as possible before his team was pinned down again.

Here we see Jarren and Cara Dune arrive on Kuiil’s moisture farm in order to recruit the Ugnaught to their cause.

Unfortunately, Kuill was killed by Scout Troopers when they captured Baby Yoda. Mando did take the time to give him a proper burial before leaving the planet, at least.

This next piece is from Brian Matyas, and focuses on Cara Dune, IG-11, Greef Carga and a severely injured Dyn Jarren making their escape through the Mandalorian tunnels.

When things look bleak, they encounter the Armorer who takes out a group of Stormtroopers with nothing but her hammer. 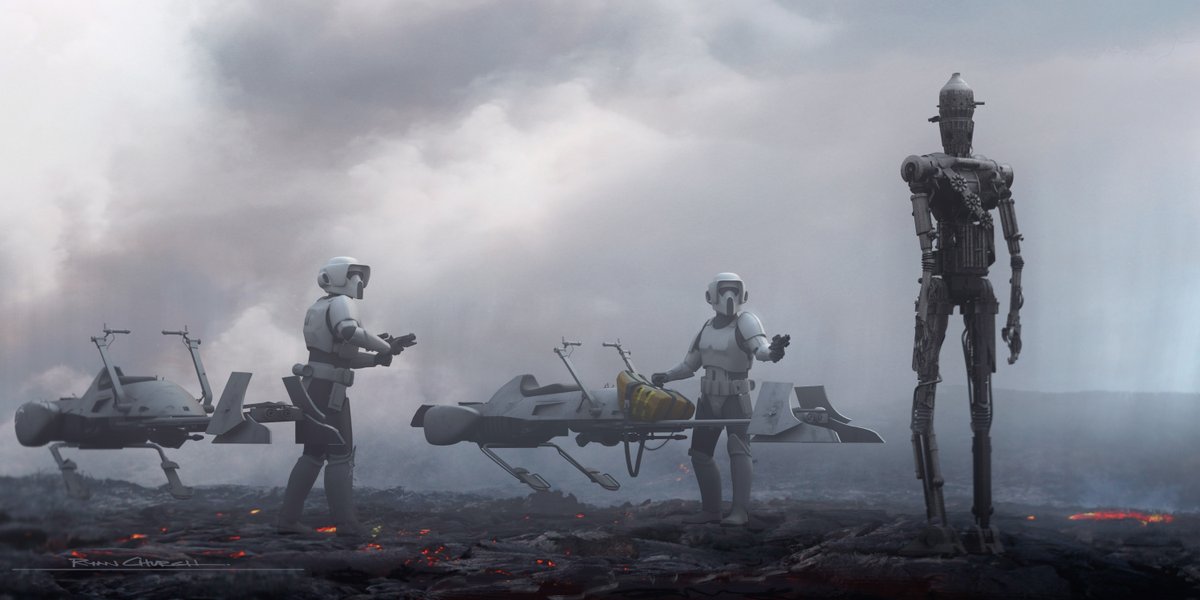 Finally, we see IG-11 approaching those comic-relief Scout Troopers to rescue Baby Yoda – which he does with extreme prejudice!

In order for the little fella and the others to escape, however, the droid later self destructs.