The latest casting rumors for season 3 of the DC Universe’s live-action Titans series is bringing some serious Young Justice vibes, as Kaldur, aka Aqualad, and Roy Harper could be joining the team. 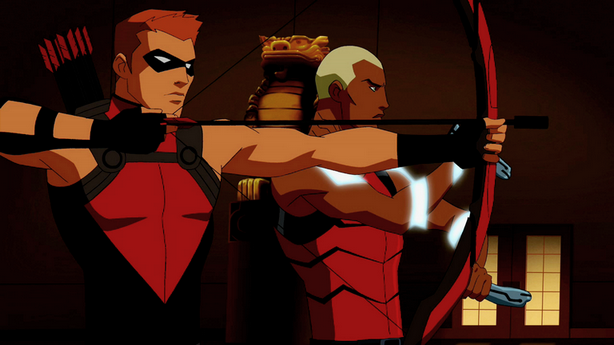 It was just rumored that an older, paralyzed Barbara Gordon could be appearing in Titans season 3 as the Commissioner of Gotham City, and now we have two more potential casting additions.

It seems Roy Harper (Speedy, Arsenal, Red Arrow) and Kaldur’ahm (Aqualad, Aquaman) could be joining the team if the latest online rumor [via Batman-News.com] is to be believed. Donna Troy actually referenced Roy Harper in a season 2 episode of Titans so it seems he may have been a member of the earlier incarnation of the team. Season 2 of the show also revealed that Deathstroke killed Kaldur’s predecessor Garth so perhaps he joins the team looking for revenge against Slade?

Season 3 of Titans is slated to premiere in 2020 4Q. For all the latest news on the DC Universe’s gritty take on the Teen Titans, check out our hub. What other past and current members from the comics would you live to see make the leap to live-action?