Warner Bros. Home Entertainment has announced that Stephen Norrington’s original Blade, which stars Wesley Snipes in the title role as the badass vampire hunter, will be arriving on 4K Ultra HD Blu-ray on December 1.

In addition to a standard edition, Blade will also receive a special edition Best Buy-exclusive Steelbook that is already available to pre-order for $44.99. However, it should be noted that that price point is likely to drop as we approach the end of the year.

The original film was a roaring success and ultimately spawned two hit sequels – Blade II (2002) and Blade: Trinity (2004) – before going dormant for over a decade after the critical response to the third film. The character’s rights eventually reverted back to Marvel in 2012, and just last year, during their San Diego Comic-Con presentation, Marvel Studios president Kevin Feige finally announced plans for a new Blade film set in the Marvel Cinematic Universe, with 2x Academy Award-winner Mahershala Ali in the lead role.

It’s tentatively scheduled to be part of Phase Five, with a possible 2022 release date being considered. 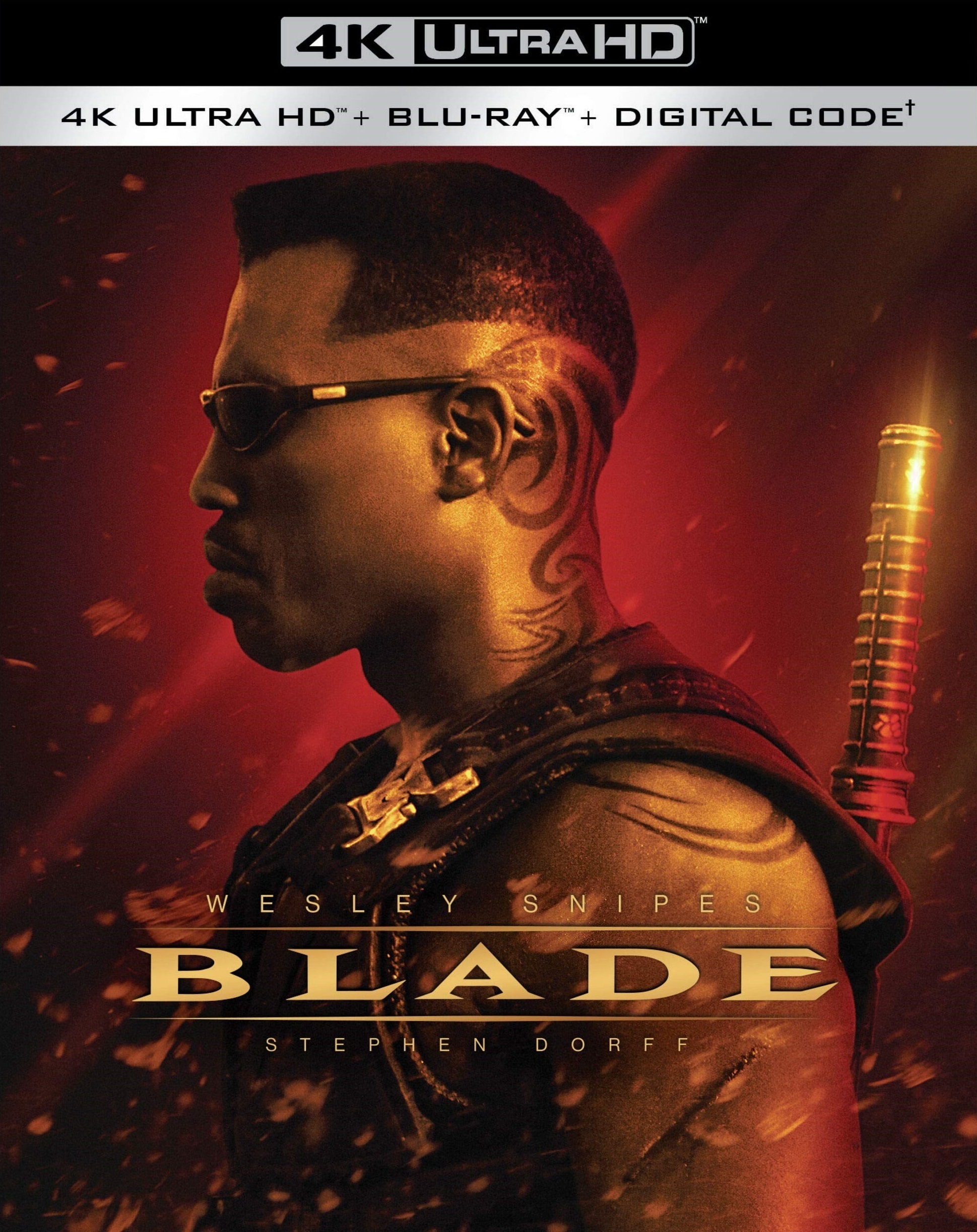