It was recently revealed that Kang the Conqueror will be the lead villain in Ant-Man 3, and with rumours swirling that the threequel will be used to introduce the Young Avengers, we can’t help but wonder who will join that team’s ranks in the Marvel Cinematic Universe.

The groundwork is certainly being laid for their debut, and seeing as Kang is the first villain they faced in the comic books, it makes sense for them to join Scott Lang and Hope Van Dyne in the movie.

Now, we’re by no means suggesting a ten-person team when the Young Avengers do assemble, but the characters listed here are those we want to see join their ranks either immediately or a little further down the line. It’s a bold move taking Earth’s Mightiest Heroes in this direction, but a “young” iteration of the team could be just what this world needs after Avengers: Endgame.

To find out which heroes have made the cut, simply click on the “Next” button down below! 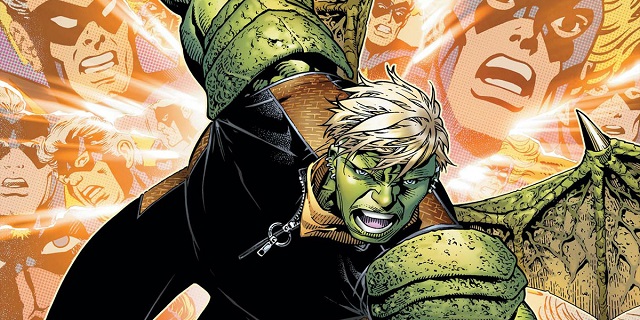 A half-Kree, half-Skrull alien raised as a human, Captain Marvel set the stage for Teddy Altman to be introduced, and the upcoming sequel – believed to be an adaptation of “Secret Invasion” – can easily explore the idea that a Kree and Skrull found love and spent years hiding out on Earth.

Hulkling is, of course, openly gay and Wiccan’s love interest, so there’s a lot the character can bring to the Marvel Cinematic Universe, particularly in terms of diversity.

We’re not sure the Marvel Cinematic Universe needs another Hulk, so a name change wouldn’t be the worst idea in the world. However, there’s a tonne of potential with a character like this, and exploring what it means to have the powers of both a Kree and Skrull could prove to be pretty badass. 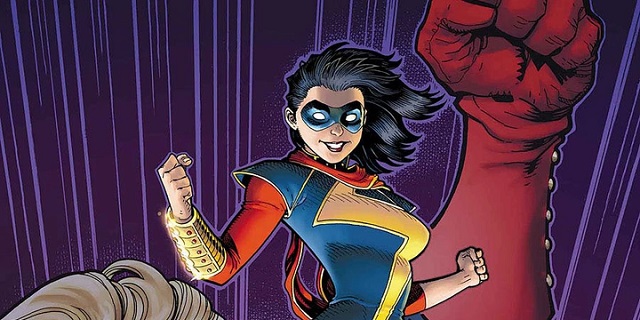 Ms. Marvel is an Avenger in the comic books, and has never actually joined the ranks of the Young Avengers. That feels like a logical step for her in this shared world, though, and there’s a lot the young Inhuman could bring to the table as a member of this new iteration of the fan-favourite team.

Kamala Khan isn’t necessarily a natural fit for Ant-Man 3, but if, like Teddy, she’s part of Captain Marvel 2, then those two could easily become friends and eventually seek out their fellow heroes.

Ms. Marvel definitely needs to remain a hero in her own right (unlike some of the other members of this team, she can hold her own in a solo series or movie), but the Young Avengers would definitely benefit from her involvement, and Kamala would actually be a pretty good choice of leader. 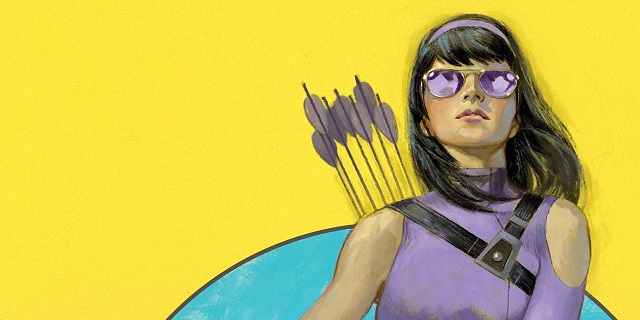 Kate Bishop is set to be introduced in the Hawkeye TV series coming to Disney+, and the signs are all pointing to the character taking over the mantle from Clint Barton.

Now, it’s definitely feasible that she will make her presence felt in Ant-Man 3 (likely as a friend of Cassie Lang’s or someone who is simply in the right place at the right time), and if Marvel Studios hopes to get fans on board with the new Hawkeye, then making her an Avenger would be a good start!

Hawkeye has always been at his best as an Avenger, and while we’re excited to see what Hailee Steinfeld (hopefully) brings to the role, we’re sure this iteration will also make a great (Young) Avenger. 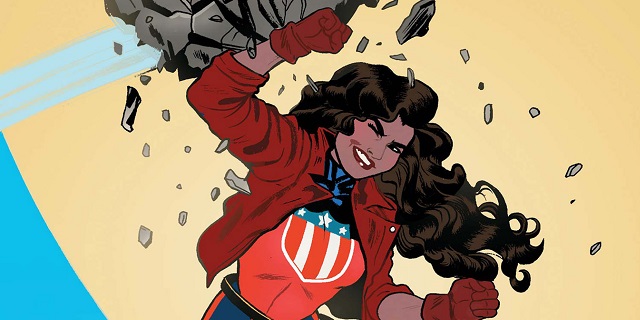 America Chavez is reportedly set to make her Marvel Cinematic Universe debut in Doctor Strange in the Multiverse of Madness, and as she knows all about time-travel and alternate realities, something tells us she might come in mighty handy when Ant-Man and The Wasp clash with Kang.

While she wasn’t a member of the original iteration of the team, she’s always been one of their most entertaining members, and her presence gives this version a real powerhouse to rely on.

Eventually, she even led the Young Avengers, so after an adventure with Doctor Strange and the Scarlet Witch (which will likely lead to her meeting Wiccan and Speed), it could even be in that sequel the first few members of the team assemble for the first time before returning in Ant-Man 3. 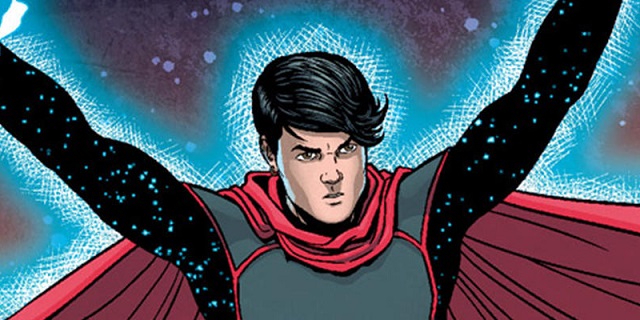 There were some big clues in the first teaser for WandaVision that the Scarlet Witch and The Vision’s twins will be introduced, and rumour has it that they’ll be aged up with every episode, ending the series as teenagers (who are obviously the perfect age to then join the Young Avengers).

Like his mother, Wiccan is an incredibly powerful magic user and can alter reality. An integral part of the team, he can teleport them across the globe and has a tonne of other impressive abilities.

While he is only just beginning to grasp his powers, it’s believed that he will one day be able to “rewrite the laws of magic,” and this is a character who can make a real impact in the MCU in future. 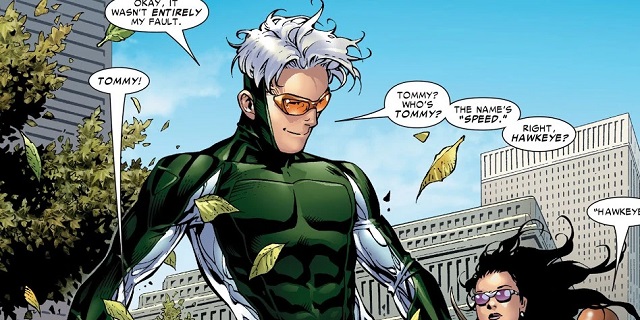 The spitting image of his uncle Pietro (better known as Quicksilver), Speed is, as his name implies, a speedster. Seeing as Quicksilver was killed off in the same movie he first appeared in – Avengers: Age of Ultron – the Marvel Cinematic Universe could do with a replacement, of sorts!

He’s not just a Quicksilver clone, of course, and is a great character in his own right.

While Joss Whedon certainly touched on the fun that can be have with superspeed on the big screen, and we wouldn’t be at all surprised to see Speed join Wiccan both in Doctor Strange in the Multiverse of Madness and Ant-Man 3 (the cocky younger being put in his place by the powerful Kang is an inevitability). It’s just a shame we won’t get to see him race his uncle! 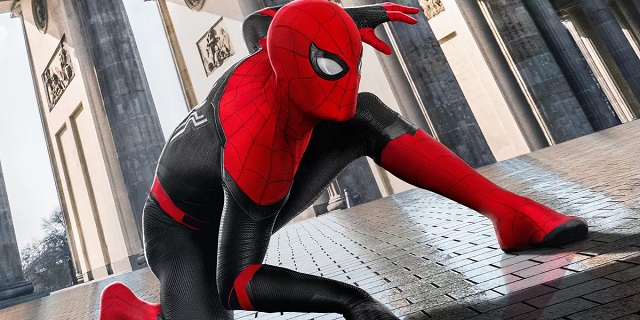 Following the events of Spider-Man: Far From Home, the web-slinger’s secret identity has been outed to the world, and he’s been framed for the murder of Mysterio. Moving forward, we don’t really know what to expect from his time in the MCU, especially as Marvel Studios and Sony Pictures have only agreed to one more solo movie and a single appearance beyond that.

While we don’t think Marvel Studios will waste Spider-Man in a supporting role in Ant-Man 3, if we are going to get a Young Avengers movie, then the teenage Peter Parker should join them.

He’s got experience fighting alongside Earth’s Mightiest Heroes for starters, and while he almost seems a tad overqualified for the team, they might be able to benefit from Spider-Man’s input. 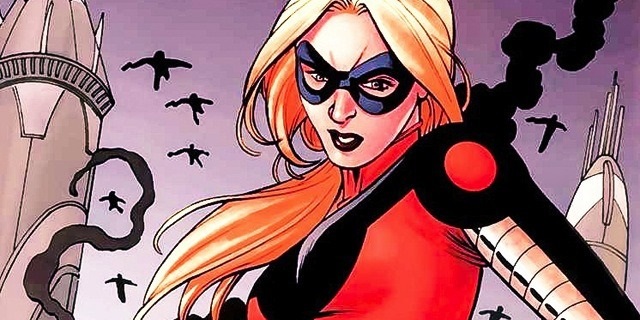 Considering the fact Avengers: Endgame aged up Cassie Lang and Ant-Man 3 will include Kang the Conqueror, it’s inevitable Marvel Studios will use that movie to have her become Stature.

She’s also gone by “Stinger” in the comic books, but we’d much rather see the Marvel Cinematic Universe get its own “Giant Woman” in the form of this rookie superhero. Whatever form the Young Avengers takes in the threequel, this hero has to be part of their roster and a founding member.

If Scott Lang is going to follow his comic book counterpart by dying before his daughter becomes a superhero, Stature may very well prove to be more important to the MCU than we ever expected. 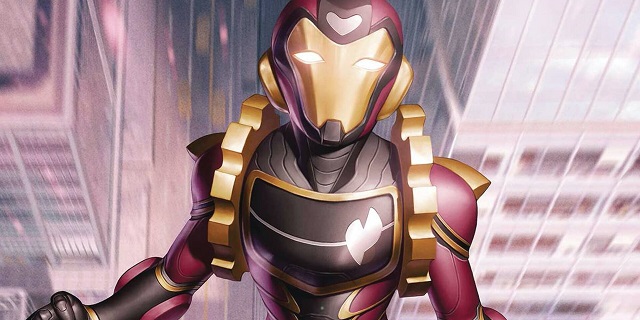 Ironheart is another hero who has never actually fought alongside the Young Avengers, but there’s a way to make this work in the Marvel Cinematic Universe that pays homage to the comic books.

As you’ll no doubt recall, Iron Lad is a founding member of the team who is revealed to be a younger version of Kang who travelled back in time to try and escape his future as a villain. We don’t expect to see that here, but Riri Williams could easily be his ancestor or even his daughter!

This could be a fun way to bring Ironheart into the MCU, and avoids the need to tie the character to Iron Man in any way (we doubt Robert Downey Jr. wants to return as her A.I. helper). 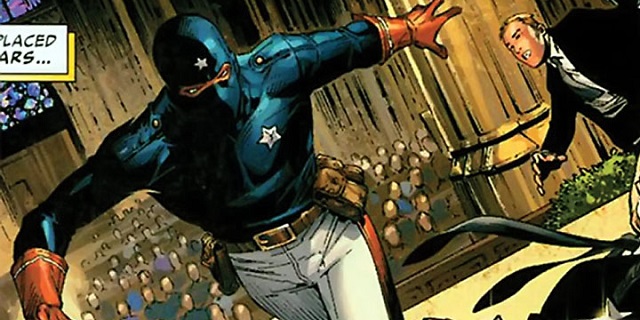 A founding member of the Young Avengers who has been sidelined in recent years, lijah Bradley is the nephew of Josiah-X and grandson of Isaiah Bradley, and the latter is expected to make his live-action debut in The Falcon and The Winter Soldier whenever that debuts on Disney+.

With all the abilities of a Super Soldier, we don’t think he’d necessarily step on the toes of the MCU’s new Captain America, but Marvel Studios might have second thoughts about introducing “Captain America-lite.” We hope not, though, as it would be fascinating exploring Isaiah’s legacy.

Time will tell, but we’d love to see Patriot make his presence felt in the MCU sooner rather than later.