The long-awaited horror comedy sequel, which brought back stars Woody Harrelson, Jesse Eisenberg, Emma Stone and Abigail Breslin; proved to be well worth the wait and ultimately succeeded both critically and commercially, grossing over $117.7 million worldwide ($72.2M domestic; $45.5M foreign) on an estimated $42 million production budget.

WOODY HARRELSON, JESSE EISENBERG, ABIGAIL BRESLIN AND EMMA STONE ARE BACK TO TAKE ON THE UNDEAD IN THE LAUGH-OUT-LOUD COMEDY OF THE YEAR

Set one decade after the events of the first film, ZOMBIELAND: DOUBLE TAP finds Tallahassee (Woody Harrelson), Columbus (Jesse Eisenberg), Little Rock (Abigail Breslin), and Wichita (Emma Stone) working together as a well-oiled, zombie-killing machine with a new home in the now-vacant White House. These four slayers must face off against the many new kinds of zombies that have evolved since the first movie, as well as some new human survivors. But most of all, they have to face the growing pains of their own snarky, makeshift family.

In addition to the film’s on-screen reunion, ZOMBIELAND: DOUBLE TAP brings back several fan-favorites behind the camera as well. Director Ruben Fleischer returns to the Zombieland universe after the blockbuster debut of Venom in 2018, directing a script penned by original Zombieland screenwriters Rhett Reese and Paul Wernick, in addition to Dave Callaham, solidifying ZOMBIELAND: DOUBLE TAP as an event ten years in the making.

The bonus materials for ZOMBIELAND: DOUBLE TAP include audio commentary by Ruben Fleischer, a hilarious blooper reel, nine alternate & extended scenes, and several behind-the-scenes featurettes diving into the making of the film and more! 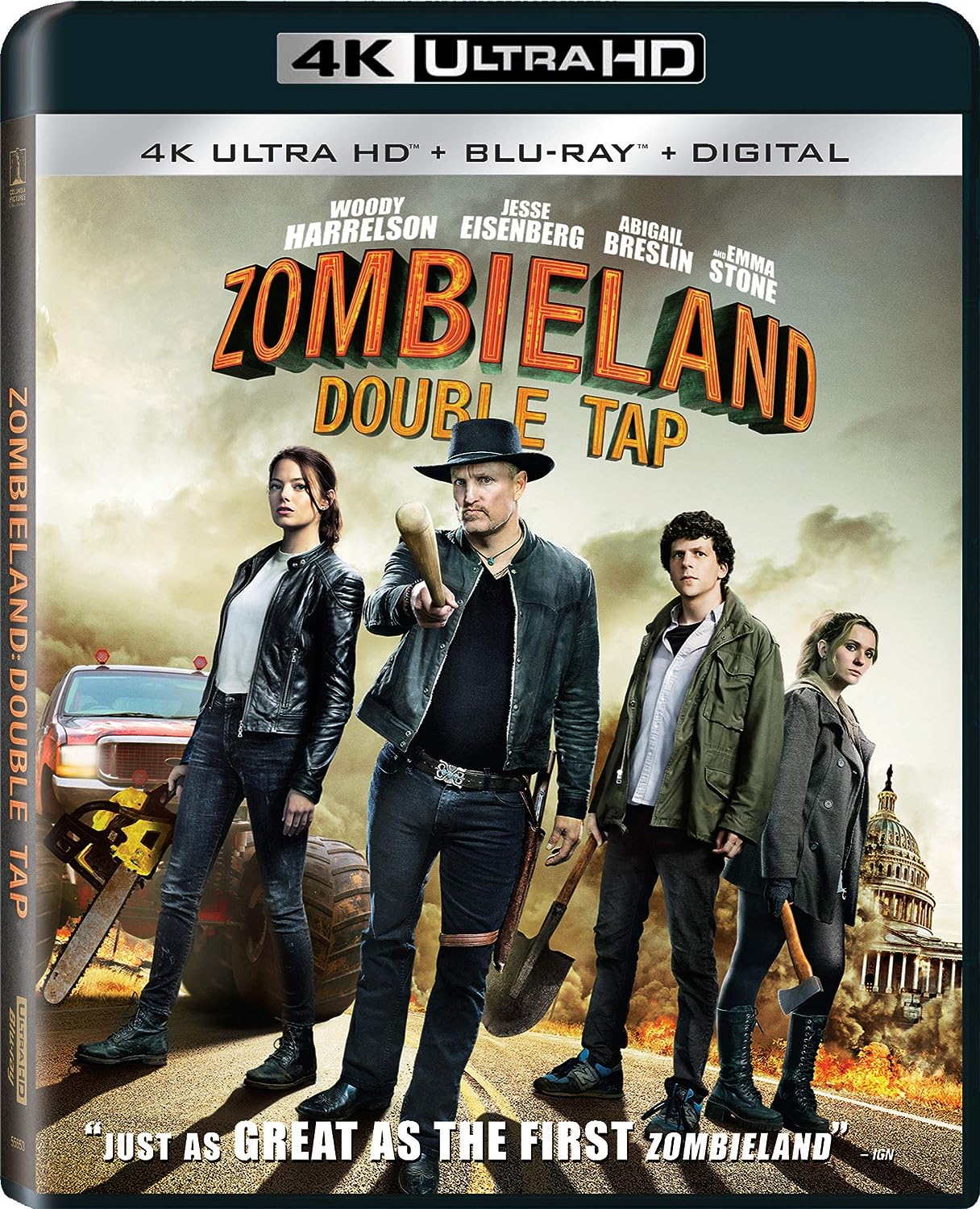 To check out photos from ZOMBIELAND: DOUBLE TAP, simply click on the VIEW LIST (ONE PAGE) button below!

After the events of the first film, Columbus, Tallahassee, Wichita and Little Rock move to the American heartland as they face off against evolved zombies, fellow survivors and the growing pains of the snarky makeshift family.