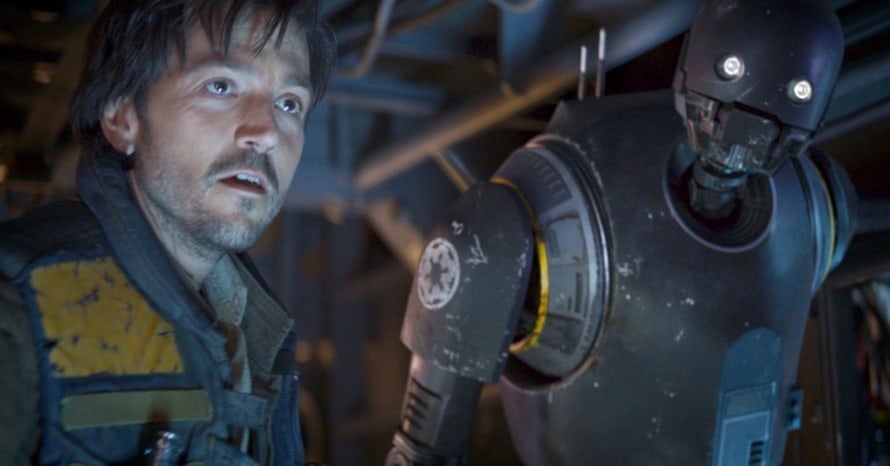 Alan Tudyk confirmed that K-2SO from Rogue One: A Star Wars Story will not appear in the first season of Diego Luna’s Andor series coming to Disney Plus.

When the Cassian Andor series was first announced, many speculated as to whether or not we could see the return of K-2SO as well, who was portrayed by Alan Tudyk via performance capture in Rogue One: A Star Wars Story. In 2019, Disney confirmed Tudyk would appear in the series, but it now sounds like plans have changed.

Andor is currently in production in the UK with Diego Luna being joined by Stellan Skarsgard, Adria Arjona, Fiona Shaw, Denise Gough, Kyle Soller, and Genevieve O’Reilly. Alan Tudyk’s name was left off of the cast list and the Rogue One star recently revealed K-2SO will not be in the first season but didn’t rule out a return as the droid in the future while speaking with Collider:

“They’re shooting it right now, I’m not in it. But, if it stays on the air, stories keep getting told, I’ll end up in there.”

Do you think Andor needs K-2SO in it? Feel free to share your thoughts below!

Rogue One: A Star Wars Story is now available on Digital HD, 4K UHD, Blu-Ray, and DVD. Stay tuned for all the latest news on the future of the Star Wars franchise and be sure to subscribe to Heroic Hollywood’s YouTube channel for more great video content!