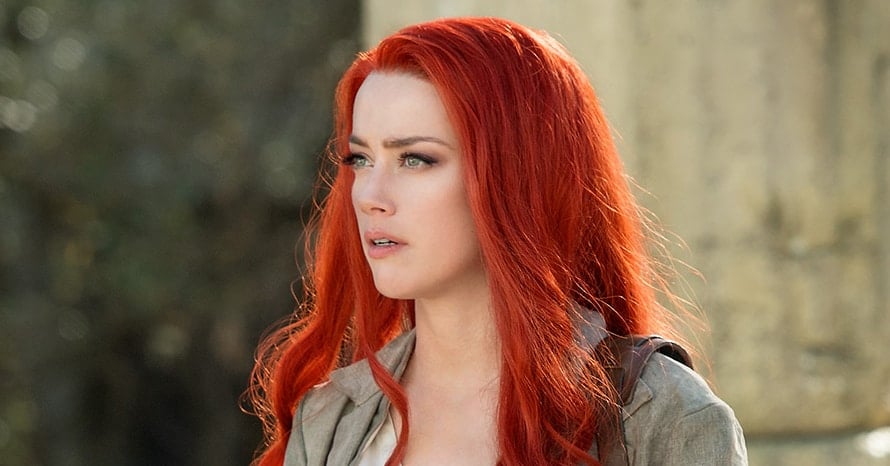 Mera star Amber Heard teased her return to Aquaman 2 with a sleepy behind-the-scenes photo of herself from the first film.

it’s been quite some time since Aquaman first debuted in theaters back in 2018, but the sequel is finally gearing up for production later this year. In fact Dolph Lundgren (who plays King Nereus) previously mentioned that filming on Aquaman 2 starts in London this summer. It’ll see Jason Momoa and Amber Heard both return to their respective roles as Arthur Curry and Mera of Xebel.

But Amber Heard recently gave fans a look at what filming was like the first time round, as she posted a behind-the-scenes photo of herself wearing the Mera costume while napping in between takes with a joking caption about how she forgot her pyjamas. The star recently revealed that she’s started training to reprise her role. Take a look at the behind-the-scenes photo below.

What do you make of the behind-the-scenes photo posted by Amber Heard? Are you excited to see Aquaman 2 when it arrives in 2022? Sound-off in the comments below!

From Warner Bros. Pictures and director James Wan comes an acition-packed adventure that spans the vast, visually breathtaking underwater world of the seven seas, “Aquaman,” starring Jason Momoa in the title role. The film reveals the origin story of half-human, half-Atlantean Arthur Curry and takes him on the journey of his lifetime—one that will not only force him to face who he really is, but to discover if he is worthy of who he was born to be… a king.

Aquaman is available on Digital HD, 4K UHD Combo Pack, Blu-ray Combo Pack, and DVD, with the sequel currently scheduled for December 16, 2022. Stay tuned for all the latest news on Amber Heard as Mera in the upcoming Aquaman sequel, and be sure to subscribe to Heroic Hollywood’s YouTube channel for more video content!