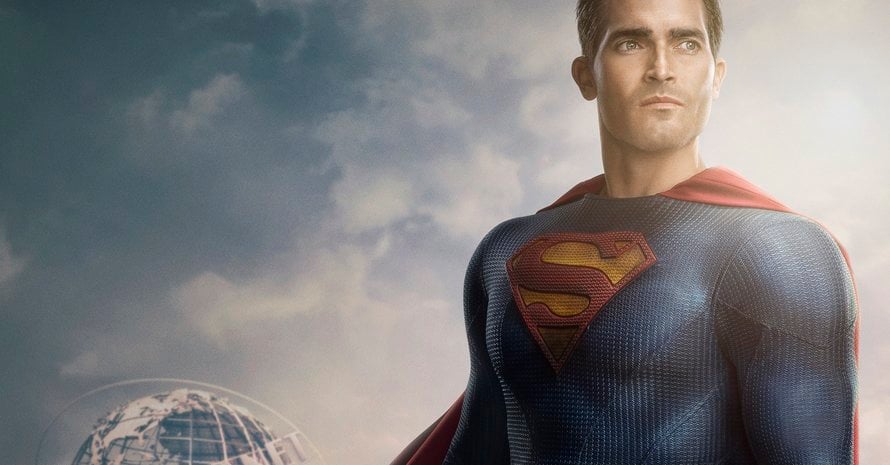 Played by David Rasmey, John Diggle has been a key player in the Arrowverse since its inception. The star has appeared in every show the shared universe has put out. In recent years, the star has begun to work on the franchise behind-the-scenes, directing several episodes for the likes of Arrow, Supergirl, Batwoman, and Superman & Lois.

The star is set to return as John Diggle in a brand new episode of Batwoman next month. But the star is also returning behind the camera as David Ramsey is set to direct a new episode for Superman & Lois‘ second season. The episode, titled “The Ties That Bind” will be the second episode of the second season. The crux of the episode will see Superman seeking out help for the visions he’s been having.

The CW has released the plot synopsis for the second season’s sophomore episode.

DAVID RAMSEY “ARROW” DIRECTS THE EPISODE – Clark (Tyler Hoechlin) opens up to Lois (Elizabeth Tulloch) about his ongoing struggle with visions and admits that there is only one person who might be able to help. Meanwhile, Lana (Emmanuelle Chriqui) receives some unexpected news and tensions begin to rise between Lois and Chrissy (Sofia Hasmik). Lastly, Sarah (Inde Navarrette) breaks plans with Jordan (Alex Garfin) to spend time with Natalie (Tayler Buck). Jordan Elsass, Erik Valdez and Wole Parks star. The episode was directed by David Ramsey and written by Kristi Korzec & Michael Narducci.

Here is the synopsis for Tyler Hoechlin’s Superman and Lois:

Tyler Hoechlin and Elizabeth Tulloch star as Superman & Lois, the world’s most famous superhero and comic books’ most famous journalist, as they return to Smallville to face their greatest challenge ever – dealing with all the stress, pressures and complexities that come with being working parents in today’s society.

In addition to Tyler Hoechlin as Clark Kent and Elizabeth Tulloch as Lois Lane, the series stars Jordan Elsass and Alexander Garfin as the sons of the titular characters, Dylan Walsh as General Sam Lane, Emmanuelle Chriqui as Lana Lang, and Erik Valdez as Kyle Cushing. Written by The Flash‘s Todd Helbing, the series will be executive produced by Helbing, Greg Berlanti, Sarah Schechter, and Geoff Johns.

Superman and Lois will return on January 11, 2022. Stay tuned for all the latest news on the Arrowverse, and be sure to subscribe to Heroic Hollywood’s YouTube channel for more original video content in the future!