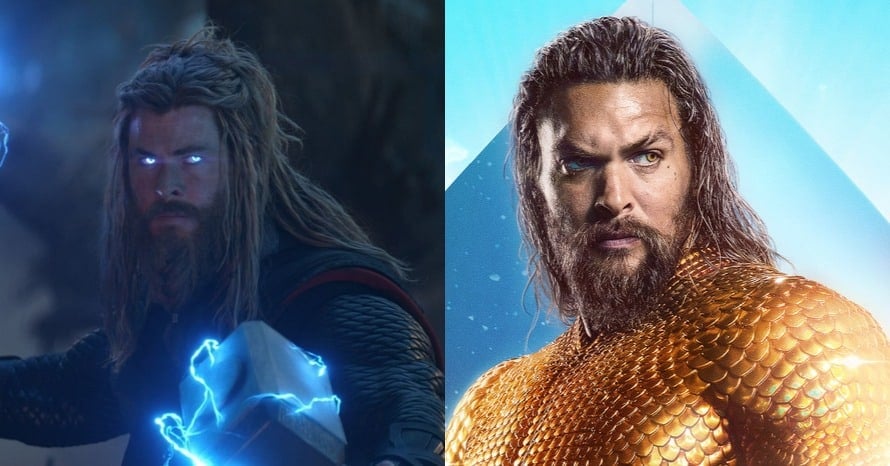 Chris Hemsworth’s Thor and Jason Momoa’s Aquaman are franchises with a surprising number of similarities. Mainly they were both franchises that, 15 years ago, would probably have never seen the light of day given how flat out silly the source material was. When the first Thor film was released, however, it had a generally positive response with a 77% approval rating on Rotton Tomatoes and went on to nearly $450M at the worldwide box office. It’s first sequel, Thor: The Dark World would sadly have a decidedly more negative reception. However, thanks to Thor: Ragnarok and his role in Avengers: Infinity War and Avengers: Endgame, Chris Hemsworth’s Thor has gone on to become one of the more interesting three-dimensional characters in the entire Marvel Cinematic Universe.

Jason Momoa’s Aquaman, likewise, turned out to be a massive hit for Warner Bros and DC. The film ultimately earned over $1B at the worldwide box office and currently holds a 65% approval rating on Rotten Tomatoes. However, the Jason Momoa film did draw some criticism from comic book fans for its portrayal of Aquaman. Mainly the version in the comics notably has blond hair and a lighter skin tone which Jason Momoa decidedly does not.

Due in part to this alteration, some fans have taken to the internet to design their own version of Aquaman. This has included artist jscomicart who, in a new post, swapped out Jason Momoa for Avengers star Chris Hemsworth for the role. You can see the full image below:

What do you all make of this image? Would you have like to see Avengers star Chris Hemsworth portray Aquaman? What did you think of the Jason Momoa film? Let us know what you think in the comments below!

Chris Hemsworth last appeared as Thor in Avengers: Endgame. Here is the plot synopsis for the film: