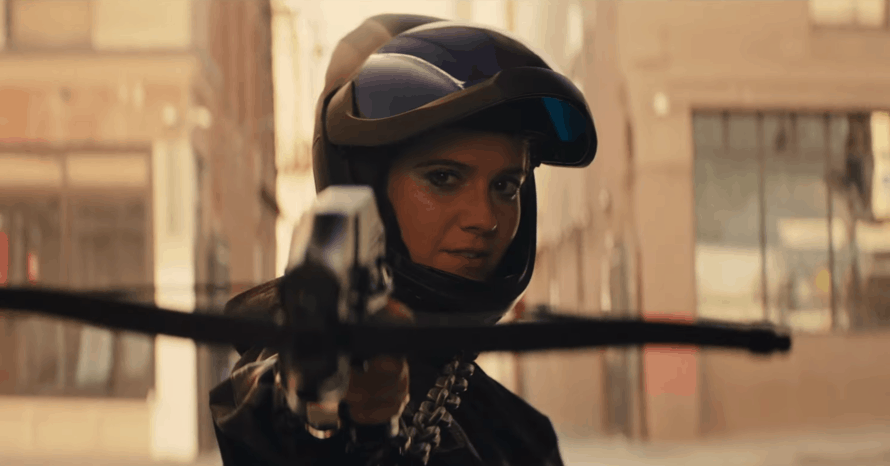 Birds of Prey star Mary Elizabeth Winstead opened up about potentially returning as Huntress in the DC Extended Universe.

Birds of Prey may not have been the commercial darling that Warner Bros. was hoping for but the film was well-received by critics and fans who praised the action sequences and inventive characters. The future regarding the Birds of Prey team is uncertain, though it was revealed late last week that Jurnee Smollett would be returning as Black Canary for a spin-off film.

With the hopes that the core team would return in the future, Comicbook.com asked Mary Elizabeth Winstead if she’d be returning as Huntress in the near future.

“I’m down for anything, really, I think Huntress is such a fun character, I don’t know if there’s any plans in the future to continue that version of Huntress, because there’s a few different versions out there, in the comic books there’s different versions, so I don’t know if that’s what’s in store. But I’m happy I got the chance to do at least one iteration of her and if that iteration continues then I’d love to be a part of it, but we’ll see what happens.”

The future is uncertain for Huntress but it’s entirely possible that the character could show up in the solo Black Canary film as a cameo. Out of all the characters from Birds of Prey, Winstead’s Huntress arguably received the most fanfare, so it’d be a shame to not see her return.

“You ever hear the one about the cop, the songbird, the psycho and the mafia princess? Birds of Prey (And the Fantabulous Emancipation of One Harley Quinn) is a twisted tale told by Harley herself, as only Harley can tell it. When Gotham’s most nefariously narcissistic villain, Roman Sionis, and his zealous right-hand, Zsasz, put a target on a young girl named Cass, the city is turned upside down looking for her. Harley, Huntress, Black Canary and Renee Montoya’s paths collide, and the unlikely foursome have no choice but to team up to take Roman down.”

Birds of Prey is available on Digital HD, 4K Ultra HD, Blu-ray, and DVD. Stay tuned for all the latest news on the future of the DC Extended Universe, and be sure to subscribe to Heroic Hollywood’s YouTube channel for more exclusive video content.