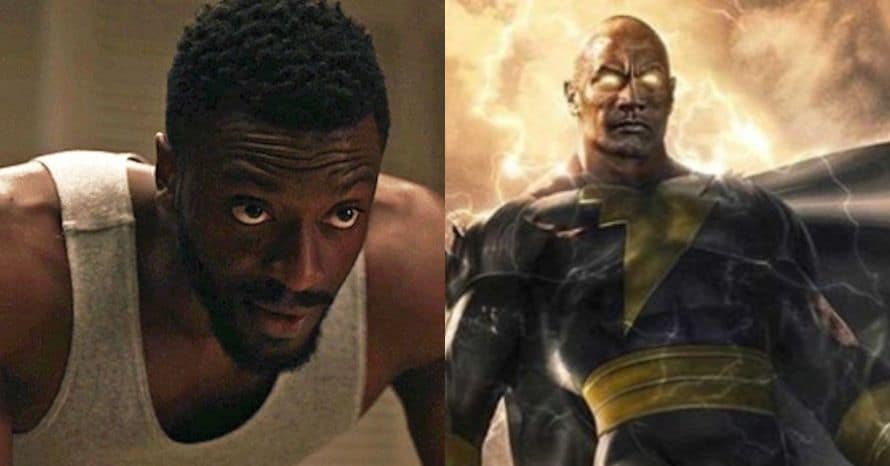 Hawkman actor Aldis Hodge explained how Dwayne Johnson motivates him for his role in the upcoming DC movie, Black Adam.

With Black Adam eyeing a production start date within the next few months, it isn’t so surprising that the cast is preparing to suit up to star opposite Dwayne Johnson in the DC anti-hero’s movie. But Hawkman actor Aldis Hodge revealed the unique way that Johnson has motivated him when it comes to preparing for his role as the Justice Society of America member. Aldis Hodge’s Hawkman will also be joined by Noah Centineo’s Atom Smasher and Quintessa Swindell’s Cyclone.

When speaking to Variety about playing Hawkman in Black Adam, Aldis Hodge revealed that Dwayne Johnson’s workout videos on Instagram push him to work harder in getting in shape for the role. The star previously showed off the comics side to his preparation, as he posted a picture of several notable Hawkman books which see the hero working with the JSA. Take a look what Aldis Hodge had to say about Dwayne Johnson below.

“It is not a game and the Rock is always throwing up videos on Instagram. Every time I see him I feel like he’s gained 100 more pounds. And I’ll just be up in the gym looking at myself with the little subtle flex and I’m not getting anything. Nothing is happening to me. It keeps me motivated because I’ll be in the gym taking a minute on a bike or something like that, and then I see him in the gym all swole and I’m like, ‘I must do better.’”

Are you expecting to see a fight between Hawkman and Black Adam in film? Are you excited to see Aldis Hodge star opposite Dwayne Johnson? Sound-off in the comments below!

Jaume Collet-Serra is directing Black Adam from a script written by Adam Sztykiel. The Dwayne Johnson movie is expected to introduce Hawkman, Doctor Fate and the Justice Society of America to the DC Extended Universe. New Line and DC’s Shazam! was originally going to feature Black Adam before the decision was made to give the character his own standalone film.

In the meantime, fans can still re-watch the original Shazam! film on all home media formats:

Shazam! is now available on Digital HD, 4K Ultra HD, Blu-ray, and DVD. Black Adam is currently scheduled to hit theaters on December 22, 2021. Stay tuned for all the latest news on Black Adam and Aldis Hodge and be sure to subscribe to Heroic Hollywood’s YouTube channel for more original video content.