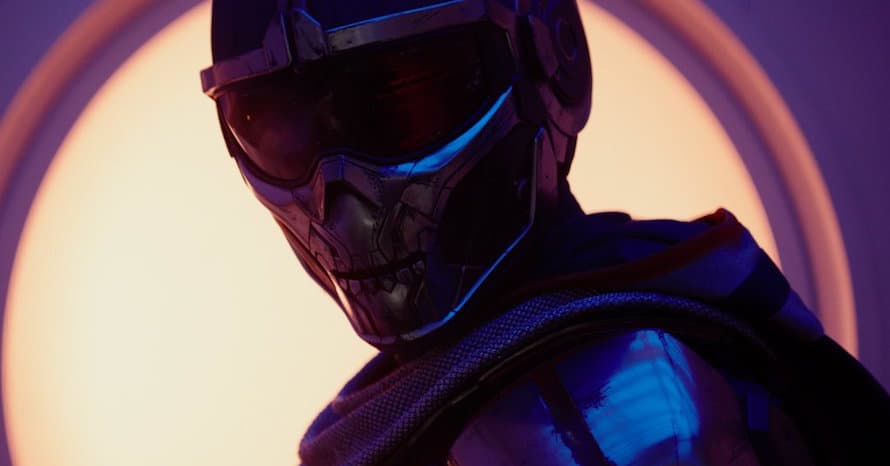 One of the biggest mysteries heading into Black Widow was the identity of Taskmaster, who is Tony Masters in the comics. In Black Widow, Taskmaster is revealed to be Dreykov’s daughter, who Natasha thought she killed years ago. Black Widow writer Eric Pearson revealed to ComicBook.com that Tony Maters was Taskmaster in previous drafts:

“Well, there was a previous draft where it was a Tony Masters character, but it did… It was hard because we had certain things that we knew certain constants. One of the constants was we were right after Captain America: Civil War and before Avengers: Infinity War which meant our great threat, the Red Room… One of the bigger kind of complications was figuring out a villain plot that could succeed and go unnoticed, which ultimately, I think kind of works out for a spy thriller film and also for Dreykov as an ultimate villain because he is a bit of a cowardly man who wields power from the shadows, but spends most of his time isolated, like a weird Howard Hughes, just talking about how big he is to himself because he’s too scared to actually kind of like get out there in the world.”

Pearson went onto explain why they decided to take Taskmaster in a different direction:

“Tony Masters didn’t seem to really fit into that. And meanwhile, we had this mystery of “What happened to Dreykov’s daughter?” And I don’t know it seemed like because Natasha Romanoff’s story is always going to be more grounded, but you still want some Marvel fun, fantastic in it. The idea of an accident going wrong and we’ve already got this facility now in the Red Room that is constantly with working on and the idea of mind control and rebuilding and controlling the human brain, the idea of an accident going wrong with a loved one and using the technology to reconstruct that person’s mind finding something new, finding the photographic reflexes in rebuilding that mind that felt like a good Marvel comic book addition to an otherwise more grounded spy thriller thing.”

Ultimately, he feels like the Taskmaster twist made sense for the story they were telling:

“So I don’t know, I tried it out and people liked it. I don’t know, it worked for our story. And so we just went with it. They’re taking elements that they were like, “Oh, okay, well we did it this way, this works because we’re already dealing with rebuilding the human mind,” and, “Okay. This works and this works. So yeah, let’s do it that way.”

Were you a fan of the Taskmaster twist? Let us know in the comments section below!

Here is the synopsis for Black Widow:

Black Widow is out now in theaters and on Disney Plus via Premier Access. Stay tuned for all the latest news on the film, and be sure to subscribe to Heroic Hollywood’s YouTube channel for more original video content.