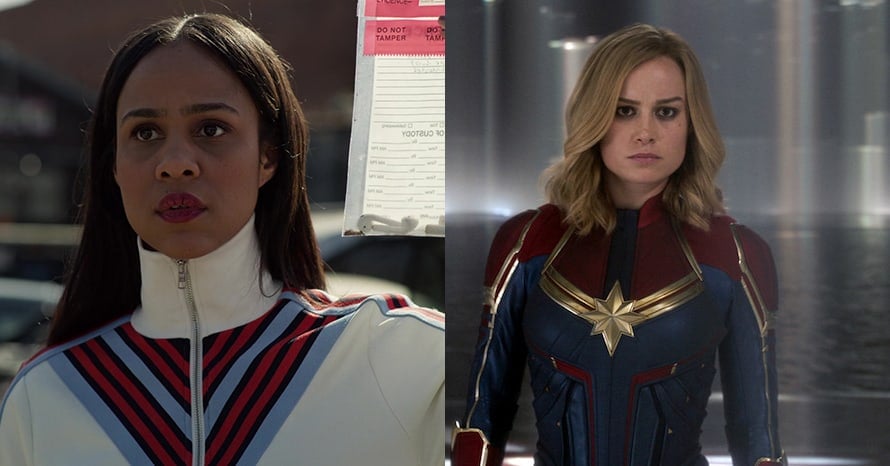 Brie Larson was joined by her The Marvels co-star Zawe Ashton in a new behind-the-scenes photo.

Filming on The Marvels is in progress, with many details of the sequel from Candyman director Nia DaCosta being kept under wraps. What we do know is that Brie Larson will be joined by Samuel L. Jackson’s Nick Fury and Iman Vellani’s Kamala Khan after her MCU debut on Disney Plus.

The Marvels will also feature the MCU debut of Zawe Ashton. We don’t know who Ahston will be playing, but it was originally reported that she would play the villain. Brie Larson fueled fan speculation on Twitter after sharing a photo with Ashton, where she is wearing a shirt saying, “Villain Lovers Club.” You can check out Larson’s post below.

Here is the synopsis for Brie Larson’s first film as the MCU hero:

Set in the 1990s, Marvel Studios’ “Captain Marvel” is an all-new adventure from a previously unseen period in the history of the Marvel Cinematic Universe that follows the journey of Carol Danvers as she becomes one of the universe’s most powerful heroes. While a galactic war between two alien races reaches Earth, Danvers finds herself and a small cadre of allies at the center of the maelstrom.

Captain Marvel is available to own on 4K Ultra HD Blu-ray, Blu-ray, DVD, and Digital HD. It’s also available to stream on Disney Plus. Meanwhile, The Marvels will hit theaters on February 17, 2023.

Be sure to continue following Heroic Hollywood for all the latest news on the upcoming sequel starring Brie Larson and the future of the Marvel Cinematic Universe. Make sure to subscribe to Heroic Hollywood’s YouTube channel for more original video content.