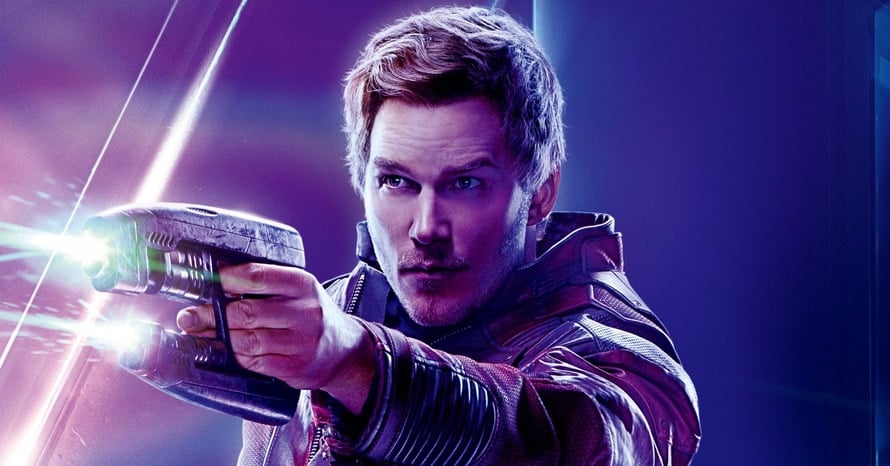 Chris Pratt offered an update on James Gunn’s Guardians of the Galaxy Vol. 3 by revealing when the Marvel film is looking to begin principal photography.

James Gunn is busy in the DC universe at the moment, currently filming the Peacemaker HBO Max series, but he will return to the Marvel Cinematic Universe to close out his Guardians of the Galaxy trilogy. We recently learned that Vol. 3 will hit theaters on May 23, 2023. The good news is we will be able to see Chris Pratt’s Star-Lord and the rest of the team before then in Thor: Love and Thunder, which will arrive next year.

During the production of Guardians of the Galaxy Vol. 3, a Holiday Special for Disney Plus will also be filmed. In an interview on Jimmy Kimmel Live, Chris Pratt shared that filming on the sequel will begin at the end of the year:

“We will be shooting that at the end of this year and the beginning of next year, so like November to maybe April.”

It’s well known at this point that James Gunn was originally fired from Vol. 3, and because of that, Chris Pratt knows everything since the script has been finished for some time:

“Yes, well the script was written years ago because we were going to do it years ago, and due to unforeseen circumstances and then a pandemic – I can’t – I don’t even really remember what happened, but for some reason we didn’t shoot it and now, by the grace of God, we will shoot it, and it will be directed by James Gunn, and that’s really f***ing cool!”

Do you think Vol. 3 will be the last time we see Chris Pratt as Star-Lord? Comment below!

Guardians of the Galaxy Vol. 3 will hit theaters on May 23, 2023. Stay tuned for all the latest news on the future of the Marvel Cinematic Universe, and be sure to subscribe to Heroic Hollywood’s YouTube channel for more original video content!