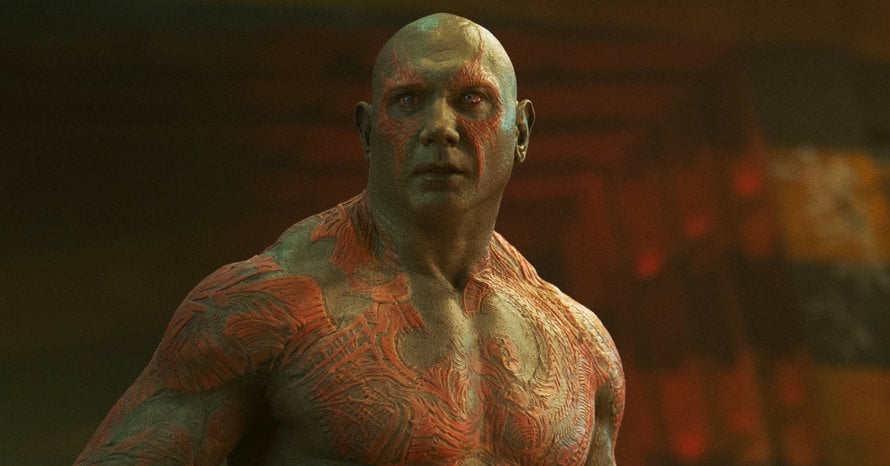 Dave Bautista recently opened up about Drax’s future after James Gunn’s Guardians of the Galaxy vol.3.

It’s hard to imagine the cosmic side of the Marvel Cinematic Universe without Dave Bautista’s Drax, but according to the star he might not appear in future films after Guardians of the Galaxy vol. 3 and Thor: Love and Thunder. Bautista’s schedule is getting more and more packed, as he’ll next star in Zack Snyder’s Army of the Dead for Netflix. But as far as Drax goes, it doesn’t seem like Marvel Studios is interested in giving the hero a bigger role going forward.

When speaking to Digital Spy ahead of Army of the Dead‘s debut on Netflix, Dave Bautista explained that there were discussions about giving Drax and Mantis (Pom Klementieff) their own spin-off movie. However, according to Bautista there’s been no follow-up from Marvel Studios about the idea, noting that after Guardians of the Galaxy vol. 3, “that’s probably going to be the end of Drax.” Take a look below.

“There were talks for a while about a Drax and Mantis film. It was really because it was James Gunn’s idea. He really wanted to do a Drax and Mantis film. He laid it out to me. I thought it was such a brilliant idea, but I haven’t heard any follow-up from the studio. I don’t think they’re very interested, or it doesn’t fit into the way they have things mapped out. But other than that, no. I mean, as far as my obligations, I’ve got Guardians 3, and that’s probably going to be the end of Drax.”

What do you make of the Drax and Mantis news? Are you surprised that Marvel wasn’t interested? Would. you like to see Dave Bautista play Drax for years to come? Sound-off in the comments below!