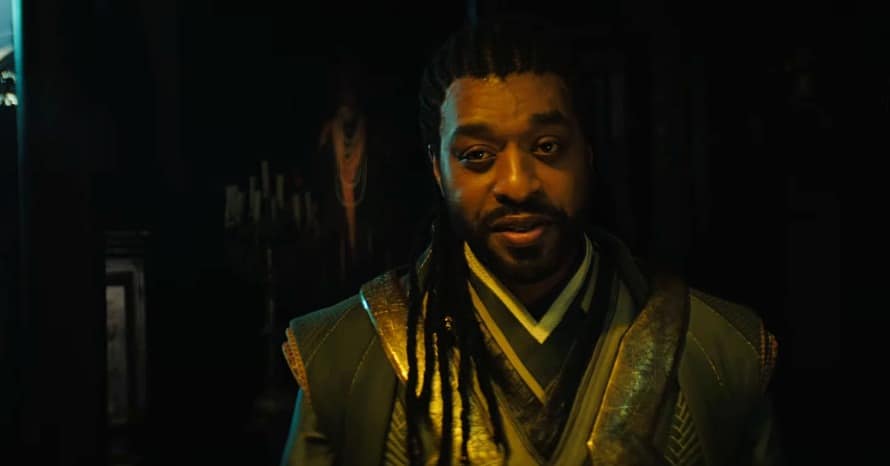 A new look at Chiwetel Ejiofor as Master Mordo in Doctor Strange 2 has been revealed.

Academy Award-nominated actor Chiwetel Ejiofor will make his return to the Marvel Cinematic Universe as Master Mordo in Doctor Strange in the Multiverse of Madness. He will reunite with his co-stars Benedict Cumberbatch, Benedict Wong and Rachel McAdams in the upcoming sequel, and sports a brand new look for the Sam Raimi-directed film.

We got brief glimpses at what Chiwetel Ejiofor’s Master Mordo will bring in the first official trailer for Doctor Strange in the Multiverse of Madness, and now our latest new look comes courtesy of packaging from the Marvel Legends Series. You can check it out down below:

Some fans have speculated that Chiwetel Ejiofor’s Master Mordo could be a variant from a different part of the Multiverse. Given that the conclusion of the first Doctor Strange film pits him as a new adversary for the titular hero, it will be interesting to see what a masterful actor like Chiwetel Ejiofor will bring to the story this time around, especially under the direction of Sam Raimi.

Doctor Strange currently appears in Spider-Man: No Way Home. Here is the synopsis:

Spider-Man: No Way Home is now playing in theaters. Meanwhile, Doctor Strange in the Multiverse of Madness opens in theaters on May 6, 2022. Stay tuned for all the future of Chiwetel Ejiofor as Master Mordo in the MCU,  and be sure to subscribe to Heroic Hollywood’s YouTube channel for more original video content.