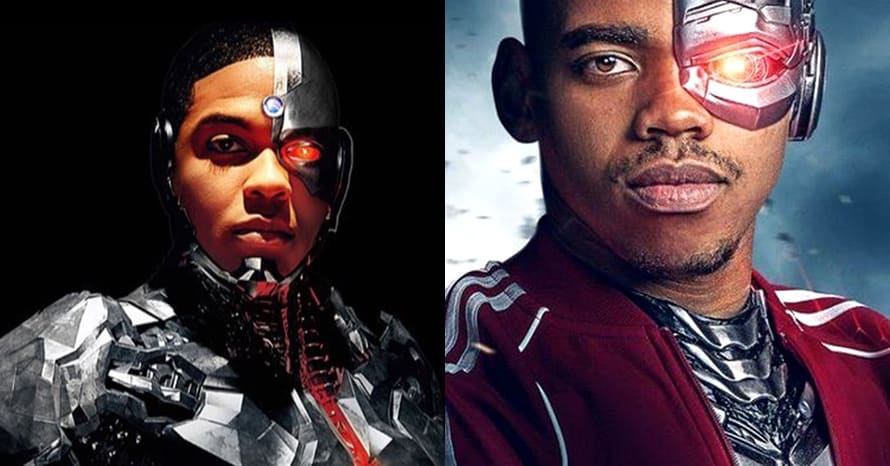 There’s definitely no bad blood between Doom Patrol‘s Jovian Wade and Justice League star Ray Fisher even though they both play two very different versions of Cyborg across TV and film. With Ray Fisher’s Victor Stone getting more of the spotlight in the Snyder Cut of the DC film which arrives on HBO Max next month, Jovian Wade revealed how excited he is to see more of the star’s Cyborg performance.

So far, the two different versions of Cyborg have allowed fans to get a lot out of the character. The theatrical cut of Justice League showed off a big-budget vision of what the hero can do, while Doom Patrol offers more of an insight into Victor Stone’s character and how he feels about his situation. When asked on Twitter about seeing more of Ray Fisher in the role, Jovian Wade says he can’t wait for the film – using the #Borglife tag the pair have frequently posted over the last few years. Take a look below.

Am I ready!? Yo I can’t wait lol gonna be crazy I know the boy @ray8fisher is gonna slay #BORGLIFE https://t.co/6maEGuC1FO

Are you excited to see Ray Fisher’s Cyborg in Justice League? What do you want from Jovian Wade’s hero in Doom Patrol season three? Sound-off

Here is the official synopsis for the movie:

Zack Snyder’s Justice League cut is expected to hit WarnerMedia’s HBO Max on March 18, 2021. Stay tuned for the latest news regarding Doom Patrol, Jovian Wade and Ray Fisher, and make sure to subscribe to our YouTube channel for more content!