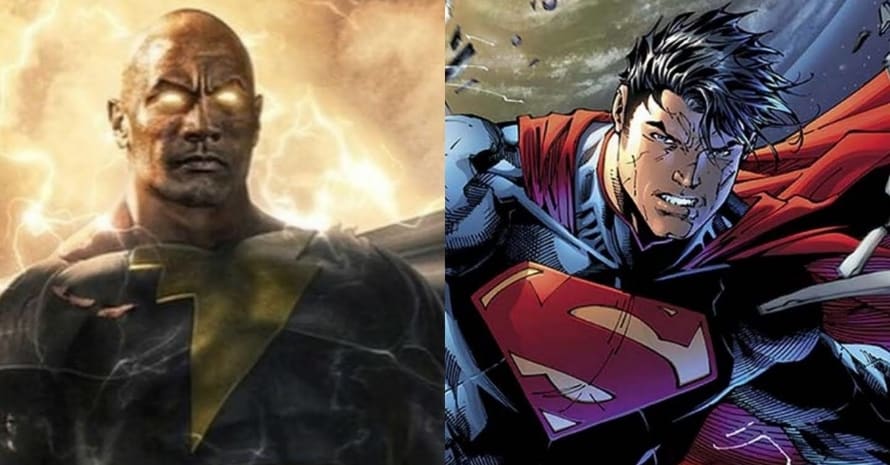 Dwayne Jonson discussed the possibility of the Black Adam franchise featuring a fight with Superman down the line.

Black Adam is traditionally known as a Shazam villain in the comics, but instead of turning up and facing Billy Batson, he will get his own solo journey first. Dwyane Johnson, who has been waiting in the wings for years to play the character, finally got a chance to suit up for the DC film that will hit theaters this summer.

Another character many DC fans want to see Black Adam go up against is Superman. Dwayne Johnson told Total Film that he’s well aware of what the fans want, and he’s feeling pretty good about it happening in the future:

“You get one shot out of the gates to build these characters properly. We paid attention to some of the pitfalls that other films had experienced in the past, in the world of DC, and what, rightfully, got a lot of fans unhappy and pissed – and, as a fan, I was one of them. So, let’s make sure we respect tradition and mythology, but let’s not be handcuffed creatively. We can do anything if we keep the audience first. So to me, there’s a battle that’s going to go down one day, between Black Adam and Superman. I don’t know who that Superman is going to be, and I don’t know who’s going to play him. That’s OK. I don’t need to know right now. But I’m confident in knowing that [laughs]. And that’s based out of what fans want. We worked backwards from there.”

In addition to Dwayne Johnson, the film stars Aldis Hodge as Hawkman, Noah Centineo as Atom Smasher, Quintessa Swindell as Cyclone, and Pierce Brosnan as Doctor Fate. Sarah Shahi, Marwan Kenzari, James Cusati-Moyer, and Bodhi Sabongui are also on board in undisclosed roles. Johnson, Dany Garcia, and Hiram Garcia of Seven Bucks Productions are producing the movie with Beau Flynn of FlynnPictureCo. FlynnPictureCo’s Scott Sheldon serves as an executive producer.

Black Adam is set to hit theaters on July 29, 2022. Stay tuned for all the latest news on the highly-anticipated Dwayne Johnson film, the future of Superman on film, and be sure to subscribe to Heroic Hollywood’s YouTube channel for more original content.