The film hits cinemas next year.

It has been a long time coming but Black Adam is finally in the pre-production phase, with Dwayne Johnson ready to finally assume the role. With the DC film mostly cast and a director found in Jaume Collet-Serra, things are looking good for Black Adam production-wise. However, there’s still a full year to go until the film hits cinemas, giving fans plenty of time to speculate, as well as allowing the cast and crew members to tease them.

In a recent photo posted on his Instagram, Dwayne Johnson has teased his Black Adam suit. We’ve known for a while what Black Adam’s suit will look like – essentially a more subdued and blackened Shazam! suit – but we’ve never seen the star wear it. Luckily, the image he posted does show him wearing it… technically. In the photo, Johnson is seen sporting a loose sweater, but if you look closely just at the base of his neck and the top of his chest, you can see the black and yellow Black Adam suit nestled in as an undershirt. 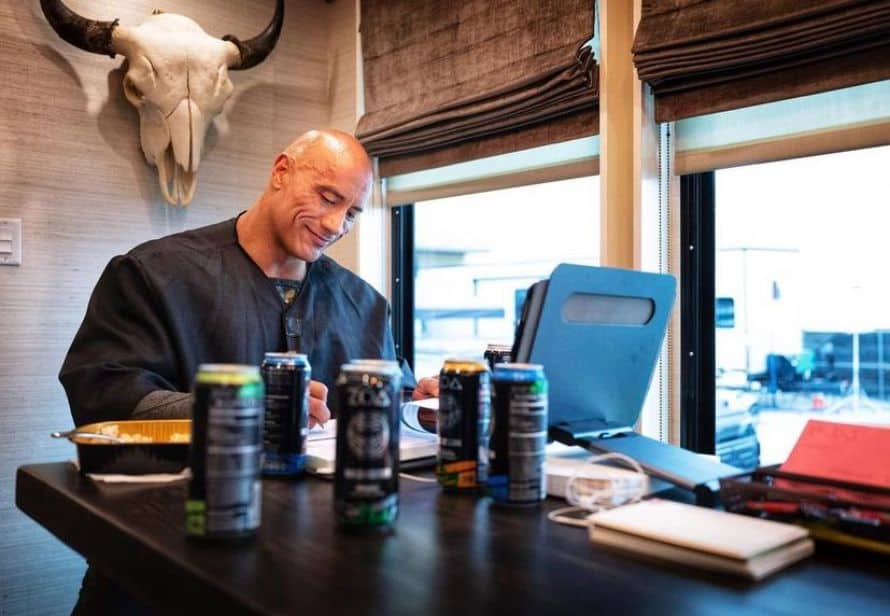 What do you think of this tease? Are you excited to see Dwayne Johnson as Black Adam? Comment below and let us know!

The film is currently scheduled to hit theaters on July 29, 2022. Stay tuned for all the latest regarding the film and the future of the DC Extended Universe, and be sure to subscribe to our YouTube channel for more original content.