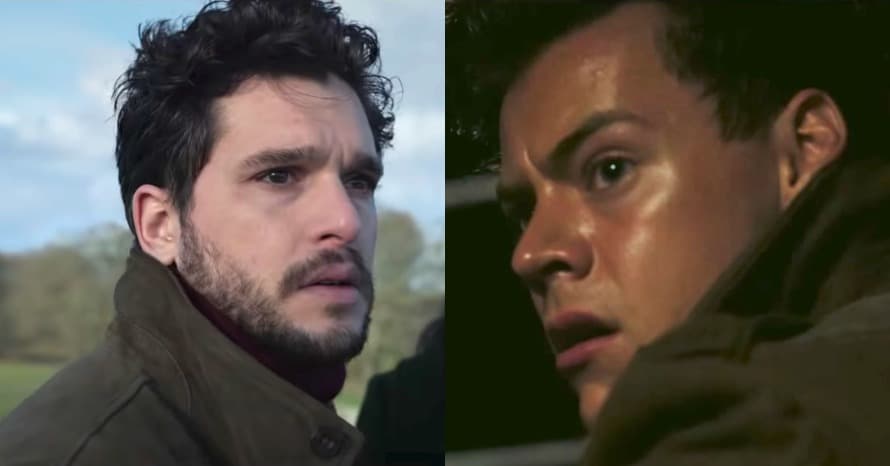 Marvel Studios’ upcoming film Eternals is shaping up to be one of the more unique entries in the franchise. The film comes from Academy Award-winner Chloé Zhao and features one of the most impressive casts of any MCU film. One of the film’s cast members is none other than Game of Thrones star Kit Harington, who plays Dane Whitman AKA Black Knight.

During an appearance on The Tonight Show with Jimmy Fallon, Kit Harington revealed that he resonated with his Eternals role given his previous work:

“I just think it’s an aura, I think that there’s a kind of, like… you just know. No one tells you, no one says you can’t say anything. First of all, I didn’t get sent a script, I just got sent ‘This is who you’re playing.’ And so I was like ‘OK,’ so I just had to Google the character, which is a hell of a way to kind of work out who you’re playing. I Googled him, and I was like, he’s a character called Dane Whitman, and I realized he has a sword and rides a horse, and I was like ‘I know this guy! I’ve been this guy!’ But actually he’s quite different.”

Kit Harrngton also touched on rumors regarding Harry Styles appearing in Eternals, to which he playfully responded:

It’ll be interesting to see if Harry Styles appears in Eternals in any form. The musician began his acting career in Christopher Nolan’s Dunkirk and will next appear in Olivia Wilde’s Don’t Worry Darling.

Eternals is set to hit theaters on November 5, 2021. Stay tuned for the latest news regarding Kit Harington, Harry Styles and the future of the Marvel Cinematic Universe, and subscribe to our YouTube channel for more content!