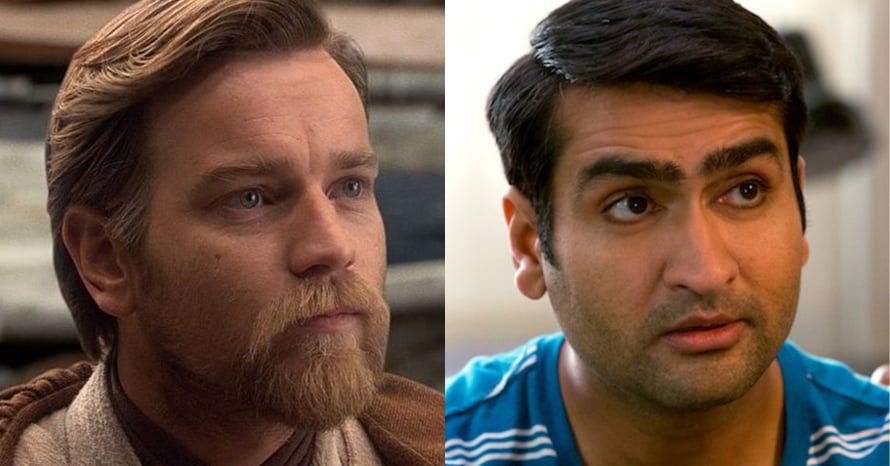 Ewan McGregor’s Obi-Wan Kenobi series has added Kumail Nanjiani, Sung Kang and more ahead of production kicking off in April.

One of the next Star Wars shows just added an incredible list of actors to its roster. Ewan McGregor’s Obi-Wan Kenobi series was already one of the most highly anticipated live-action shows heading to Disney Plus, but with Eternals star Kumail Nanjiani and Fast and Furious favorite Sung Kang onboard, it’s quickly looking like an impressive project.

Production on the show is set to start in April, with Ewan McGregor being joined by a brilliant array of actors. Moses Ingram, Indira Varma, O’Shea Jackson Jr., Simone Kessell, Rupert Friend and Benny Safdie have all joined the Obi-Wan Kenobi series in currently unknown roles while Joel Edgerton and Bonnie Piesse will also return to play Owen Lars and Beru Whitesun. It was confirmed last year that Hayden Christensen will reprise his role from the prequel trilogy as Anakin Skywalker/Darth Vader. Take a look at the confirmation of the cast below.

What do you want to see from Obi-Wan Kenobi series? Are you excited to see Ewan McGregor return to the role? Who do you think Kumail Nanjiani and Sung Kang will play? Sound-off in the comments below!

Directed by Deborah Chow from scripts written by Hossein Amini, Ewan McGregor’s Obi-Wan Kenobi series is just one of ten officially announced Star Wars shows for Disney Plus. The Mandalorian season two debuted on the streaming service this past November with stars Pedro Pascal. The series was written by Jon Favreau, who also serves as an executive producer alongside Dave Filoni, Kathleen Kennedy, and Colin Wilson. Karen Gilchrist is also on board as a co-executive producer.

A Rogue One prequel series centered on Cassian Andor is also in development with Diego Luna and Alan Tudyk reprising their respective roles. Tony Gilroy serves as showrunner on the series, which is currently filming in the United Kingdom.

Lucasfilm is working on several other Star Wars series for the Disney Plus streaming service, including projects focusing on Rosario Dawson’s Ahsoka Tano and the Rangers of the New Republic. A third season of the Pedro Pascal-starrer The Mandalorian is also in development at the streamer for a Winter 2021 release.