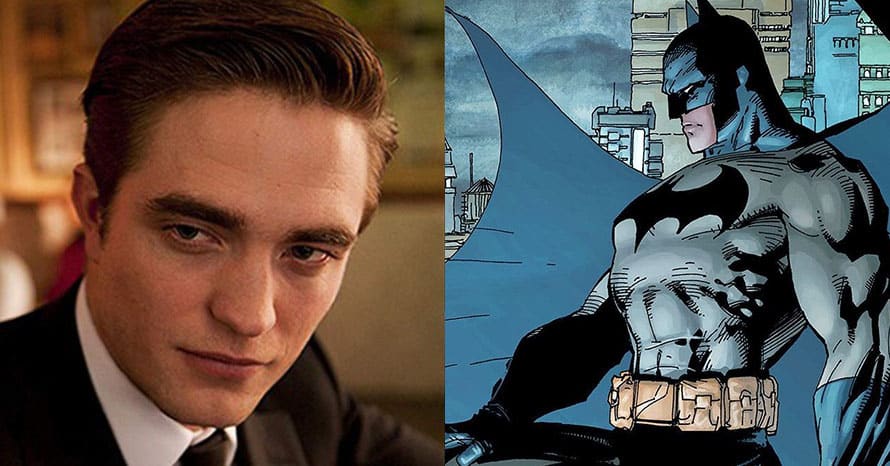 A fan has transformed Robert Pattinson’s Caped Crusader into the DC Comics villain, The Batman Who Laughs in an awesome new image.

Last year fans were shocked and intrigued to learn that Robert Pattinson of Twilight fame had been cast in the role of Batman. This had come off a trickle of news that saw Ben Affleck gradually step away from the role of Batman before leaving it altogether. But, it seems, that some fans have another Batman-related role in mind for Robert Pattinson. Specifically, that of The Batman Who Laughs.

Created by Scott Snyder and Greg Capullo The Batman Who Laughs is an alternate universe version of the Caped Crusader and served as one of the primary antagonists of the Dark Knights Metal storyline. Specifically, the character is from Earth -22 and was one of many negative universes that were doomed to die. In some of these doomed universes, Batman had gone mad and did anything he could to survive. In The Batman Who Laughs case, Bruce Wayne was exposed to a more pure form of Joker’s gas, turning him into a warped version of himself, retaining all of his strength and intellect but also giving him the Joker’s lack of morality and warped sense of humor. Now some fans want to see Robert Pattinson take on the role of this version of Batman as well.

In a recent post, digital artist spdrmnkyxxiii shared his version of Robert Pattinson as The Batman Who Laughs. You can see the full image below:

What do you all make of this image? Would you like to see Robert Pattinson portray The Batman Who Laughs? What do you think of his casting in the role of the Caped Crusader? Let us know what you think in the comments below!

Full plot details on Robert Pattinson’s The Batman are currently being kept under wraps. The film will revolve around a younger version of Bruce Wayne and feature a Rogues’ Gallery of villains that includes Catwoman, The Penguin, and The Riddler. The Matt Reeves film will follow the Dark Knight during his early years as Gotham City’s protector and will make use of the hero’s detective skills to a greater extent than previous DC films. It is expected to be the first chapter in a new Batman trilogy with Robert Pattinson.

Directed by Matt Reeves from a script he co-wrote with Mattson Tomlin, The Batman stars Robert Pattinson as the Dark Knight, Zoe Kravitz as Catwoman, Paul Dano as the Riddler, Jeffrey Wright as Commissioner James Gordon, John Turturro as Carmine Falcone, Peter Sarsgaard as Gil Colson, Jayme Lawson as Bella Reál, with Andy Serkis as Alfred Pennyworth, and Colin Farrell as the Penguin.