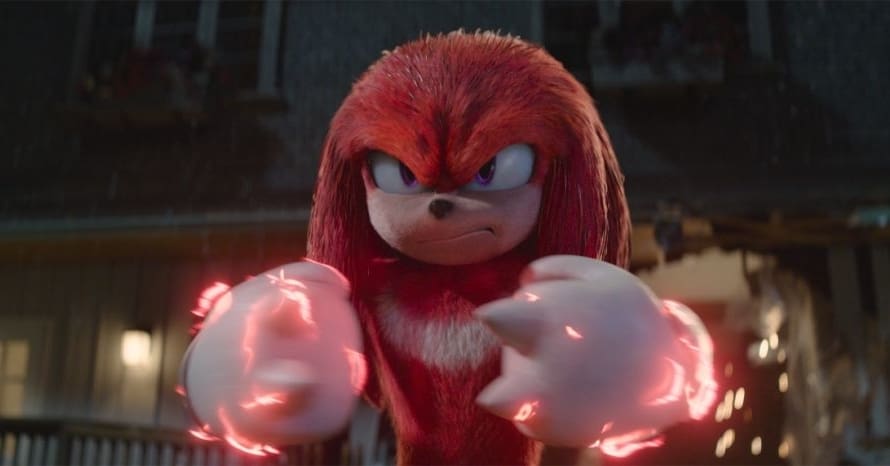 The first trailer for Sonic The Hedgehog 2 has been released showing Idris Elba’s Knuckles battling the iconic speedster.

Sonic The Hedgehog was one of 2020’s few movie surprise stories. While the initial trailers for the film looked bad it eventually proved itself to be a perfectly fine film. The film currently has a 63% approval rating on Rotten Tomatoes and went on to earn over $319M worldwide on an $85M budget. A sequel was quickly put into development.

Since the first film was released, news about Sonic The Hedgehog 2 slowly trickled out with producing wrapping back in July. This included the casting of Idris Elba as Knuckles although it was unknown what role he would be playing in the film. Now, thanks to the trailer, we know he will be aiding Jim Carry’s Doctor Robotnik.

Earlier today the first trailer for Sonic the Hedgehog 2 was released, showing a new partnership with longtime ally Tails, Chaos Emeralds, Doctor Robotnik’s return, and Idris Elba’s Knuckles wiping the floor with Sonic. You can see the full trailer below:

Here is the official synopsis for Sonic The Hedgehog 2:

The world’s favorite blue hedgehog is back for a next-level adventure in SONIC THE HEDGEHOG 2. After settling in Green Hills, Sonic is eager to prove he has what it takes to be a true hero. His test comes when Dr. Robotnik returns, this time with a new partner, Knuckles, in search for an emerald that has the power to destroy civilizations. Sonic teams up with his own sidekick, Tails, and together they embark on a globe-trotting journey to find the emerald before it falls into the wrong hands. From the filmmakers behind The Fast and the Furious and Deadpool, SONIC THE HEDGEHOG 2 stars James Marsden, Ben Schwartz as the voice of Sonic, Tika Sumpter, Natasha Rothwell, Adam Pally, and Jim Carrey returning, alongside new additions Shemar Moore, with Idris Elba as the voice of Knuckles, and Colleen O’Shaughnessey as the voice of Tails.

Sonic The Hedgehog 2 is currently set to be released on April 8th, 2022. Stay tuned for all the latest news surrounding the upcoming film and be sure to subscribe to Heroic Hollywood’s YouTube channel for more original video content.