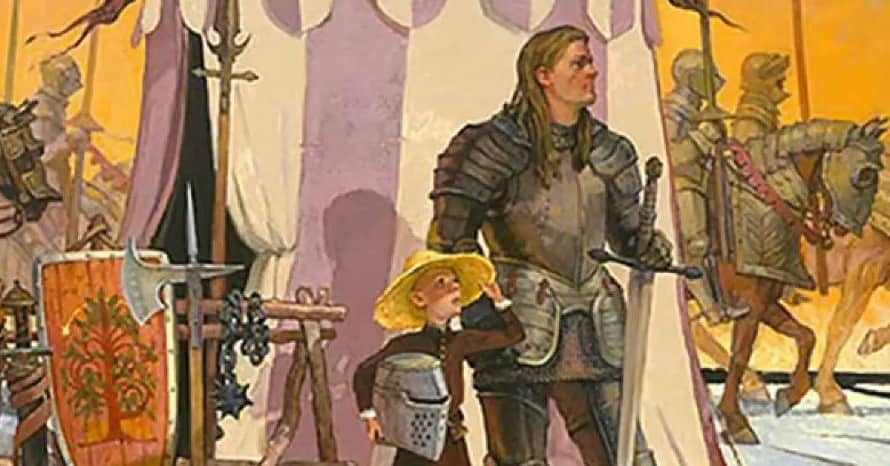 HBO’s upcoming Game of Thrones prequel Tales of Dunk and Egg has added The Pursuit of Happyness scribe Steve Conrad as a writer and executive producer.

As the original Game of Thrones series was drawing to a close, HBO made it clear that it was not letting the franchise go on ice. A number of prequels and spinoffs were quickly put into works. The most notable of which was the canceled series starring Naomi Watts. Following this, another series, titled House of Dragons starring Doctor Who actor Matt Smith was immediately put into development. These two series, as it turned out, were not the only prequels that were being made.

Earlier this year, it was revealed that a series based around The Tales of Dunk and Egg novellas in the A Song of Ice And Fire universe was in development. The Tales of Dunk and Egg consist of three novellas titled The Hedge Knight, The Sworn Sword, and The Mystery Knight. Taking place 90 years before the events of the main series, the novellas focus on the characters Dunk and Egg would eventually become the future Lord Commander of the Kingsguard, Ser Duncan the Tall, and king Aegon V Targaryen. Now the Game of Thrones prequel has found a writer.

According to a new report from Variety, the Dunk And Egg prequel series has added Steve Conrad as a writer and as an executive producer. Steve Conrad’s writing resume includes the Nicolas Cage film, The Weather Man, Will Smith’s The Pursuit of Happyness, and The Secret Life of Walter Mitty. It is currently unclear if Conrad will serve as the showrunner or what connection it will have to House of Dragons.

Here is the synopsis for the latest Game of Thrones spin-off series, House of Dragons:

Based on George R.R. Martin’s book Fire & Blood, the series will tell the story of House Targaryen (a.k.a. the House that gave us the Mother of Dragons herself, Daenerys Targaryen) and take place 300 years before the events of Game of Thrones.

All episodes of Game of Thrones are available to stream on HBO Max. Stay tuned for all the latest news surrounding the Game of Thrones prequels and be sure to subscribe to Heroic Hollywood’s YouTube channel for more original video content.