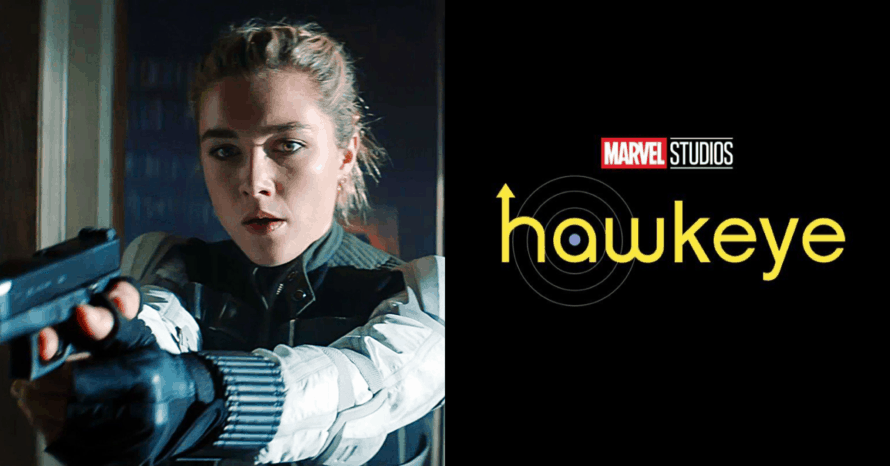 Hawkeye directors Bert and Bertie have addressed the return of Black Widow star Florence Pugh as Yelena Belova and her future in the series.

Florence Pugh made her debut in the Marvel Cinematic Universe as Yelena Belova in Black Widow. While not biologically related, her character and Scarlett Johannsson’s Natasha Romanoff considered each other sisters owing primarily to the time they spent together living in America as children. The after-credits ending of the movie showed her meeting with Julie Louis-Dreyfus’ Valentina who was sending the Black Widow to kill Hawkeye but was confirmed to be involved with the show in December of last year. Last week, this scene finally paid off in the Disney Plus series.

Towards the end of the episode, Hawkeye and Kate Bishop attempted to break into an apartment containing a watch that Alaqua Cox’s Echo was after for unknown reasons. Hawkeye was then ambushed by a masked figure. After an intense fight, the assailant was unmasked revealing it to be Florence Pugh’s Yelena Belova. She then escaped by repelling off of a roof.

In a recent interview Hawkeye directors, Bert and Bertie addressed the character’s return and specifically responded to the question as to whether or not the character would return. “Having Marvel secrets is really fun,” Bert said. “If it’s something we want to keep secret from the fans, it means they’re really going to enjoy it, and the reveal of the character has already got people really excited. I genuinely can’t remember if that character comes back, but maybe?”

“She jumps off a roof and never appears again,” Bertie joked. “Yeah, you already know the answer to that,” Bert responded.

Here is the synopsis for Hawkeye:

The first four episodes of Hawkeye are now available to stream on Disney Plus, with new episodes dropping on Wednesdays. Stay tuned for all the latest news surrounding the Jeremy Renner series and be sure to subscribe to Heroic Hollywood’s YouTube channel for more original video content.