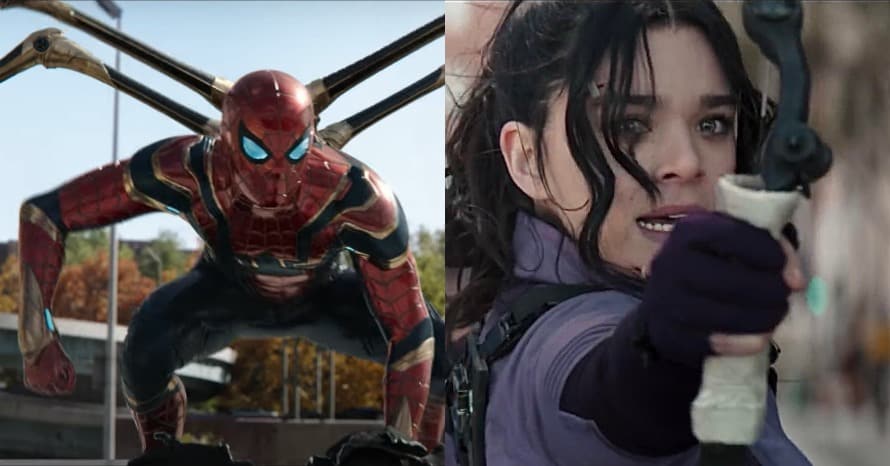 The fifth episode of Hawkeye features a throw-away line that hints at Spider-Man: No Way Home.

Spoilers ahead for Hawkeye.

It’s an insane week to be a Marvel head, huh? This week not only saw the most explosive episode of Hawkeye we’ve seen yet, but also the release of Spider-Man: No Way Home, one of the most anticipated films in recent memory. The latest episode of the Marvel series brought with it major revelations, as well as a key reference to the upcoming Spidey threequel.

This week’s episode of Hawkeye brought Florence Pugh’s Yelena Belova into the mix. When chatting with Kate Bishop about what she really wants, the Russian native mentions that she wants to see New York for all it has to offer in the limited time she has.

“Well… It’s my first time in New York! But it’s a business trip so time is limited, but I do want to see some things. I want to see the Empire State Building, the new and improved Statue of Liberty, and the Rockefeller Center.”

Note the “new and improved Statue of Liberty”. Though the Marvel series doesn’t explicitly imply or show what the updated historical landmark looks like, we’ve seen a brief glimpse of it in the promotional footage for Spider-Man: No Way Home. The trailer for the Spidey threequel features the Statue of Liberty rocking Captain America’s iconic star-spangled shield. A throwaway reference like this is just a testament to how seriously Marvel Studios takes world-building.

The statue still appears to be under construction in No Way Home, so it’s unclear if Hawkeye takes place before or after the web-crawler’s latest outing. From what we’ve seen, it looks like the big climactic battle at the end of the film takes place at the Statue of Liberty. Seeing as there’s one more episode to go, there’s a chance we might find out more about how the show fits into the larger Marvel Cinematic Universe and if the show is concurrently running alongside Spider-Man: No Way Home.

Here is the synopsis for Marvel Studios’ Hawkeye:

The first five episodes of Hawkeye are now available to stream on Disney Plus, with new episodes dropping on Wednesdays. Stay tuned for all the latest news surrounding Vincent D’Onofrio’s future as Kingpin in the MCU, and be sure to subscribe to Heroic Hollywood’s YouTube channel for more original video content.