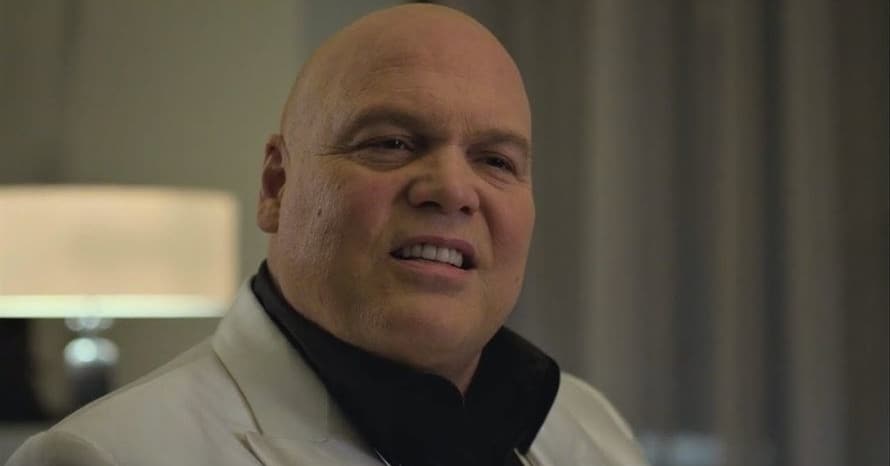 Vincent D’Onofrio has responded to the complaints that the version of Kingpin in Hawkeye is overpowered.

Kingpin has officially been folded into the Marvel Cinematic Universe. The season finale of Hawkeye introduced Vincent D’Onofrio’s nefarious villain to the larger MCU. D’Onofrio first appeared as the powerful character in Netflix’s Daredevil series, where he went head to head with the titular hero on several occasions. While Kingpin’s return was mostly praised across the board, some fans complained about how “overpowered” the character was in Hawkeye.

During a conversation with ComicBook.com’s ComicBook Nation podcast, Vincent D’Onofrio opened up about the complaint. Many believed that his fight with Kate Bishop was unprecedented as the villain was tossing her around like nothing. However, D’Onofrio rebutted the complaint by bringing up a scene from Daredevil that emphasized the character’s notorious strength. In doing so, he discussed how his bloody fight with Kate Bishop wasn’t any different than his tussles with Daredevil.

“You know I learned recently, a couple of the fans, they were very excited about it, they were commenting about the strength that I have. Because I’m throwing Kate [Bishop] around and stuff. But, I totally forgot. I just saw a clip on Twitter of me and Charlie [Cox] fighting in [Stephen] DeKnight’s first season. Obviously, he’s an incredible director. He helped develop the character of Wilson Fisk.”

“There’s a scene that we shot on an alley, in a street in Brooklyn, where I’m literally throwing Daredevil (Charlie) through the air. Like, I’m picking him up and swinging him 15 feet into a garbage can. I do it a few times in that fight. It’s no different, it’s really not. So, I keep saying that it’s the same Fisk that was in Daredevil. It’s the same canon, but people get confused about things. I understand.”

Vincent D’Onofrio returned as Kingpin in Hawkeye. Here is the synopsis:

The first season of Hawkeye is now available to stream on Disney Plus. Stay tuned for all the latest news surrounding the series, Vincent D’Onofrio’s Kingpin and the possible return of Vanessa, and be sure to subscribe to Heroic Hollywood’s YouTube channel for more original video content.