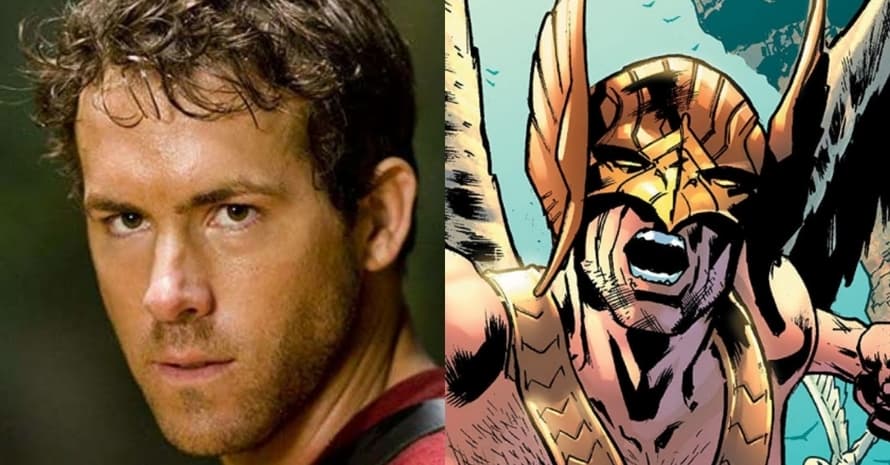 Deadpool star Ryan Reynolds was imagined as Hawkman in an awesome concept design before Aldis Hodge was confirmed for the role in Dwayne Johnson’s Black Adam.

Ryan Reynolds will return as Deadpool for a sequel that is now in development over at Marvel Studios, but there was a time when his future in the role was in doubt due to the Disney-Fox deal. Reynolds has already appeared in the DC universe as Green Lantern, but a few fans pegged him as someone who could play Hawkman since Dwayne Johnson’s Black Adam will feature the Justice Society.

During DC FanDome, a concept art sizzle reel for Dwayne Johnson’s Black Adam teased the film’s direction and its characters. Well-known digital artist BossLogic was behind the art, and before Invisible Man star Aldis Hodge boarded the DC film as Hawkman, he envisioned Ryan Reynolds in the role. You can check out the art of Reynolds as Hawkman below.

Do you think Ryan Reynolds would’ve been a solid choice for Hawkman? Feel free to share your thoughts in the comments section below!

Here is the official synopsis for Ryan Reynold’s Deadpool 2:

Deadpool 2 is now available on 4K Ultra HD, Blu-Ray, DVD, and Digital HD. Black Adam is currently scheduled to hit theaters on December 22, 2021. Stay tuned for all the latest news on Ryan Reynolds’ Deadpool 3, Black Adam, and be sure to subscribe to Heroic Hollywood’s YouTube channel for more original video content.