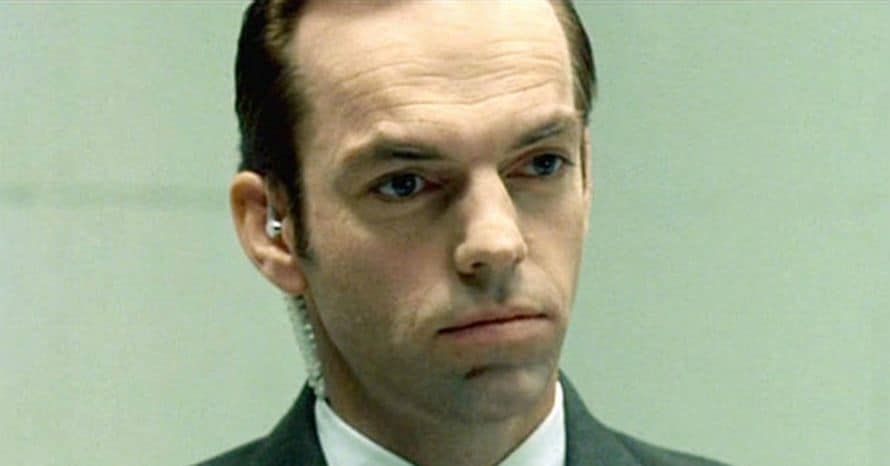 The Matrix Resurrections is a film that has quickly divided fans and critics. In the build-up to the film’s release, many noted that several members of the original cast were notably absent. This included original co-director Lilly Wachowski who stayed away for personal reasons and Laurence Fishburne’s Morpheus for unknown reasons. Also included on this list, however, was Agent Smith actor Hugo Weaving.

Hugo Weaving has, in the past, discussed his role as Agent Smith in The Matrix Resurrections. The way he tells it, the dates he was available to shoot didn’t work for director Lana Wachowski and she pulled the plug on negotiations. Now writer Aleksander Hemon has revealed that they wrote a role specifically with Hugo Weaving’s character in mind:

“So we did write some roles, I’m not going to give it away, but we wrote a character for someone we thought would play [it] and then it was not possible. And so still, we didn’t change anything radically, but we were just imagining this actor in the role. And then it turned out that it was not possible, but we didn’t change any lines with that. So that actor is still inscribed in the role.”