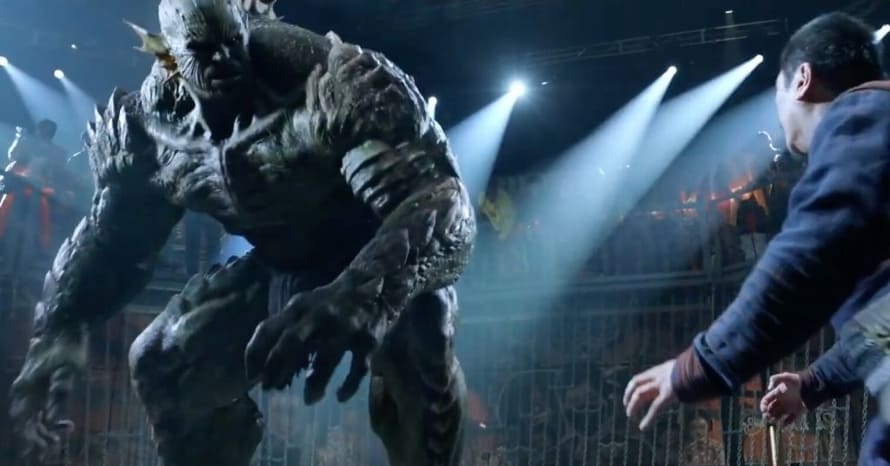 Shang-Chi and the Legend of the Ten Rings producer Jonathan Schwartz has confirmed that The Incredible Hulk star Tim Roth will be voicing Abomination in Marvel’s latest.

One of the biggest surprises during Shang-Chi‘s promotional run was when Abomination, last seen in The Incredible Hulk, was seen duking it out with Doctor Strange’s Wong in a cage match. It has been over a decade since Abomination was last seen on screen, so it’s easy to imagine indie darling Tim Roth moving on from the villainous role. Many believed that Roth wouldn’t be returning and would simply be recast but that simply isn’t the case.

In a new interview with The Direct, Marvel producer Jonathan Schwartz revealed that Tim Roth is the one behind Abomination’s terrifying voice.

“Roth did some vocalization for us… he certainly was part of that process. There will be more of Abomination to come, so more of that story to be told. With regards to Shang-Chi, it sort of came down to who would be the coolest character for this moment? Who do we want to see in that ring? And then understanding who would make sense for whatever ongoing stories they have going on out there in the bigger universe.”

Schwartz is, of course, teasing Abomination’s upcoming appearance in Disney Plus’ She-Hulk, which will also see Mark Ruffalo reprising his role as The Hulk. Details are slim on Tim Roth’s appearance in Shang-Chi, but hopefully, we’ll find out what the character has been up to since we last him in The Incredible Hulk.

Here is the synopsis for Shang-Chi and the Legend of The Ten Rings:

Stay tuned for all the latest news surrounding Shang-Chi and the Legend of The Ten Rings, the future of the MCU as we learn it, and be sure to subscribe to Heroic Hollywood’s YouTube channel for more original content!