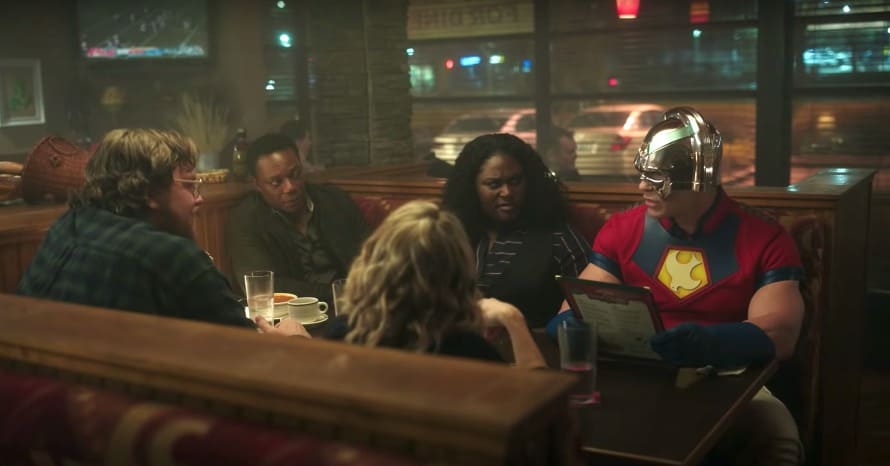 James Gunn has revealed just how many post-credits scenes Peacemaker will have.

The first major offering from DC this new year will be James Gunn’s Peacemaker series. Set after the chaotic events of The Suicide Squad, the show will focus on the titular patriotic hero as he attempts to save America from nefarious forces. As he goes on missions, Peacemaker’s origins will be explored as well, giving fans insight into just how Christopher Smith got unhinged. Each episode of the irreverent series has been written by James Gunn, and the showrunner has been confirmed as the director of five of the eight episodes.

One component of superhero projects that fans enjoy is post-credits scenes, which have quickly become a staple across the genre, whether it be on television or the big screen. James Gunn is no stranger to post-credits sequences as the director has embraced their playful nature in past projects like Guardians of the Galaxy and even The Suicide Squad.

A fan took to Twitter to ask if the Peacemaker series would feature any post-credits sequences and it turns out that each episode will feature a stinger of sorts.

Well, it looks like we’ll have to stay past the credits to get the full story on Peacemaker when he makes his small screen debut in a few weeks. James Gunn has previously used post-credits scenes in comedic and irreverent ways, so it’s likely that the sequences for Peacemaker won’t be super plot-heavy. As for when you can catch more footage of the show? James Gunn has revealed that HBO Max will debut a new trailer on New Year’s Day.

Here’s a synopsis for Peacemaker:

Peacemaker was created by James Gunn, who wrote all the episodes and directed five of them. The first season will consist of eight episodes, with Brad Anderson, Jody Hill, and Rosemary Rodriguez also directing episodes. Clint Mansell and Kevin Kiner will compose the score.

Peacemaker premieres on HBO Max on January 13, 2021. Stay tuned for all the latest news surrounding the upcoming series and be sure to subscribe to Heroic Hollywood’s YouTube channel for more original video content.